Greetings fellow recruits!, welcome to the second entry of the Weapon fury program. Celebrating the completion of the entire idea, these old furies have been remastered to ''Match with the new ones."
The previous weapon, Ion Blaster has been remastered. Now it’s time for Neutron Gun.

This was the hardest fury to visualize due to it having two variations. I managed to get both in here and they work differently. One variant turns chickens touched by a cloud of gas into toxic chickens, and the other variant just damages them all with a whopping 1,000 damage each. The gas cloud can spread to multiple enemies quickly making it much more lethal. 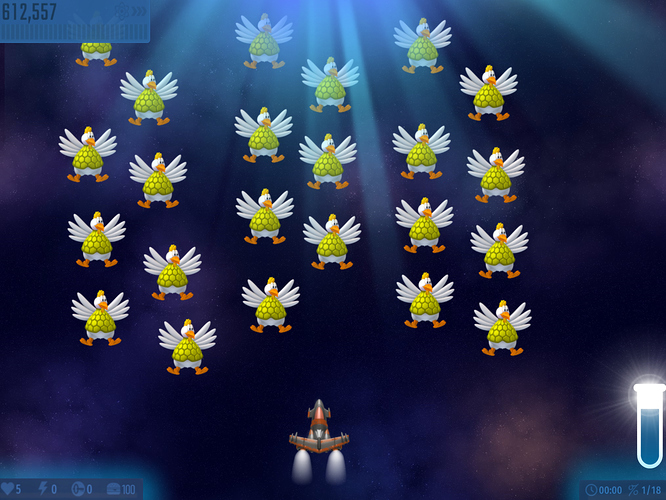 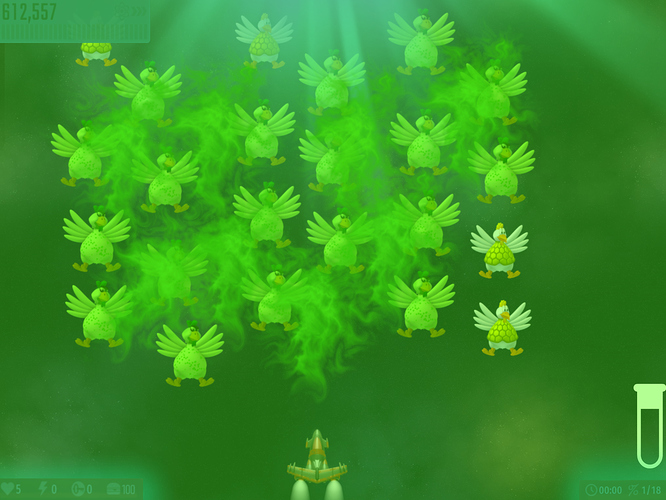 Upon activation of the Meter, the Hero will release a gas of cloud that goes straight. Once hitting an enemy, it will turn it into a toxic chicken. After the chicken is hit and transformed, if there are any other chickens near it, the cloud will spread to them turning them into a toxic chicken as well. This can be very lethal if performed in tight chicken groups. Because if they are turned into a toxic chicken, they will not be able to shoot any projectiles at you. The only way they would be able to kill you is with the death cloud upon their death. 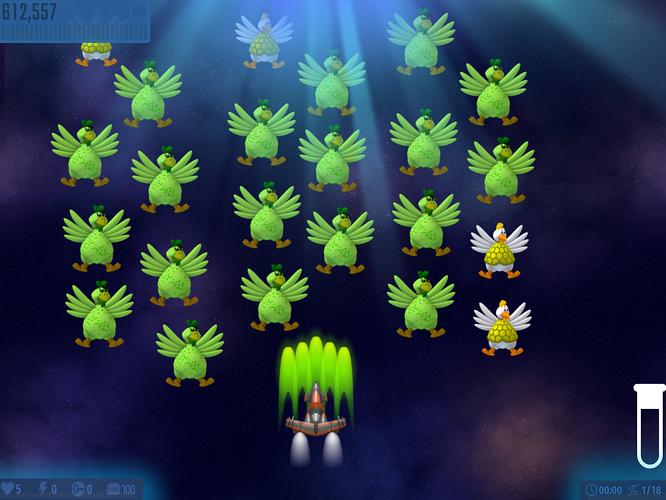 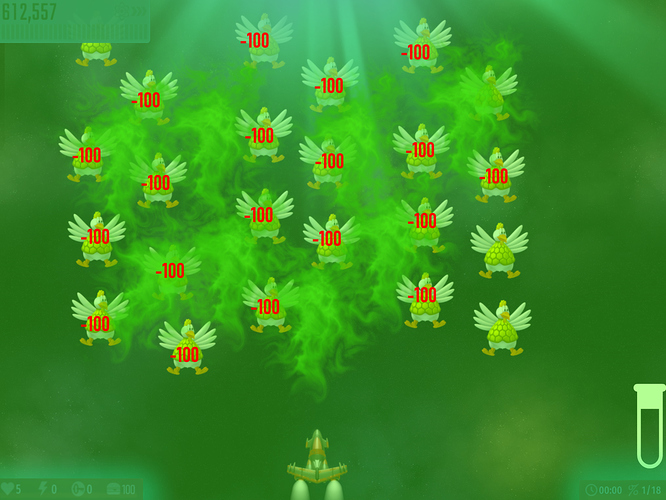 Upon activation of the Meter, the Hero will release a gas of cloud that goes straight. This particular cloud also has the ability to spread from enemy to enemy. But this time instead of changing the chickens into toxic breeds, they will instead just take a whopping 1,000 damage each per second. This ability is more lethal than the last one because along with the cloud being able to pierce through anything, it will deliver constant damage to a large group of chickens. 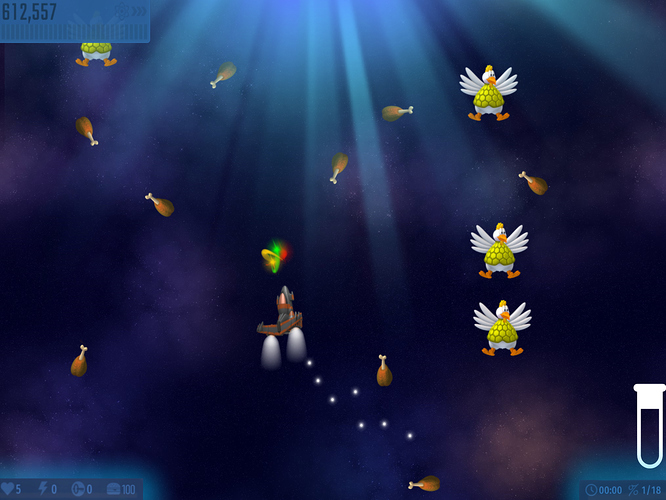 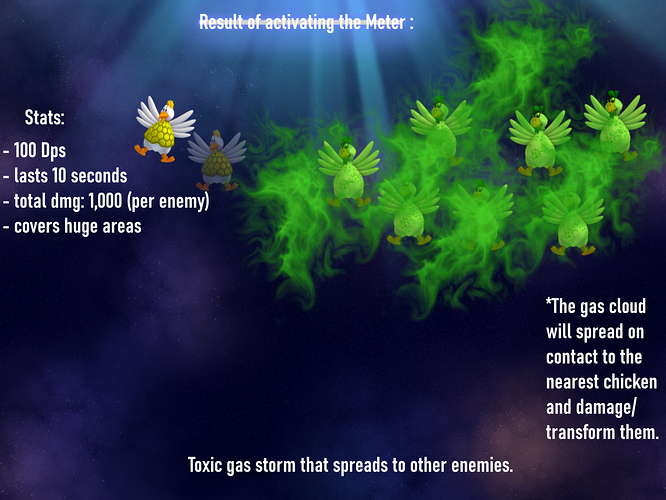 @Pidgey you can also add the “also check my Ion Blaster Weapon Fury part”
Just a Suggestion
and yeah all of ur Ideas are great so…
Awesome!

Nice! Will it count for Multikill or not?

Yea it will, since the enemies inside the cloud will die simultaneously.

Although it depends on which variant gets added, if at all.

Nice idea, but what if u used this on chickens that is near us and we don’t have no choice?

Well don’t rely on the Fury Power to save you all the time.

question:
Is the cloud from the meter deadly?

soo if i understand weapon fury works like a special attack like in touhou when you use spell?

So if I didn’t press X and waited, the food I collected while not using the Meter will count for a 2nd one or not?

The Meter will go empty at the end of the mission if left full. Food collecting will be just like it used to be, They just have another purpose to them. (This)

Another thing, when collect 100 food and the Meter gets full will the food count at the bottom left reset?

They just have another purpose to them. (This)

So basically if it’s full the food won’t fill up another one.

soo if i understand weapon fury works like a special attack like in touhou when you use spell?

You can use it as many times as you want, but each Meter requires 100 units. (it doesn’t take away from your food amount, it just adds it to the Meter, so its best if you can use the Fury attack as soon as you can to profit off of the mechanic.)

Laser Cannon will come either tomorrow or the day after.