Greetings fellow recruits!, welcome to the fourth entry of the Weapon fury program. Celebrating the completion of the entire idea, these old furies have been remastered to ''Match with the new ones."
The previous weapon, Neutron Gun has been remastered. Now it’s time for Absolver Beam .

This one has a pretty fun fury. It starts off weak by shooting two small beams to the left and right corners of the screen. These two beams will slowly emerge from the corners and travel to the center of the spacecraft. Once they are there, they will form together and create a bigger beam that gets instantly shot in the middle. This one is much stronger than the two beams. Dealing a whopping 20,000 dmg.
Let’s get into it. 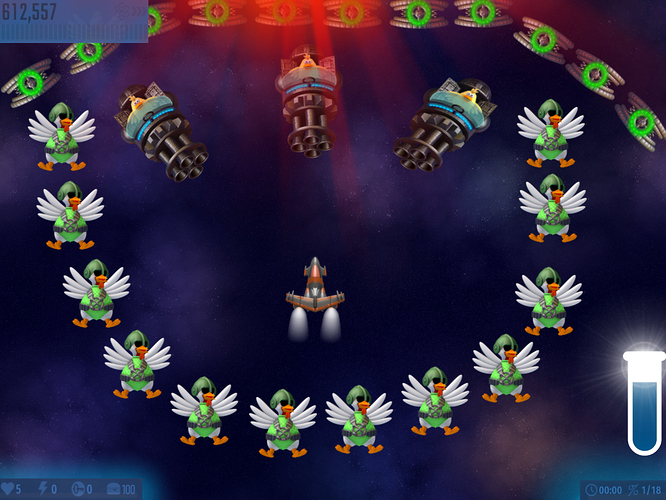 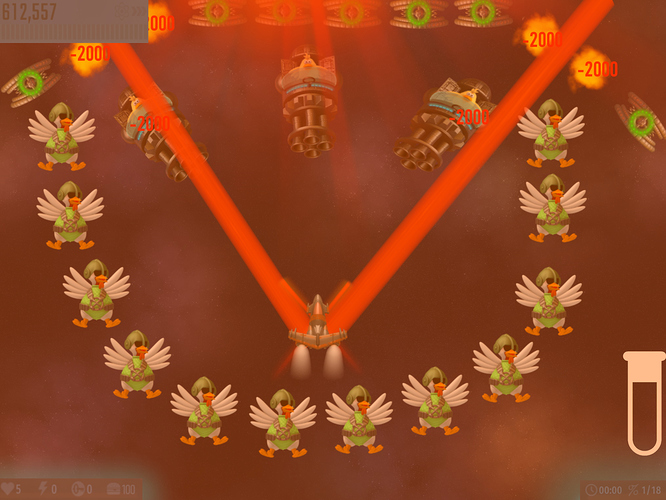 The hero shoots two small beams to the left and right corners of the screen. They deal 2,000 dmg each second and pierce. They aren’t that spread but they can cover a pretty wide area of enemies. These two beams will travel slowly to the center of the screen and then form a larger beam that is far stronger and gets shot straight. 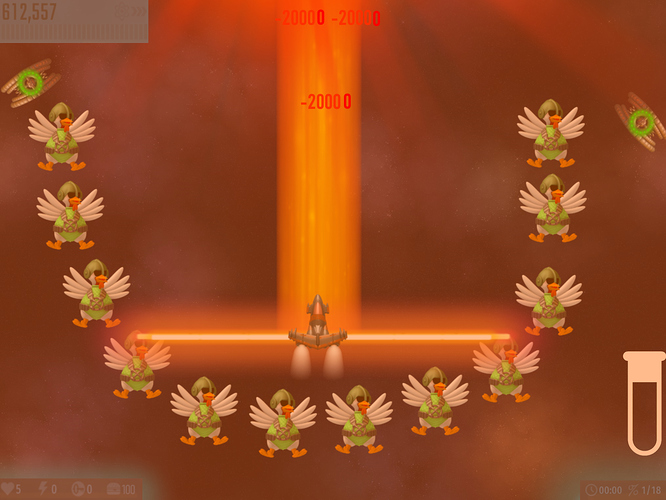 Once the two beams collide, they will form a larger beam that does insane damage. (20,000 to be exact.) It will go straight unlike the two beams. 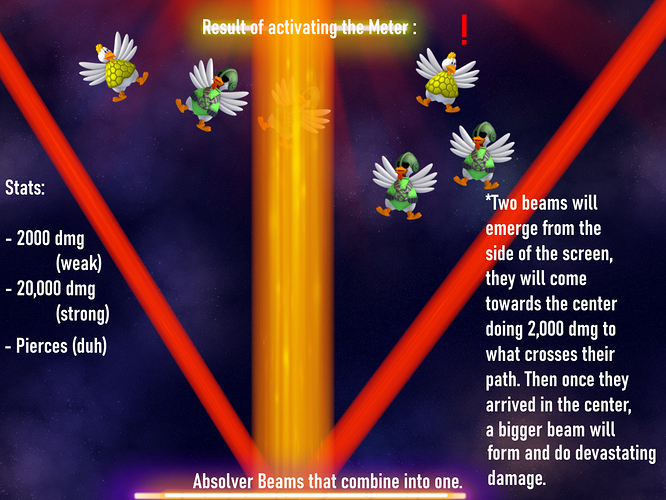 Other weapons that have been done already. (All Complete.)

Launch 8 giant charged photon, moving around you for 2 seconds. Dealing damage too all chickens who touch it, erase projectiles and it won’t disappear upon contact. 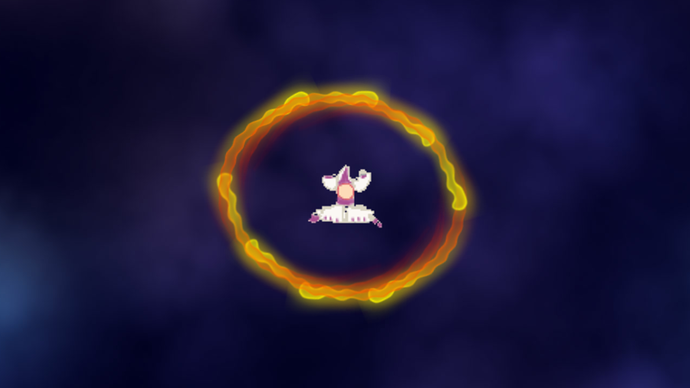 After 2 seconds, all 8 photons home on the nearest chicken, dealing area damage. 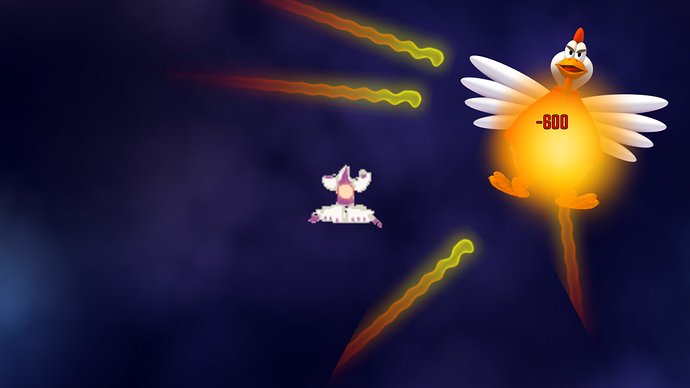 Well, the poll is unlikely to change, Lightning is known to win. Name of fury? Absolver Charge!

Once the poll finishes Lightning Fryer will be out Instantly.

yes, it can also pull bosses.

End bosses will not be pulled. (immune)

That sounds a lot like the Chaser weapon from Cuphead. I like it! (i wish chasers special was as awesome as that photon fury thing ;-; )