Greetings fellow recruits! Welcome to part 3 of the Weapon Fury Program. Today we have the Laser Cannon on the list.

This one also took a bit of thinking to do, a little more than the Neutron Gun you could say. I decided to stick to the weapon’s own bullets for this one. We’ll see how the other weapons will play out, I want to make every weapon have a very own special power as I’ve said before. Anyway, let’s get into it. 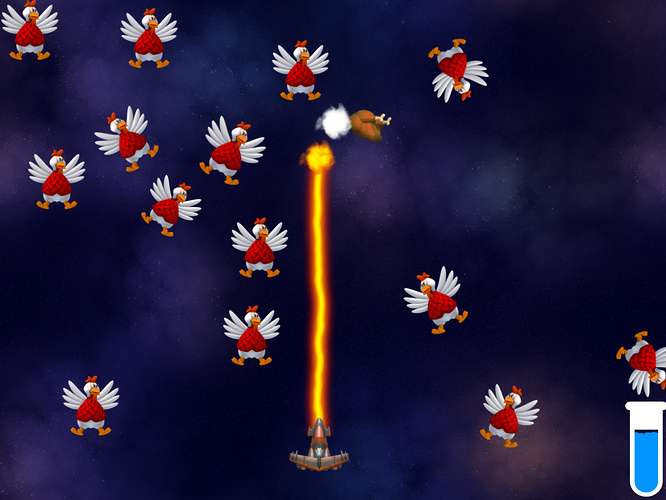 As you can see here, the Meter isn’t completely filled up to the max. (Currently 90 units of food inside it.)
I wanted to showcase how collecting food items fill the Meter since some people have been a little confused by the mechanic. 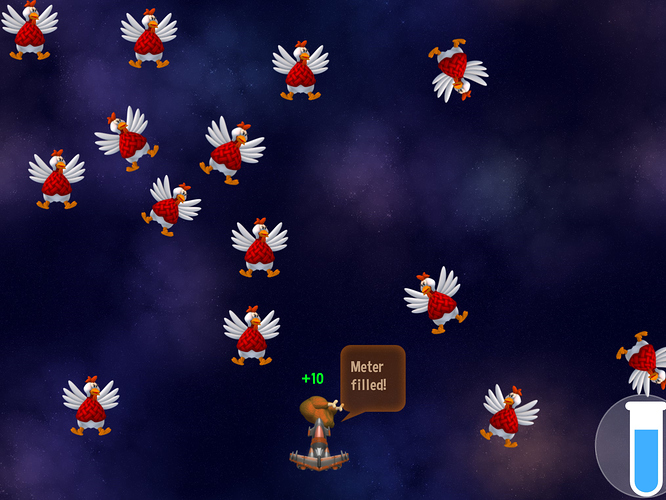 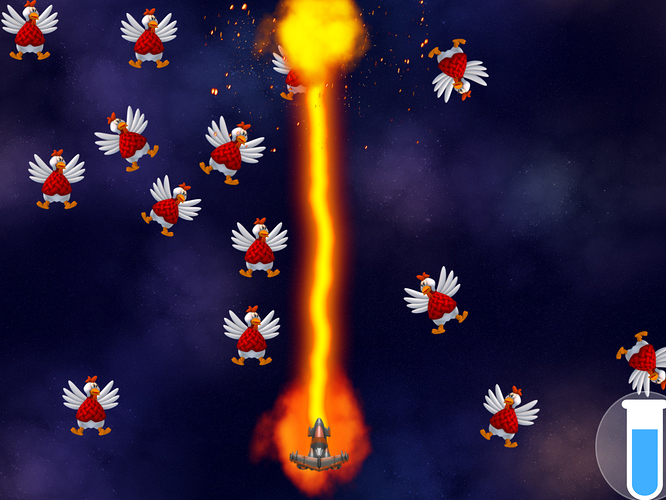 The hero shoots a huge Laser causing a big explosion that can eradicate chickens that are squished together. (The special effects shown are not really required to be added.) 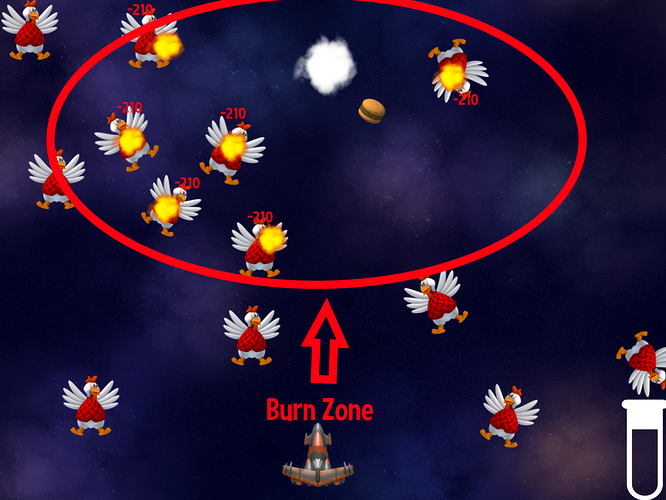 After using the power, the huge laser will cause nearby chickens within the zone of the explosion to start burning for 5 seconds.

So, promises to be great. Are they all so powerful at maximum power?

wow that is powerful

The damage does not depend on how many

you collect.
The damage will always be based on

oh now i understand thanks

I know, but it’s a bunch of lasers anyway. Besides, what do you think to call this Fury, Burning Bunch? #1 Omni Blaster #2 Toxic Gun. I guess every fury should have a name.

Sorry for this stupid question but what is DPS?

where is ion blaster?

It has been done already. Weapon Fury #1 (Ion Blaster)

Post has been updated with things that should make it easier to understand.

Uhm what if you scooped a chicken near you? will you be burnt also?

Its the same as when you shoot a missile in the center of the screen, no damage will be done to your ship.