Greetings fellow recruits!, welcome to the grand finale of the WFP (Weapon Fury Program). As promised in the last few posts by me, here is the entire Summary of this idea. Its core key mechanics and further explanation on it and the effects it could have on the game. Please read everything Carefully.

Once reached tier 30, you will get access to the new ability for all weapons: Weapon Furies.
After you buy any weapon from the shop and upgrade it to

8 you will get access to that weapon’s respective fury attack. Fury attacks are stronger abilities that your weapons can perform by filling the Meter (or test tube if you prefer.) Up to 100 food units. After you managed to collect that amount and fill the Meter to the max, you will have already unlocked your attack for that weapon. Keep in mind: you can only bring in ONE fury per mission. To avoid abuse of the feature and make the game too easy. The abilities themselves are already stronger than their normal form. It would be too much at once if you could have it enabled for every single weapon that you collect within the mission. Most fury attacks last up to 5 or 10 seconds. (Most offensive furies only last 5 seconds, while more defensive furies usually last up to 10.) You can use these furies to your own advantage. This mechanic would be one that would change the game completely. The furies will require you to press the key X on your keyboard after collecting the required food amounts.

Below here, I’ve taken all the made furies for the other two spacecrafts in the game: Müllers,
Henne & Cock. These show how the furies will look for the Bomber spacecrafts. Some furies behave the same way as they would on the other spacecrafts. But most of them are new and refined and have new stats. 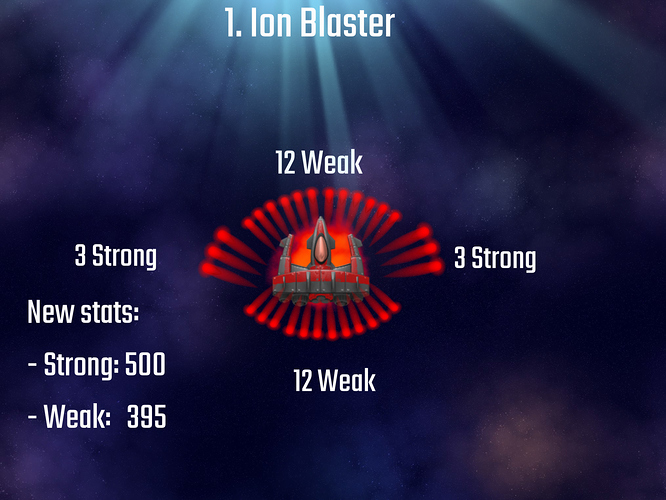 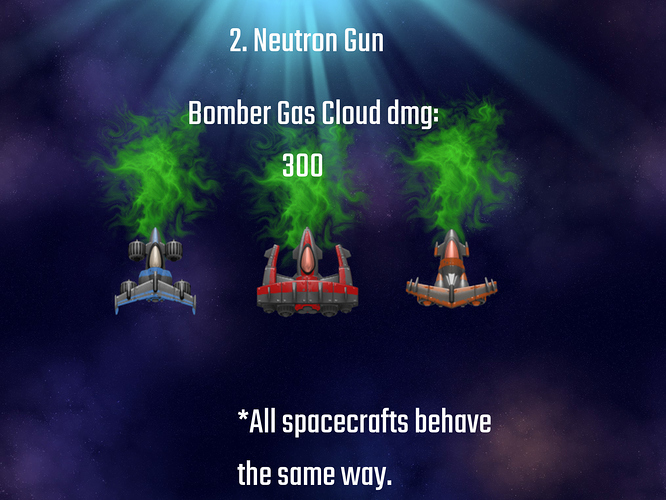 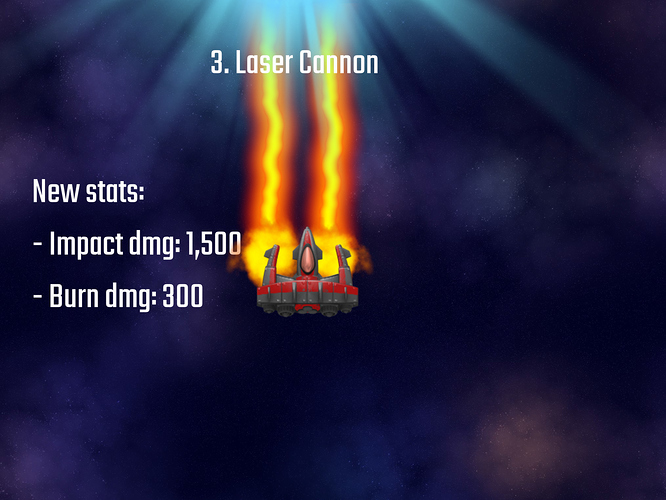 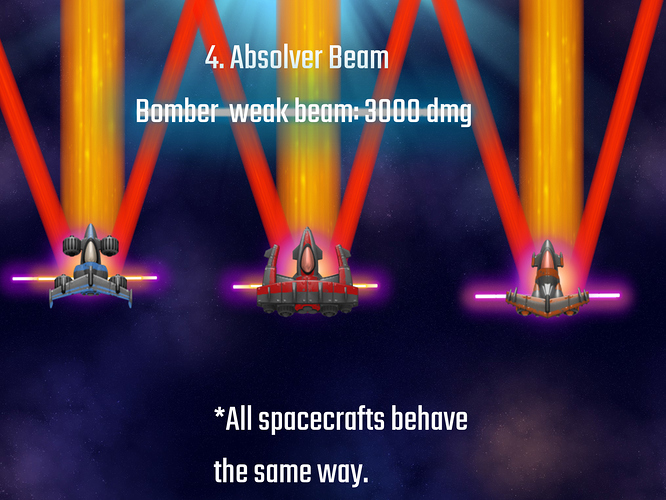 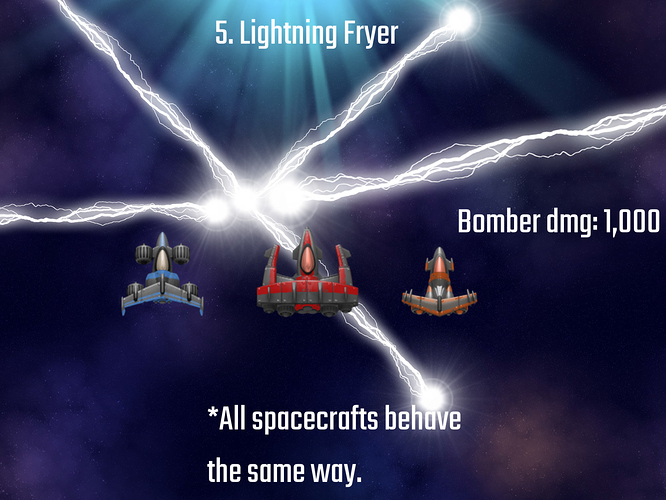 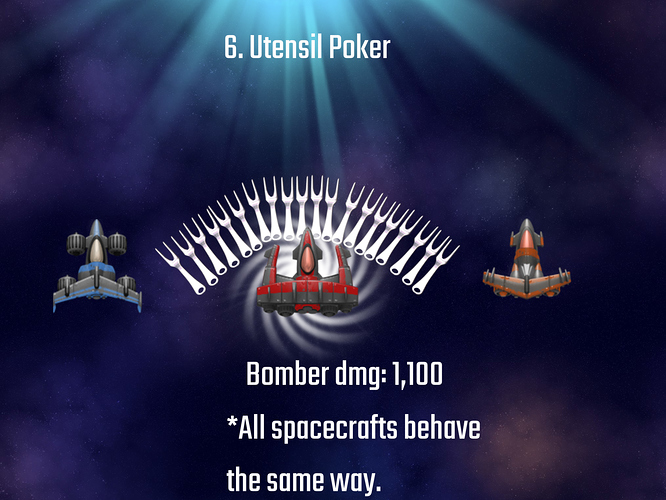 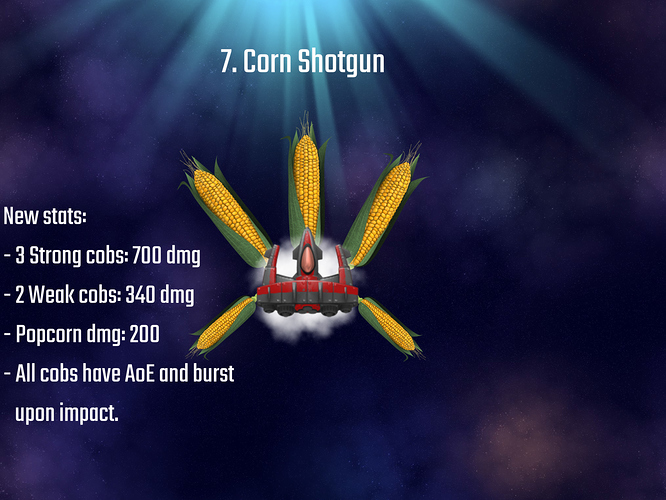 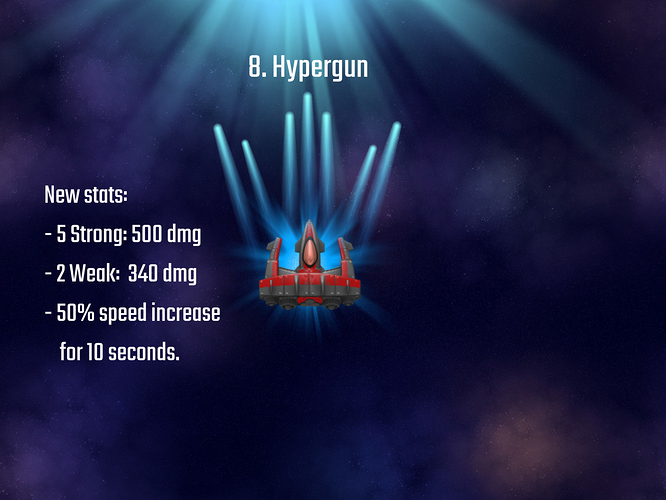 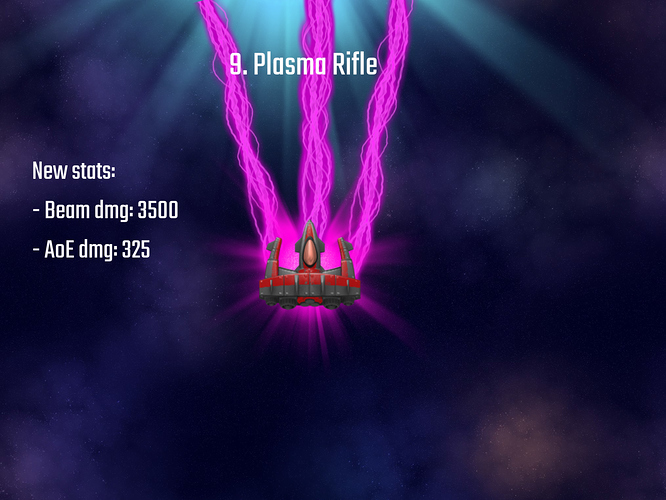 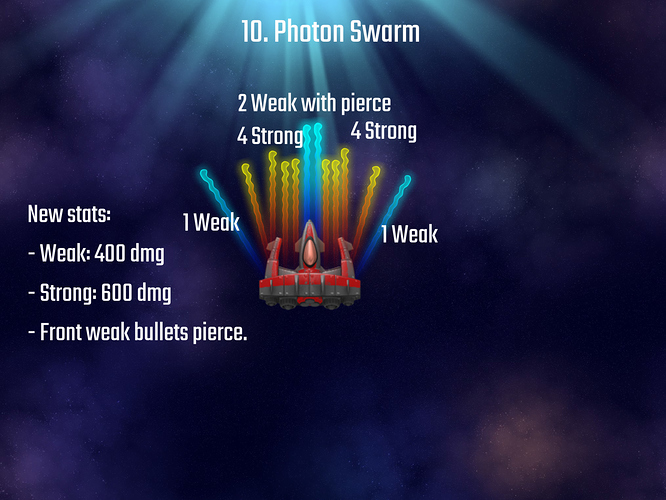 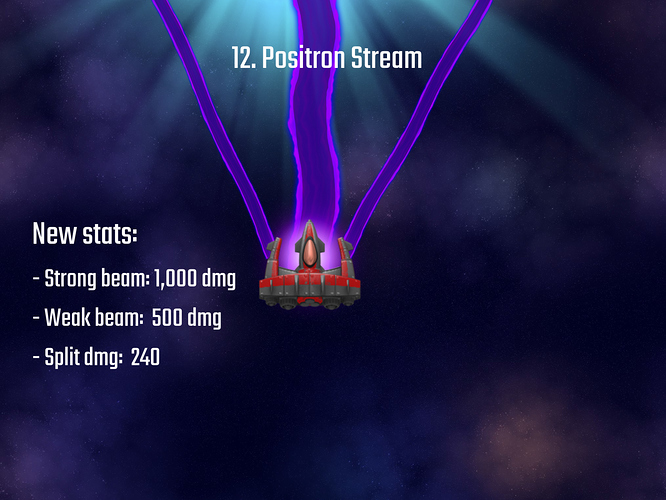 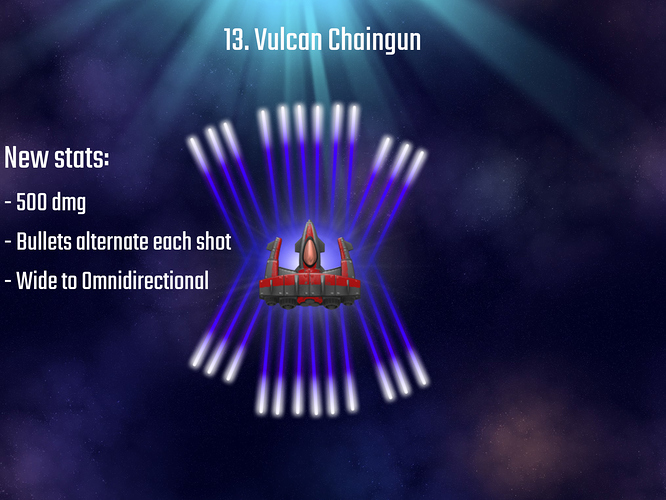 Vulcan Chaingun Bombers2032×1524 642 KB
Due to the loss of control near overheat, the bullets aren’t completely Omnidirectional. Once the weapon starts to lose control, it will go everywhere. 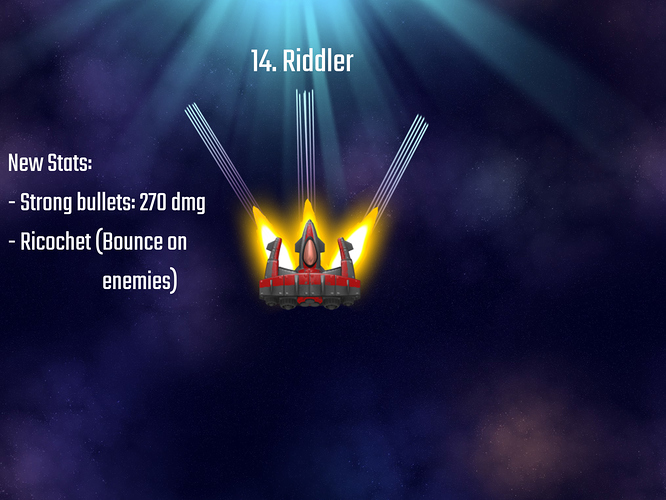 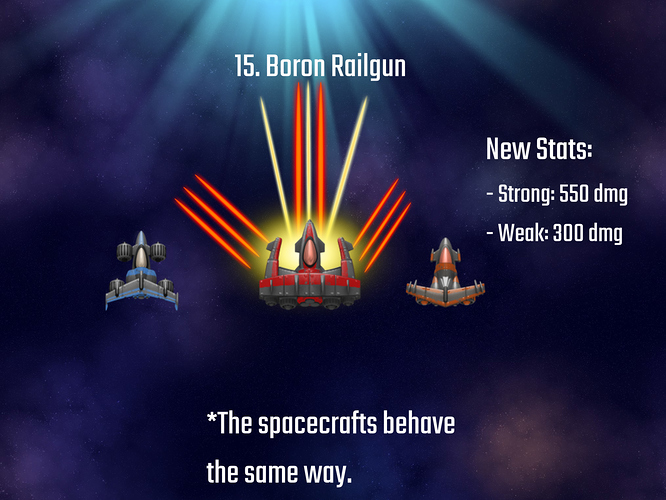 The series is completely finished. Now all that’s left is for the developer, (IA) to decide whether or not this mechanic is going to make it into the game. All I did was make concepts and images about the furies, but I’m definitely not to judge what gets into the game and what doesn’t. It isn’t up to me. The balancing of this feature would be hell on it’s own, and there can also be lots of technical issues surrounding this feature. I also think that it’s completely alright for some furies to perform better than other ones. As long as they are stronger than using the weapon without furies it’s all good. Having all purpose furies, and weapons alike will just make players farm keys for a specific weapon to upgrade and only use that one just because of it’s great fury. This is all that you’ll hear about weapon furies for now. If anything happens then I’ll make sure to make a post about it. I’ve started this series in October, and I wouldn’t have been able to finish it without the support from you all. You’re a great community and one I am glad to be part of. Have anything to say about the mechanic or the furies themselves? just comment below and I’ll provide an answer as fast as humanely possible.

That was fun. But there’s no Moron Railgun change for Bombers.

Sincerally I think this whole program as an uneeded suggestion.

The game doesn’t need it… at all but I 100% agree that the game would get some beneficts by it.

I can’t like or dislike these whole ideas.
There is a lot of tought, you clearly spent more time by creating concepts rather than balancing them (Anyway how can you even balance an untestable feature?) and it does what superweapons already do.

The addition of furies CAN cause tons of bugs… I don’t know how to code but I think It’s not an easy thing to implement, in the way you suggested it, without bugging game into oblivion (ok, ok, Stardrone’s daily exageration done)

As the guy above said, balancing is pain. WBP gonna suffer and other jazz.

Okay then, what’s your opinion about Pidgey’s weapon fury idea:

It was a joke suggestion, of course it’s not here.

I completely understand where you’re coming from. I am aware that it would be a game breaking feature.
I am not a game developer either, my talent at coding is… it’s not. It’s like letting a cow use a PC.
So for the most part IA would need to do numerous patches and balancing to fit the general ‘‘don’t break the game’’

The balancing of this feature would be hell on it’s own, and there can also be lots of technical issues surrounding this feature.