Greetings fellow recruits! Welcome to the 5th part of the Weapon fury program. Today we have the Lightning Fryer.

After this weapon won the poll that was made, I was surprised to see how many wanted to see this weapon, so I did my best to give it a reasonable fury attack. Let’s get into it.

This is a little chicken formation that I made, it’s supposed to resemble a monster truck. The Meter is fully charged as always. 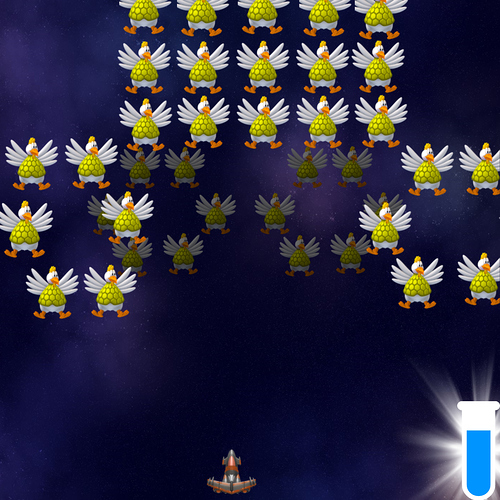 Lightning Fryer Start4000×4000 2.55 MB
When activating the Meter, impact warnings will be spreaded across the screen. Their placement can be completely random, and there are a total of 4 lightning bolts in total. 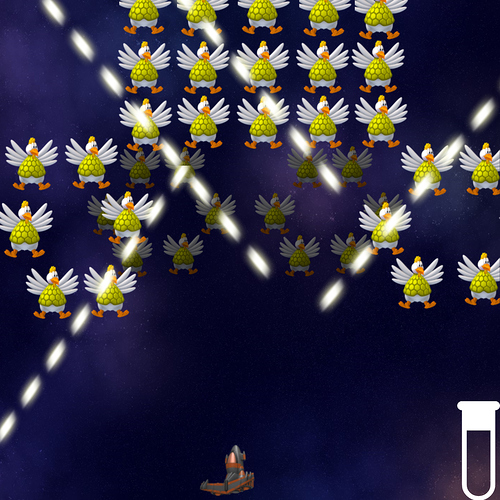 The hero calls the storm and 4 lightning bolts zap random chickens that were unfortunate enough to be within the zone of the impact. The rows of chickens within the zone will take 700 damage each.
There will also be a white glow on the screen after the lightning strikes. 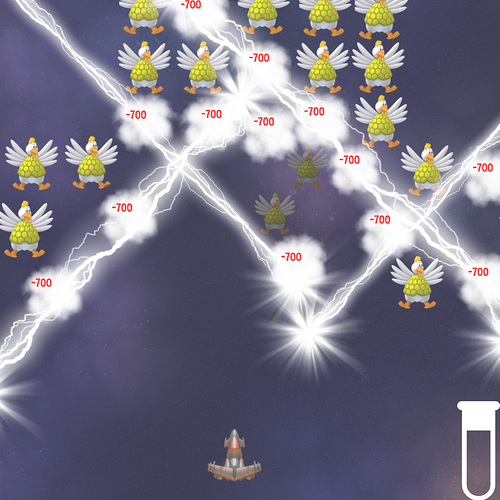 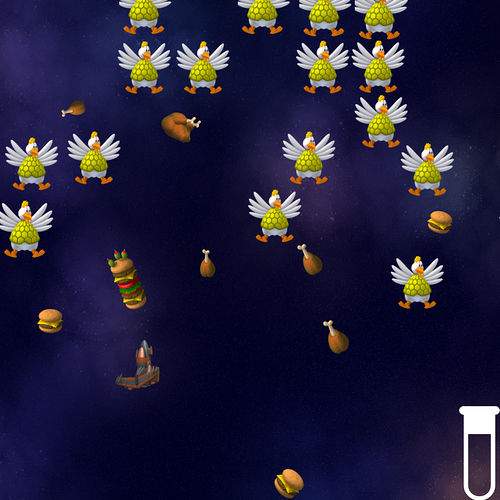 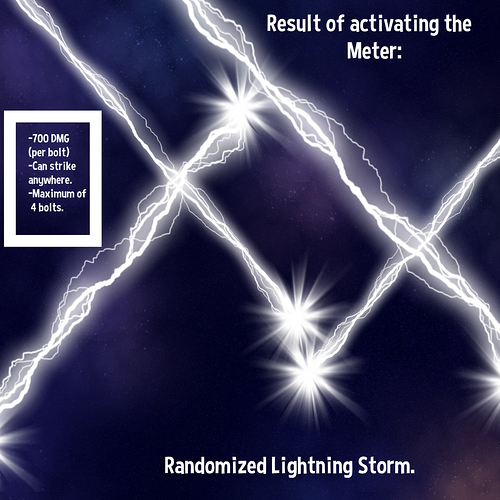 Can I recommend something? How about either A) Making a separate topic for this or B) Put your Weapon Furies in the Artworks topic because these separate topics are kinda spammy. Just saying, you can make these in separate topics too if you want.

Not many people would notice them in the Artwork topic in my opinion. And I don’t feel like it’s spammy, it’s more arranged and coordinated if I make them in separate topics so people can discuss each one in their respective topic.

how about only 2 bolts but with chaining

4 bolts is better for more instant and focused damage imo.

but still
how could mouse users use the fury

They wouldn’t be able to. You need a keyboard.

Or you can change the buttons on the mouse, but in some other way something else would be unavailable.

The game does have support for thumb buttons on your mouse. If the settings could be modified to change the toggle from X to the thumb button then that could be a way no-keyboard users could use the fury mechanic.

As for Utensil Poker fury, I propose that the player should be surrounded by forks and then he can fly over enemies, cutting them off and causing damage.

There are plenty of ideas, we’ll see which one gets used. Shouldn’t take more than 2 days.

Mobile users though, the joystick and fire buttons and all that stuff can already clutter the screen already and adding more random buttons can make it all covered with UI so much that you can’t even see the screen anymore. That’s the problem with these kinda mechanics, screen space is important too.

Players shouldn’t stay at the sides of the screen, they should stay in the middle most of the time. I don’t think it will be that much of a problem. The Meter could also be made smaller.

Everyone should’ve made up their minds already. Utensil Poker is coming today.