Greetings fellow recruits! Welcome to the 8th entry to the Weapon fury program. Today we have HyperGun. Firstly, I’d like to apologize for the long wait. I’ve been busy with studies and life in general. But today I managed to finally get it out for all of you. I have a week off so I’ll have plenty of time to work on the other weapons. I might even try to finish the entire Weapon fury program before the end of next week. Yay! or maybe not, but reach the last few weapons at least. Boo! Anyway, enough talking. Let’s get into it.

This particular weapon wasn’t really hard to think of, but it was harder to Visualize it. I want to make the images as accurate as I can to the real game. This goes for every post. I will have to update Ion Blaster soon. But not until the entire program is done. This is also another weapon which has another ability to help you out. Potentially in Massive environments. 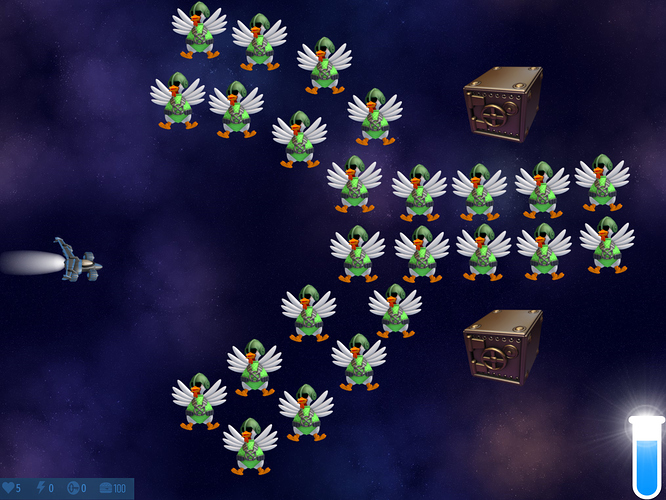 The Hero uses an engine coolant and is immediately followed by a swarm of bullets that go in a straight direction but are rather weak. The bigger bullets that are in less numbers only can go sideways but are much stronger compared to the smaller bullets. This ability can pierce through enemies. 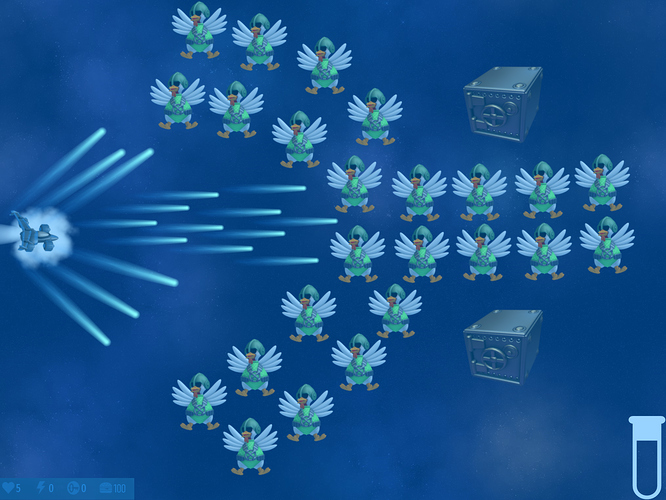 After the Fury is finished, the aftermath will leave the hero with a blue circular glow around the ship.
This Hyperbubble will make the spacecraft move 40% faster in Massive environments. This effect lasts a total of 10 seconds. 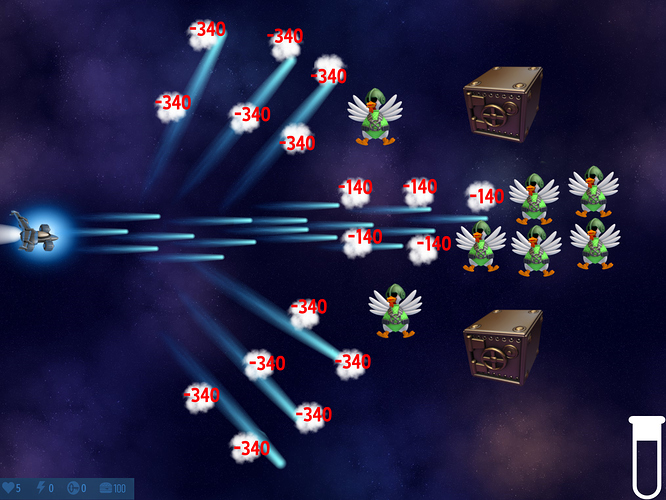 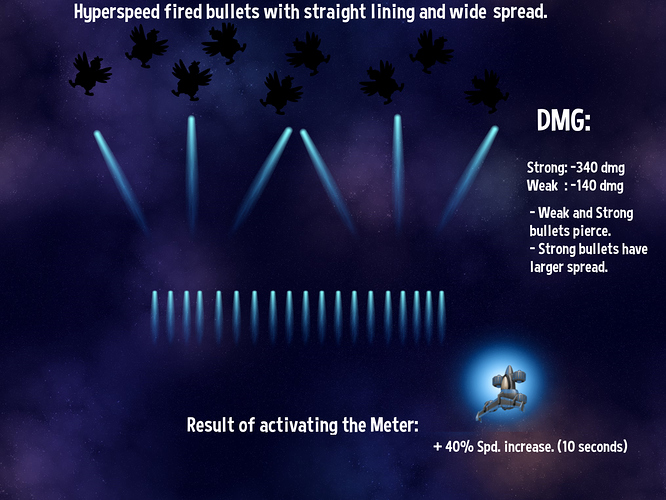 I have a name for this fury: Hyper Spread Swarm

I’m not gonna give these furies a name other than Fury, but nice naming.

Ik, i just thought out of a name came up in my mind

I was expecting something that changes the weapon to wide range, but it turned out nice!

I mean it says it in the name HyperGun, so I thought a little speed increase would be nice.

What would you say to make weaker and stronger bullets alternate with each shot?

Huh, what do you mean

From what i’ve read from your context, you mean have their turns repeated right?

Is it a mod or this meter is real in CIU?

The whole Meter thing is nothing but an idea. I want to showcase all the weapons if they had this mechanic to them. It’s up to the dev if this gets added into the game, since I don’t work on it.

You mean that you are explaining this idea if IA add it?

First I’ll finish all weapons and give them each a fury, then that’s it. I am not forcing anyone to add anything. It’s just an idea that I wanted to share here.

First I’ll finish all weapons and give them each a fury, then that’s it. I am not forcing anyone to add anything. It’s just an idea that I wanted to share here.

You were all pretty fast huh. Plasma Rifle coming Today.

Plasma and Positron could have something like discharges around the ship.