Greetings fellow recruits!, welcome to the first entry of the Weapon fury program. Celebrating the completion of the entire idea, these old furies have been remastered to ''Match with the new ones."
The first one that got its remaster is the Ion Blaster, being the first fury to be made. 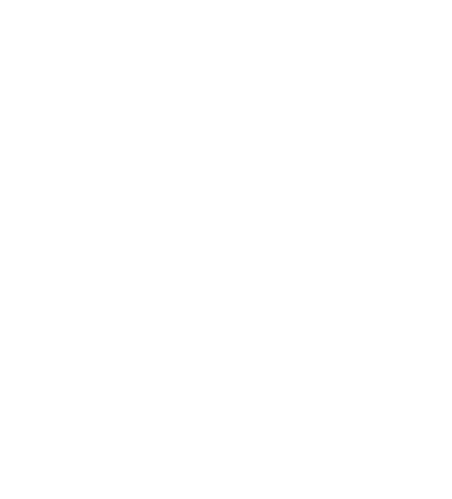 Meter900×994 2.62 KB
Right here, is the Power Meter. This is what gives you the ability to use these furies. It has the shape of a test tube. (Don’t ask me why it just looked cool.) And within, if you collect the minimum amount of 100 food units, the Meter will charge and give you access to the Fury of the current weapon that you’re using. (Different spacecrafts will have different bullet patterns for the most part. Will be explained in Weapon Fury: Summary, coming soon.) Each individual weapon has their own ability. Some can be used for offense and some for defense. Once a weapon is upgraded to

8 (By using keys.)
That weapon will have access to its Fury. You can only bring in ONE fury per mission. Activating a fury requires you to press X on your keyboard. 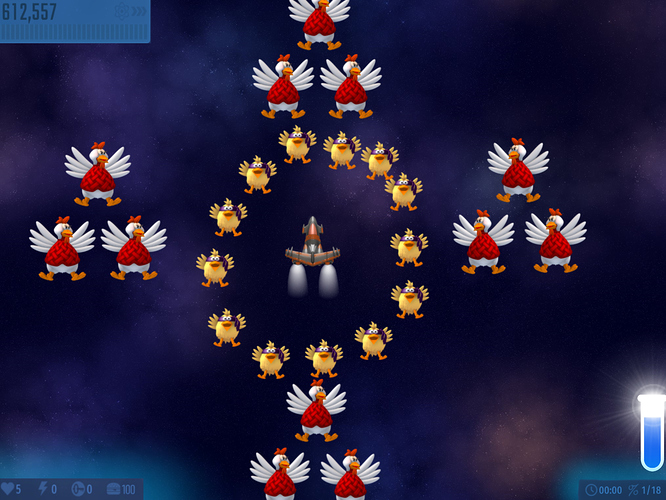 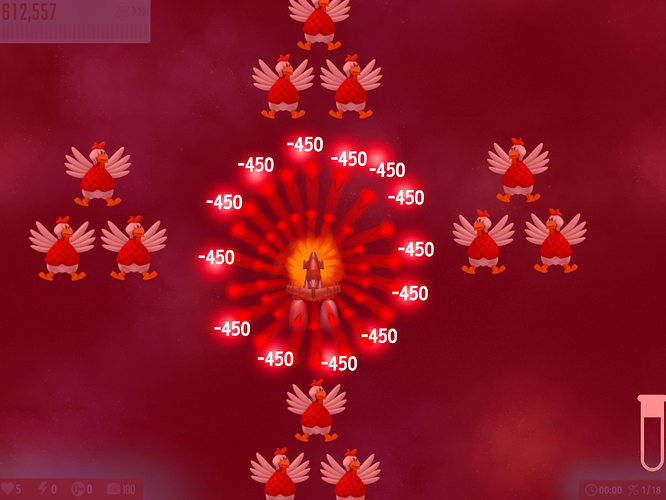 Upon activation of the fury, the Hero will launch an omnidirectional pattern of bullets all around the spacecraft. The Stronger bullets are much larger compared to the weaker ones therefore, they are the first ones that get shot. The weaker bullets are smaller and do ‘‘The finishing blow’’ to an injured foe.
Best performed when cornered in a center. 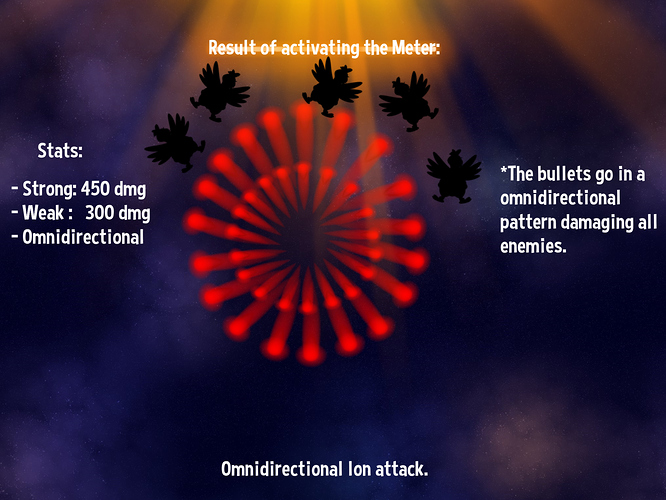 Grate job thinking of that, I really hope this get added because it would be useful & more encouraging to play the game and I can’t wait for the other weapons too, I hope their idea would be great like this one

the idea is really cool but it should not be free, it is enough for a special weapon so you should edit and make a cost for it

It’s not free, you have to collect foot for it, I think he’s making a use of collecting food in-waves like in old CI games but in different way.

That was what i was going for, yeah

But it fits to be a special weapon, and you know them they are for sale 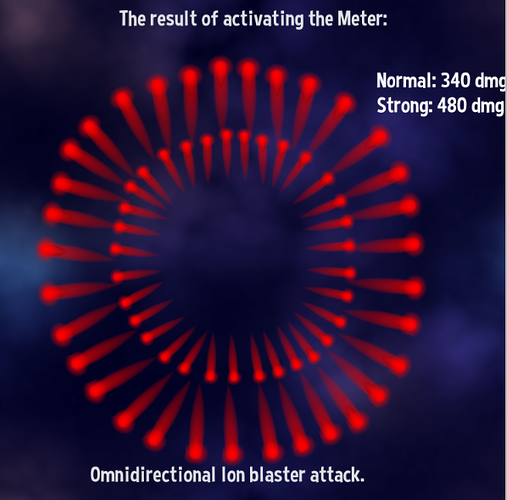 Maybe instead of Omnidirectional attack let’s call it… Fury of Weapons?

Each weapon will have their OWN unique power.

Like a splitting aura for positron? and a huge aoe explosion for plasma?

The lower the power, the weaker the fury attack.

You talking about omnidirectional or fury attack?