This took WAY longer than I expected, but here it is.
InterAction Mod Installer (aka IAMI) can install mod files made by our Discord modding team for any game made by InterAction studios known at the moment. It was tested with most game versions and is pretty stable but installation process is slow so I’ll be re-writing it from scratch later to improve performance. For now just keep in mind you can start installation and go drink some tea

How to uninstall the mod

The tool modifies the CIU.dat.hq2x game file and creates a backup of it before doing anything every time you install a mod. To uninstall the last mod, remove/rename current CIU.dat.hq2x and replace it with CIU.dat.hq2x.backup (do not forget to remove the .backup part of the name). It works as long as you don't disable full backup option in configurations file.

There is a problem when Windows Defender recognizes my stuff as a virus. I can assure you it’s not as it’s my 2nd C++ project and I have no idea how to write viruses

Fixed in the latest update.

Please note that CIU only accepts CIU mods files for several reasons I can’t avoid. Also, CIU.iami file must be in IAMI folder in order to be found and work properly.

If you encounter a bug or have mod suggestion, write it in this topic so people responsible for mods can see it. If suggestion worths it, someone will make a mod file for you. You can also ask about it in IAMI Discord server.

Here’s my Chicken Invaders Universe mod: https://drive.google.com/drive/folders/1IwH6J32BhYnlTaADZ6VIxby6vmkql1MZ
The “Other Mods” folder will have some minor mods inside it, made by me.

can i use audio in my mod? (like changing music in ciu)

Yes. You can ask for a mod which replaces any sound with anything, even music.

How to open .dat file?

The Touhou-rized CIU mod is done. Does not include weapon skins (blame Recruit #75)
Download it here:

the readme is supposed to be read so k

This works with the older games too, right?

Very simple mod idea - a port for the low-alpha version of Positron from CIU into CI4/5. Simple enough to do where this tool isn’t really necessary, but it’s a small QoL thing that I’m sure non-modders would appreciate.

It even works for piggly and CI1 which was not intended.

A Utensil Sprite Swap for the Ion Blaster in CI1 could be fun, lol

(To be super clear, these are all just idle suggestions tho - I’m not “requesting” mods like I’m sure people will start doing soon, aha)

A question, Is there any risk when using this mod?

Well, mod file can be corrupted sometimes if we put wrong files in mod and this can break the game, but you can always restore backup of your hq2x as IAMI saves it near original by default. You can turn backups off in config.

Question - If I have a manually modded version of a CI game, should I revert it to vanilla before booting IAMI the first time?

how to use multiple mods? why i cant select like 3 mods at the same time

It’s better to do so if you used QuickBMS with files HIGHER than original ones, but if you didn’t, it should work just fine.

@peterexited You can. Just install one above another. 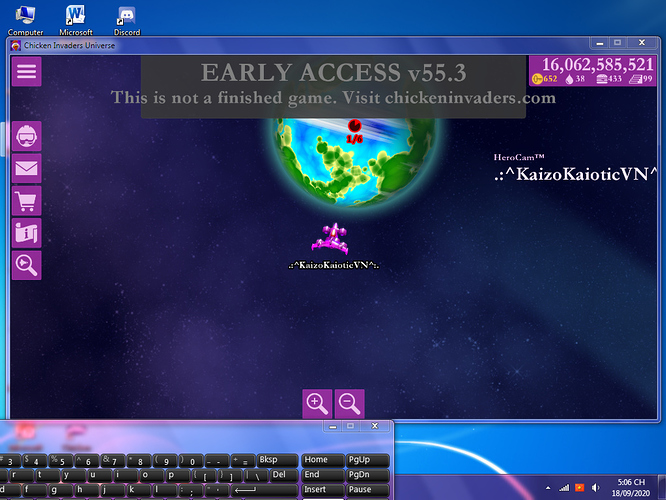