Well hello everybody.
I would like to suggest that the player have a way to control rotations of spaceship.
Right now it’s just an idea which possibly could be made into life by adding 2 buttons to rotate left and right. However it would need some thorough testing and experimenting. Also it should be optional method of control so players that for example throw away their keyboard and have only a mouse with 3 buttons would still be able to play CIU. So if you want to have control over rotation you go to options, enable it and bind the key of your own choice and if you don’t want you just disable it.

TL;DR
There was a discussion about how we don’t have full control over our spaceship because we don’t have control over rotations. Unexpectedly more people disagreed with that which made me really surprised and I kept arguing. But it was dramatically cut in the middle because it was “off-topic”. So here I am creating this topic so the discussion can still go on.

I want to see the discussion and make my own opinion
Good for you. Here you go: [Game mode/wave] Soaring asteroids

@Traveller please feel honoured. You have this to answer.

EDIT: Also if anybody has some questions, please ask. I would be happy to answer them. 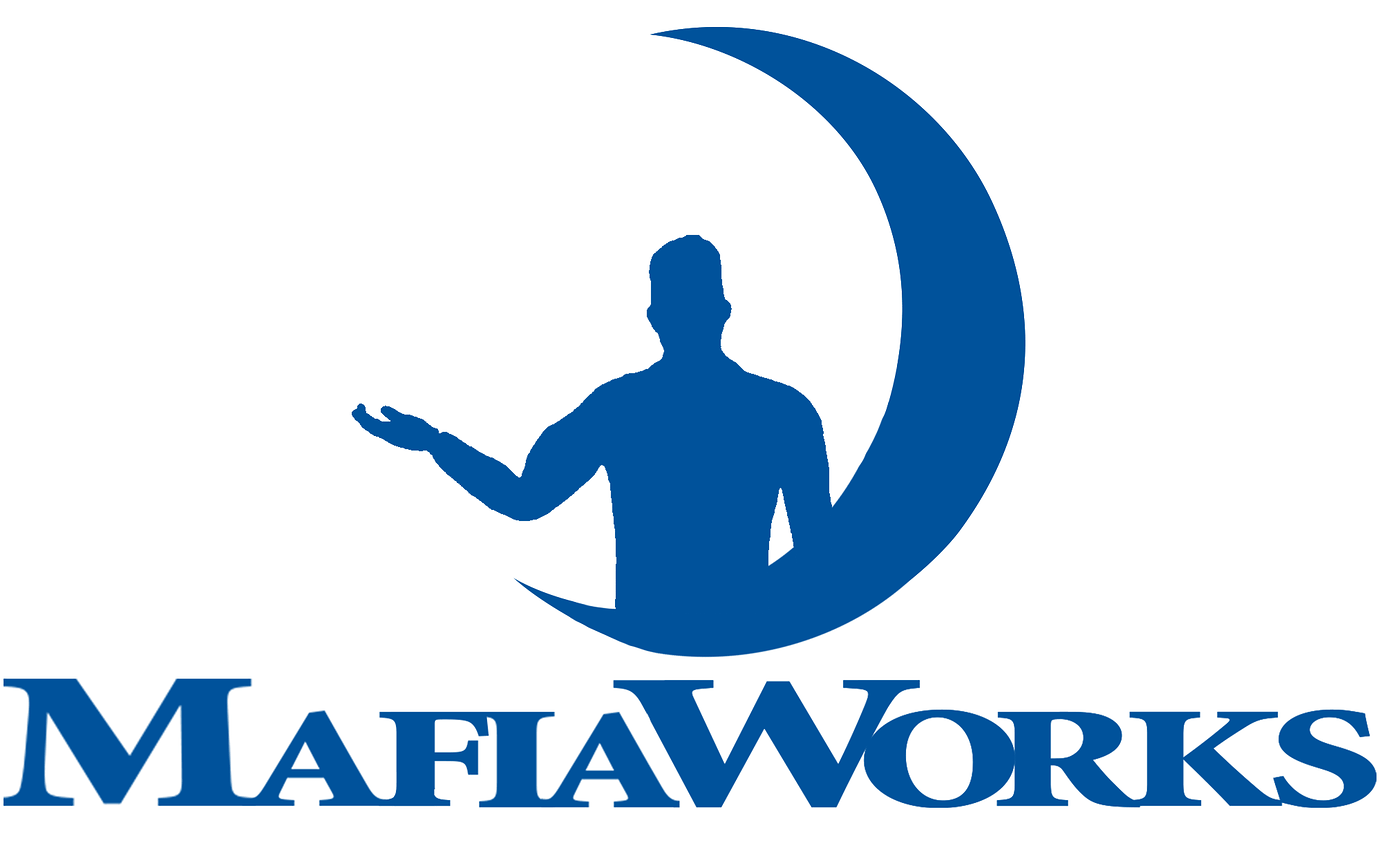 I think this image is a bit broken, pls don’t click it, you will lose this tab.

I think this is what you’re looking for

Close, but not totally.
I would like to have total control over how, when and how much my spaceship rotates.

@Traveller please feel honoured. You have this to answer.

Not really. As noöne elſe ſeems to think this is a good idea (at leaﬅ as of yet), there’s no need for me to ſhoot it down!

i also want to say that this makes the game easier

@isp
Yeah, it make some things easier because… you get more powerful. And it can feel unnatural because you never had chance to use it before.

@Traveller
You have a weird way of writing “I surrender, you win.”

You have a weird way of writing “I surrender, you win.”

No, actuälly it’s a weird way of writing “I have better things to do than to ſpend my life arguing for no reaſon at all with random people on the internet.”

You’re not alone with that.

It’s even harder to understand why you don’t want it if it’s OPTIONAL.

This ﬅatement is actuälly incorrect. I don’t want it to be an option, becauſe that’d come with a biäs towards people who uſed that option, making it pretty much imperative.

I don’t want it to be an option, becauſe that’d come with a biäs towards people who uſed that option, making it pretty much imperative.

Guess why… because it’s more convenient and powerful.
Maybe let’s ban mice support so players using gamepads/touchscreen/touchpads/joysticks to play won’t be falling behind? You know, mouse is an advantage to people who used it and it makes it pretty much imperative.

Well we cant nerf the mouse without changing core gameplay… but rotation changes every control scheme and every wave. It makes everything easier. Why? I don’t want my CORE gameplay changed. No manual turning. Its part of the game mechanics. And just cuz mouse too good, well, how would you nerf it? Deleting is entirely is an option. But I don’t think many people would like that at this point, including me. But we dont need to make keyboard superior now. All schemes would need additional buttons, and a mouse couldnt be self sufficient. And what about mobile? They would have it quite hard. OH WAIT. Its that keyboard gets it easy. And everyone else doesn’t. Yes it’s like that for the mouse, but it’s too late now. Getting in danger of eggs is part of the challange, and you could easily avoid a LOT of danger, making bosses easier etc. The mouse only provides faster movement, which is nothing compared to how much rotation changes for the entire game!

Well we cant nerf the mouse without changing core gameplay

but rotation changes every control scheme and every wave. It makes everything easier

Well of course it changes every wave because it gives you more freedom to do it the way you think it would be better. Every control scheme also, because we need more buttons. It can make everything easier, but maybe it can make some things harder.

I don’t want my CORE gameplay changed. No manual turning. Its part of the game mechanics

It’s still the same. Forced rotations are part of the game mechanics because IA added them in CI4.

And just cuz mouse too good, well, how would you nerf it?

But we dont need to make keyboard superior now

It won’t be, mouse is still the most precise-pointing gaming device that could exist (the most precise pointing device is Stylus on touchscreen (or another pen with drawing tablet), but it’s really bad for gaming). Keyboard won’t be superior - mouse and keyboard combo will be superior

All schemes would need additional buttons

So let’s count which devices can be possible and which will get more dumb.
Keyboard - I’m taking a hard guess that every keyboard that normal person uses has more than 70 keys, adding 2 more really won’t hurt anybody. If I had to play on that I would use: AWSD - movement, Shift - rotate left, B - rotate right, Spacebar - shoot, Q - satellite, E - missile. Still movement by keys is not so precise and fast.
Gamepad - nothing hard, just use second Analog Stick. Fun fact it would be the best way of controlling rotations (but not the best way of moving spaceship)
Mouse - Here few variants:

Mouse and keyboard combo - Mouse for movement and 2 keys for spaceship rotation. Probably the best way for everyone.
Touchscreen - let’s all agree that it’s masochistic way of playing Chicken Invaders, but her you have my solution(s) for rotations on mobile:

and a mouse couldnt be self sufficient

Oh I just proved it wrong.

And what about mobile? They would have it quite hard

They already have. I also presented a way of making it possible.

OH WAIT. Its that keyboard gets it easy. And everyone else doesn’t

Yes it’s like that for the mouse, but it’s too late now

I don’t know what to write about it. I just can’t think of response for that.

Getting in danger of eggs is part of the challange

and you could easily avoid a LOT of danger, making bosses easier

And what did you mean here. Did you mean that by manual rotations we can more easily avoid eggs and danger? Only thing that we can do to avoid getting hit would be untouched. BUT you would get a way to use your weapon not only directly under the boss. Many bosses won’t give a damn if you stand under them or by side because they have aiming attacks. Also there are chickens that shoot eggs aimed at you.

The mouse only provides faster movement, which is nothing compared to how much rotation changes for the entire game!

Yeah, I agree. Pool table with chicken gatling guns or gyroscope malfunction forced rotations beats the movement of mouse. In one blink of eyes your spaceship can do 90 points rotation.

1.SHMUP is the genre, not gameplay exactly. We have a ship that shoots in front of it at chickens that shoot down onto the ship. We have waves etc. It wouldn’t have the same core gameplay if we could idk charge shots for more powerful ones. Same with manual turning. Major change.

2.Yeah freedom because why try to have a challange if you could do this and make it easier yeah why hmm… I feel like only certain wave rotation is neccesary.

3.Forced rotations are each different, unique, and majorly different from manual. You cant set up the whole 4 miniguns in corners, because the player will kill them in the order he wants. That’s the problem. More freedom isn’t better here. It makes it an actual challange.

5.But isn’t the 3 button mouse a standard? While I’m getting used to a mouse & keyboard combo, it would still be wierd to at random waves decide to take my keyboard (IE move it from under my desk, like the slidey thing) and turn.
Multi-touch is bad, you will cover up the screen with yourself, you wouldn’t see many eggs that way, and at worst the game could mix up both fingers setting you flying (As only one is a ship, camera control and stuff dont need to diffrinciate). But that’s an edge case scenario.
Gamepad is also at most ok, because it would probably take up a large amount of screenspace, either blocking the view or making the playable area smaller.

6.Yeah if you got a 5+ button mouse. But actually, ok, many games use mouse and keyboard combos. But I don’t feel it sticks with this one.

7.They already have. So make it even harder? I still don’t like the PC = mobile thing though.

9.Uh sure, I hope you aren’t saying that my message was completely stupid xD

11.Many bosses and enemies use downwards attacks, just because some home in, doesn’t mean that it doesn’t affect other situations. For example in paint I made quickly: 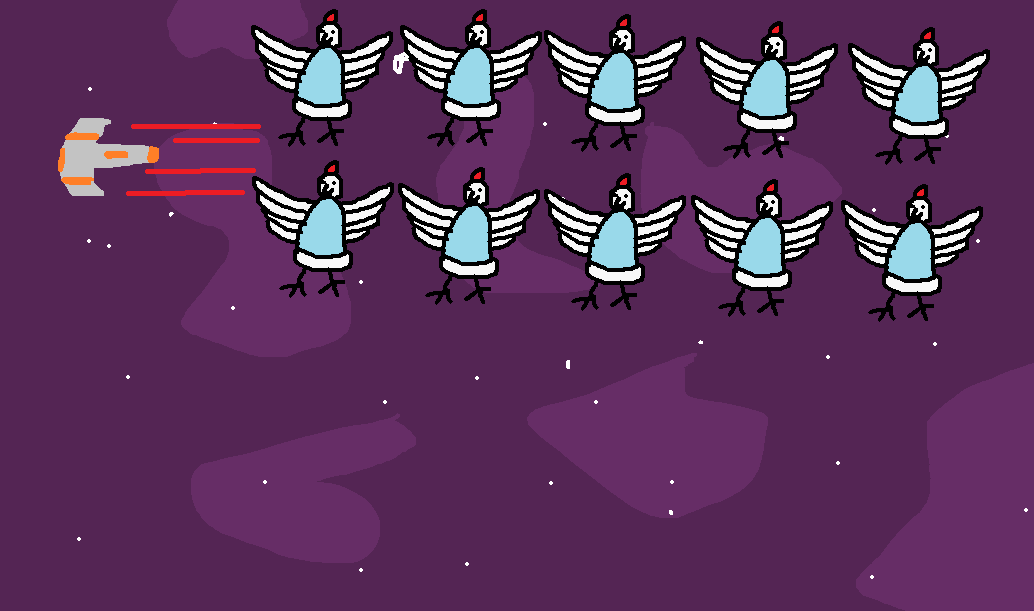 You only need to clear out a small portion of the chickens to be out of danger.

12.That wasn’t exactly what I was reffering to, but sure. I meant that the game has larger gameplay implications thatn mouse movement, but I said that already many times.

Also again you need a set speed for rotations (except controller) being in some situations better or even worse than automatic.
EDIT: Perhaps you could add a 45 deegre angle snap point, where depending on which keys are held, that direction is chosen. But that’s only for mouse and key

I don’t think the game was designed under the player having the ability to turn, and in my opinion adding it now is too late.