This is mainly a bug-fixing update, although there are minor content additions in the form of two new exhausts. However, don’t take this to mean that the experience is the same: all CI3/4/5 bosses have been buffed to provide much more of a challenge in harder difficulties, and most boss variations can now appear at any difficulty. Keep a healthy stock of special weapons handy – you’re bound to need them!

This update is mostly backwards-compatible, but you will lose:

Waves & bosses in existing missions may have been reshuffled due to changes to procedural generation.

I can not see the name of the stars, nor any option to see the star map in addition to not being able to travel. I think it’s a bug

The galaxy exploration progress appears to have been reset. 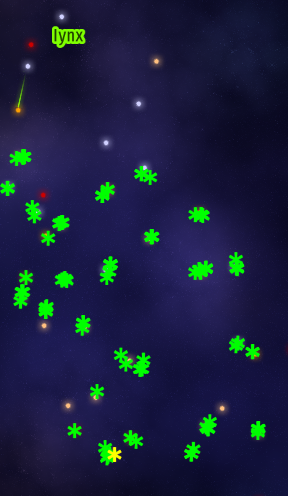 I only have that single star explored, while I had much more around my location before the update. Everything else is still there, though (inventory, spacecraft, etc.)

Oh, and I can’t interact with anything inside of the star system I’m in, even though it says that I’m already there.

@xXmlgDiegoXx @EmeraldPlay Someone please confirm whether it’s been fixed for you. 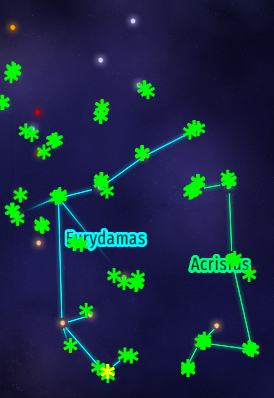 Was the Chicken Multiplicity fight buffed as well? It didn’t feel much different, aside from the Super-Chick arriving faster. The Inifni-Chicks there felt weaker than they were in their own Twice Infinity boss fight.

At first, please don’t nerf the bosses! I want to keep that challenge.

But one thing should be nerfed imo: the flying speed of UCOs. They always “ram” into you

But now there’s a problem (kinda):

Since 8/8 boss rush missions are really hard, i most likely will die. a lot. The problem is that I technically lose 5 keys every time I die (because I lose extra lives) which makes trying quite cost intensive. Also, the unoriginality penalty shouldn’t count if you get a Game Over, only if you surrender or complete a mission.

Multiplicity wasn’t really buffed because it seemed challenging enough as it was. You guys want it to be harder?

btw, what about waves where random bosses get set in? A “Random Boss Battle” wave, for example, a military chicken + a mysterious ship etc., completely random. Must be fun

I’m glad you fixed this one

(and yes, I was the one that reported it)

Keep the frequent attacks but reduce the movement speed. (For all buffed bosses.)

My concern is that they’re all mounted ones and all chickens splitted are not.

I needed to buy a pen for this update

I think the Apple Core needs a buff too. The only thing that changes with difficulty seems to be that it starts attacking you sooner.

Egg Cannon boss is almost impossible at highest difficulty + SSH. I like it though.

The “Chicken multiplicity” boss fight takes quite long though. I don’t know if it’s necessary to make it harder