Since when did we reverse changes?

Still, it’s weird case with memory usage. I have it 2 times less than everybody.

@InterAction_studios I flew a boss rush and the Hero quip triggers TWICE in a SECOND!

(although perhaps it and plasma need their gifts swapped because the colours are definitely wrong now).

That would require A lot of getting used to.

Plasma is slightly questionable, because it’s a shade too slow and never overheats

About Plasmer, didn’t it not get changed in terms of DPS this update or am I wrong? I remember trying it out on like v42.1 and nothing was different. Perhaps IA did something in the emergency updates?

Plasma Rifle: The manual fire rate got nerfed and now spam clicking is super-slooooow but besides it got a damage buff

Oh so it did get a damage buff?

For the record, I started writing my reply before I had read the entire thread again. So that explains the order of quotes.

I remember trying it out on like v42.1 and nothing was different. Perhaps IA did something in the emergency updates?

Yeah, the damage buff wasn’t applied in v42.1.
The damage buff combined with the firerate nerf brought the weapon up to 12000 DPS (from 10400). It’s not really usable in terms of damage output, but it has indeed joined the pantheon of weapons that don’t overheat.

Just a quick question because I forget at the moment, is the automatic firerate 4.5/s?

I need it for something.

These splats are WAY TOO BIG in 200% zoom

It’s really annoying to see it saying that.

The game’s memory requirements are not a matter of preference, and not something I can suddenly reduce by 50% just because I feel like it. For the best experience, 1GB is optimal, but (as you can see), the game won’t stop you from playing it even if you only have 100MB left. The fact that the warning is only shown if you have 512MB or less is irrelevant – the game still needs 1GB ideally.

Both the manual and automatic firerates are now 5/s.

That’s extremely convenient because I can do my calculations much more easily since 12000 ends with, well, 0.

If IA applies the 6.5/s automatic firerate to Plasmer, I think that would be more than enough. Its DPS would jump to 15600, and since we agreed on it being the Basic Beam, that seems like a satisfying result to me. If it isn’t, you guys can debate on that.

Just to add something important that was already mentioned in a previous Early Access post, weapons don’t need to be simply mathematically balanced. There are other factors such as their design (projectile or beam, spread or dense), their overheat rate, their firerate (I.e. how many chickens they can kill per second), their DPS (how much damage they inflict per second on one or multiple chickens), etc.

What I’m saying here is that even if Plasmer was to get 156000 DPS, it would perform almost exactly the same way as when it has 10 times less than that on easier missions. A notable difference would occur when you use the weapon against Chickenauts and other stronger enemies, though. Coward chickens also can’t release waste because the weapon one-hits them.

In this case the amount of chickens Plasmer can kill per second depends on both the firerate and the DPS. Right now you can kill only 5, even though it’s mathematically balanced with a total of 12000 DPS.

With that in mind, can someone who is really dedicated and has enough time (not that I wouldn’t do it myself, but I’m really busy and I’m not even supposed to be here) test all weapons thoroughly and write down everything I mentioned above?

I didn’t ask Galbatorix to do this because IIRC he has real life stuff to deal with, college I think? So yeah.

Also one more thing. Procrastinator gang, where are you at?

Jokes aside, do you think it’s possible to do that? After all, Bombers are supposed to be what their name suggests - extremely powerful spacecraft capable of destroying everything on their way, at the cost of something. In our case that’s speed and a much larger hitbox. That would also make having such expensive maneuvering jets fairer since Bombers would offer such perks.

@InterAction_studios Is it really intended to split like that? (lighting doesn’t do that) 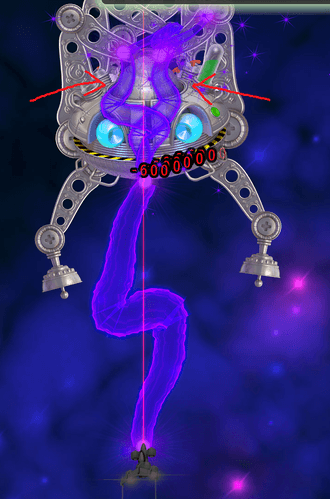 (
Actually, that’s not quite right.

20. I thought about this too, but I’m not sure if this is a good idea. For a lot of weapons, the transition from

20 is more significant than

10. This means that the BX-9 would get a much larger increase on max power than the other bombers depending on the weapon.

Ey, we can still hope for the RNG Swarm.

As for your Plasma post above, are you asking for projectile/hit count per second?

Speaking of the Plasma Rifle, I don’t know how exactly IA would like to tackle this. I’ve pretty much given up on manual fire being the default, but we still have an issue. If we bump up the automatic firerate to 6.5/s, we’ll have an okay damage output, but a horribly low max damage before overheat (which from now on I’ll be referring to as MBO, because even copy-pasting this takes too much effort. I know it sounds rubbish, but I can’t think of anything better atm).

The way I see this, we’ve got two options.

Actually, that’s not quite right.

To clarify counting starts from 1 when we talk about power levels. That’s why we say there are 12 power levels, otherwise if counting started from 0 we’d say 11 instead.
Sorry for the confusion, I should have clarified.

This means that the BX-9 would get a much larger increase on max power than the other bombers depending on the weapon.

I’d choose Option 2, personally. That way Plasma Rifle’s gonna be a bit more like the old Positron Stream, and the current Positron Stream has the splitting mechanic and less DPS so there’s the advantages of both weapons.

If there is no new messages, 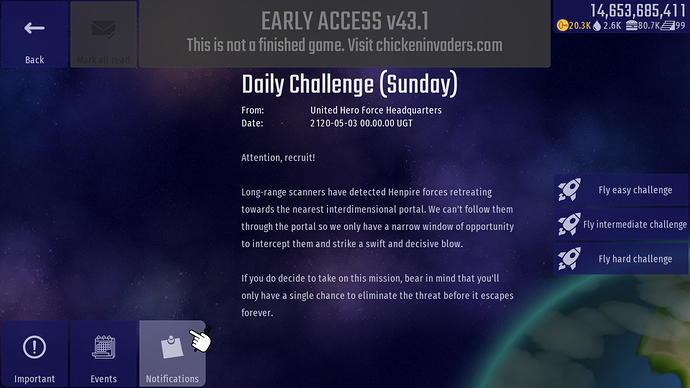 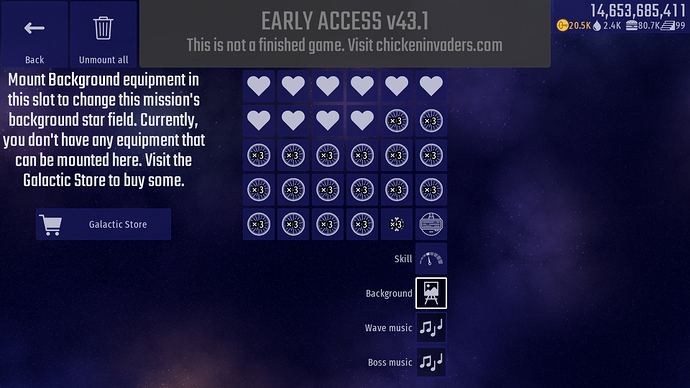 If we have a

18 limit, we have two pylons at

If the limit is

20 and max power is changed to two

It doesn’t look that bad when you look at damage per volley, but if you multiply it by the firerate it gets worse.

Of course, different weapons have different progressions, so it depends. The Laser Cannon, for example wouldn’t have this issue at all.

Is it intended for positron stream to hit the boss without the beam showing?

I don’t seem to have this bug happening. it damages them normally.

Since there’s a empty space on results screen, what about adding the difficulty it has? (i wrote x because it is an example) 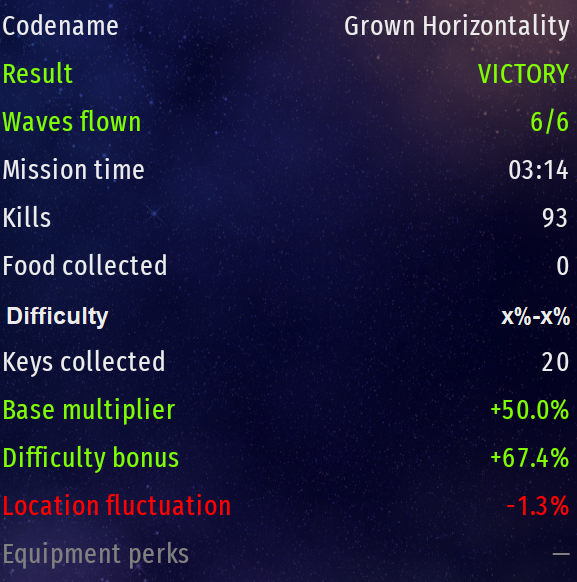