Early Access feature: reset any in-game options you have configured (including satellite auto-fire ON and reset tutorial). When the game goes to full version this won’t happen again.

IA even liked this post I’ve linked so it’s correct.

This issue always happens when the game gets upgraded, my gameplay settings gets removed

Not always. But if there has been any change to the settings (as for this version, when full screen was added), then your settings will be lost.

OK, so is it the same amount of keys for every weapon when upgrading? And how much is it? (sorry guys, I’m not very good with math

) I have all weapons upgraded, so that’s why I don’t know. 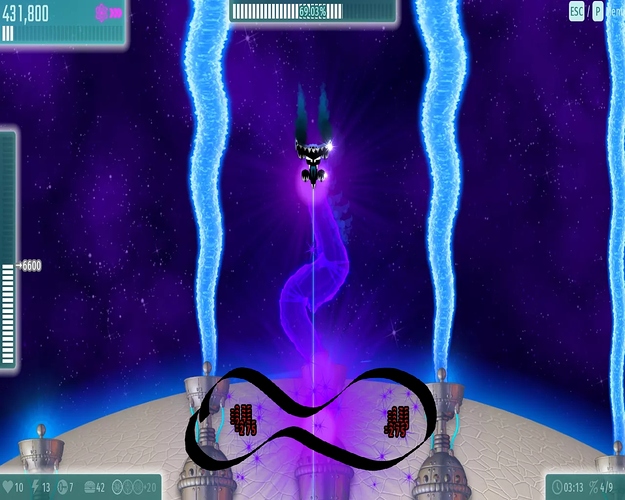 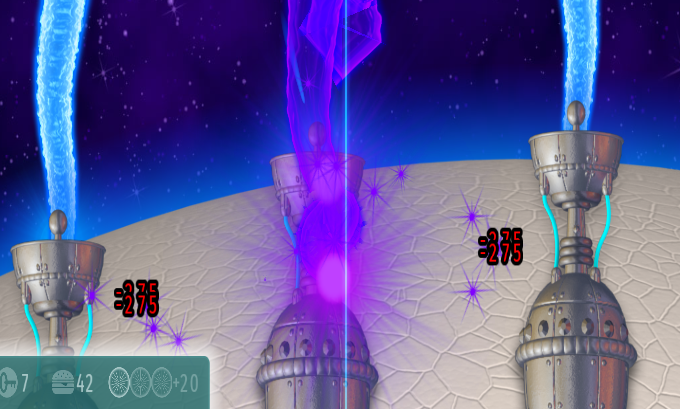 I reported it before:

And this is what IA said:

Check your download queue (Ctrl+J on some browsers), are you sure the file isn’t there?

Same link issue. When I click the link, the tab disappears right after opening and nothing is being downloaded (I can record if it’s needed). Copy-pasting link manually fixed it and file got loaded.

I think I found a error, in the mirrored versión of omnidirectional onsalught, the ship look to down direction when the wave already started, isnt supposed do that when the wave name appears? Because it did that very fast

Pff! Well, I updated the dowload topic just in case something was stuck in Discourse. No idea, really.

in the mirrored versión of omnidirectional onsalught, the ship look to down direction when the wave already started

You could still keep this one as a upside-down variation of it.

Also could the tilt direction of comets change every wave? However this could apply only for Weekly Challenge.

I don’t if it’s a bug but the mirrored variation of “The Chicken Wobble” the gap at the bottom of the screen is bigger, like the enemies go up earlier.

Any chance for an uncapped or higher capped (240, maybe 300hz) frame rate option(s)?

Interaction studios why still the clipped wormholes are not still fixed?

Because some “simple” bugs have no “simple” fix.

Some waves I has idea can be mirrored or flipped variations: (if possible)

What About Adding a Ping Meter, is that necessary?

Because this game depends on internet and from the online games, So can you add a ping meter to determine the strengh of the internet while we are playing in-mission?

And a meter which shows the length of the wave?

In levels like berserkers, windshield wipers, rolling ball’ochicks/chickens, the fortress, on the radar etc. should NOT have this (meter) because enemies may enter but they don’t leave unless they are killed.

other waves like high-speed chase, spiral of doom, centipede, corridor shooter, swimming in space etc. should have this meter bcuz enemies enter and leave.

And I think it is useful.
Thanks for reading…

Hey iA, how about adding the visual thunder back?

I thought of an indicator that helps the player know when he is most likely to disconnect from the game without being surprising as it is right now. This option is in-game and is activatable as shown in the image (similar to the show fps option): [sasasasasasasasas.PNG] This option is called ´´show ping´´, since through this you can know if we have good communication with the server or not. This is below the FPS indicator and is green if you have a good connection and is stable with the serve…

C’mon mate, why things that i suggest is always has been suggested