v43.2 emergency update has been released. It’s technically optional, but HIGHLY RECOMMENDED. In fact, it’s VITAL if you make a habit of disconnecting and reconnecting whenever you lose a life.

It also includes the previous v43.1changes:

As usual, a lot quality improvements, bug fixes, and some new features. Some highlights include reworked Positron Stream and Plasma Rifle weapons, better inbox management, and hero quips (hero quips are controlled by the “In-game help” option – if you turn it off, then they won’t appear. Also, quip appearance is random – let me know if it’s too rarely or too often).

Edit:I dont will fix this

I was playing the Weekly Challenge x) And it was literally my best run ever probably.

Anyway, onto testing everything instead I guess!

There are surely a lot of bug fixes here, nice

I think iA said to keep it this way for this version as well. 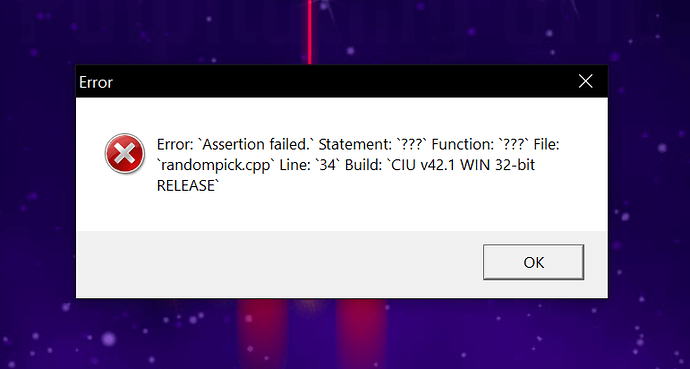 My launch mode settings didn’t save, everything else did

Same here. The game automatically switches to “fullscreen” if the update is installed.

me too … I’ve lost evan the progress of the mission

Damage values were not changed, only the splitting mechanic was introduced for now.

Speaking of which, I can’t get the hang of how it works. (SPOILERS AHEAD!!)

It seems to behave similarly to Lightning Fryer’s chaining, but additional streams appear for a split second and disappear. Maybe I should try it on bosses to see if that’s the case.

Edit: It’s basically Lightning Fryer’s chaining but all streams appear instantly. I tried it on a wave with multiple targets that have a lot of health. Well, I’m not against that, but the two weapons need to have more differences because they have a similar mechanic now.

Unfortunately, something happened. Just after I ended session and returned, the game crashed, as in “it automatically closed”. I am not sure if it was on a specific wave (“Do the Backstroke”), or it happens occasionally. Regardless, this has to be fixed. Not to mention when you reopen the game, the mission ends, and so will some of your perishables.

v42.2 Hotfix has been released. The server won’t force you, but it is essential that you upgrade to this version. Hotfix changes: