Hello, I have not created any post for a long time … I missed this the truth a bit, however today we are for a fairly improvised post, the truth for time issues. Me and my friend Jim worked on these ideas a long time ago (more specifically at the end of post # 3) but I have not been able to write it until now. I hope you enjoy these ideas.

These objects have charges which fill when surpassing waves, 1 wave is equal to 1 bar to charge this type of items. When equipping any of these items you cannot equip the “superweapons”, that is, you cannot mix them. They would be activated with the same button as the special weapons and their main difference is that they do not disappear with one use, that is, you just have to wait for it to be at 100% of its charge to use it again, these are also improvable for reduce the number of charges and thus its use can be continuous. For now I have these examples for this category of items:

Change of wave: This item when used is capable of changing the formation of chickens, but it does not change the enemies itself, it only moves them around.

Restriction: Once an enemy is wounded or eliminated the wave cannot be changed.

Improve: The minimum amount of charges that this is 3 (if someone finds a better way for the balance to help me since I am not very good in this field)

Chicken re-roll: This item, unlike the previous one, changes the enemies but does not alter their formation in which they are.

Restriction: Once an enemy is wounded or eliminated the wave cannot be changed.

Improve: The minimum amount of charges that this is 3.

Protective pan: Anyone miss this?, Well it is back from CI3 to help you once against the attacks of your enemies, this for any kind of attack as long as it is from the front. When activated, it will stand in front of your ship to stop whatever comes but be careful as it will break when receiving the attacks.

Improve: The minimum amount of charges that this is 4.

Key chicken: This chicken itself is an easter egg from the Key Rush missions, these chickens would replace the originals with a more golden skin. 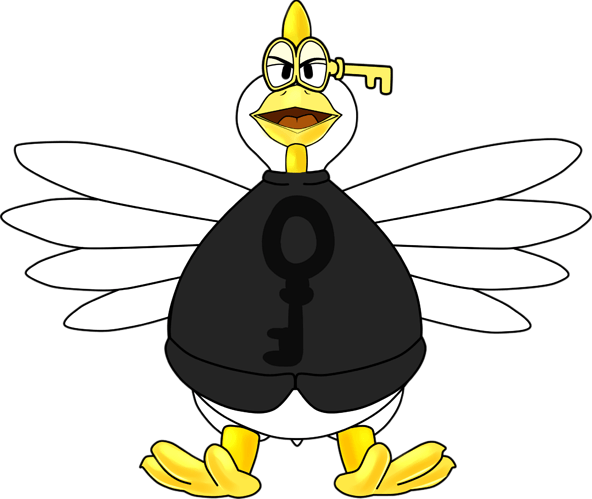 Medic chicken: As its name indicates, this chicken would heal its brothers injured during the waves, an “aura” would form around it, regenerating the life bars of the enemies around it. This healing effect would be visible if the “life bar” is equipped. Depending on the difficulty, this chicken will take more or less to heal its allies. Also this one does not attack since he is very busy healing the wounded. 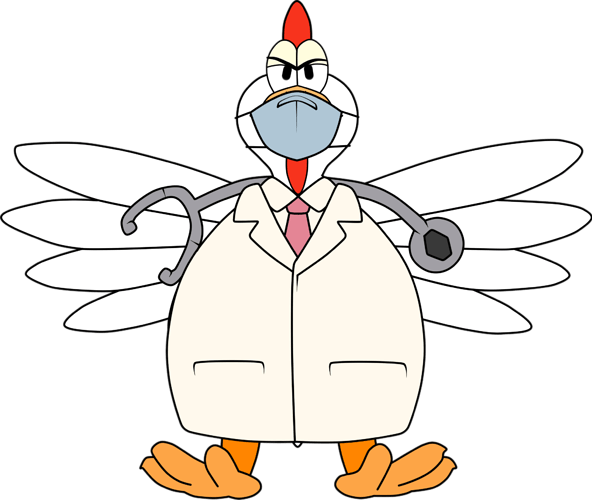 Karate chicken: This chicken could be classified as a “mini boss”, this chicken will be still waiting for any of your movements, if you are very close to the east it will hit you with its wings and legs so kill the distance with it, if it receives damage this He will do a fast counterattack, which is to move to your direction to hit you. He has resistance to most common chicken weaknesses due to his training (he may be friends with the military chicken, who knows). Depending on the difficulty, the speed, life and belt of this chicken will change (an example if it appears in the lowest difficulty it will be white belt but if it is in the maximum difficulty it will be black belt). 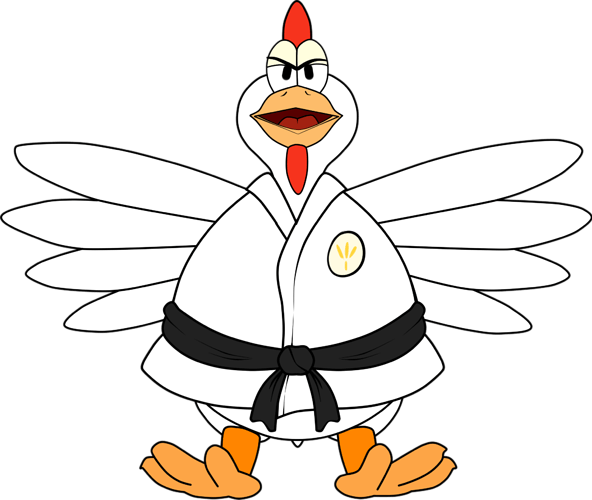 Scream chick: Wow, we are already in October? These chicks have already prepared themselves with their best mask to give you a good scare. These playful little ones when appearing on the screen will go at full speed towards you, but don’t worry, they will not kill you, they will only go around your ship and they will re-form they do this since they only wanted to see you scream with their “jumpscare”, these at doing that will give a scream. Maybe these little ones are exclusive for a Halloween event. 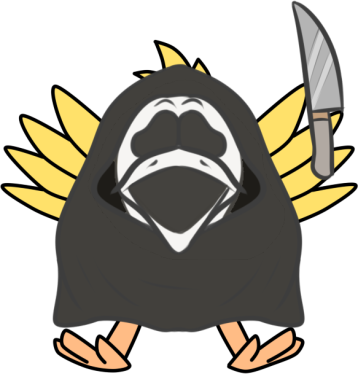 Key guardian: These dream missions deserve to have their own exclusive boss, don’t you think? This boss in appearance is very similar to the “key chicken” only that it is larger and with much more gold. Their attacks are to throw keys at you that break when they come into contact with the edges of the screen, in addition to the fact that, unlike normal keys, they have a red aura so you don’t get caught up in wanting to collect them. Key chickens will also come to help your boss.

Here is my friend’s twitter so you can see his other drawings and support his art:

In case you want to check out the other “Weekly ideas”: