I’m suggesting a new, simple rework on Quests. Calling it “The Choice Rework” for simplicity.

The aim for this rework is to give you more of a choice on which quests you want to do, which in turn will make it more fun to advance through the quests, as you’d have more fun doing what you want to do, and not what you have to do to progress.

After all, quests are not really competitive things, and shouldn’t be left to only a few people willing to do everything the quests ask (which includes things that they may hate a lot).
Everyone should be able to reach the top, and how they did that, is up to them.

Here are the details of the rework:

Why did I ask for a rework this early?

In CIU, you get to pick your missions, your squadrons, your contacts, your flying ship, weapon, playstyle, … but as of right now, you cannot pick your own quests, or at least, have more of a choice choice on what quests you should do.

This means that if you want to do quests, you have to do some things that you don’t find fun doing, which could lead to someone getting “trapped” in a rank permanently because the quest they got assigned is not what they wanted to do.

And yes, some might say that you don’t deserve a higher rank if you don’t do the quests given to you, but I find this logic to be somewhat concerning for the game’s long-term future.
Players have their own playstyles and preferences. You may attempt to force everyone into one specific playstyle, but that would make a very bland and uninteresting game.
The best you can do as a game designer is to encourage/discourage specific playstyles you wanted so all parties can have some fun when they play your game.

I know that following this system means a lot of work for IA to redesign this system, but it’s fine if you all like this approach more. If you have any more suggestions on this idea, feel free to leave a reply down below. But anyways:

iA is designing the quests to be a permanent system, like multiplier bonus in Subway Surfers (and in both games, even after reaching the maximum level, there is an unlimited number of quests to complete for extra rewards). For a permanent system, I think a fixed set of quests that you must do is acceptable, although Subway Surfers allows you to skip quests that are too hard, while iA has confirmed that this game will not allow you to do so. But we haven’t got to the hardest possible quests in the highest tier yet.

Your trashing quest and cooldown idea is more suitable to quest systems (events) that have a strict time limit or quest limit to strongly discourage players from trashing like Clan Games in Clash of Clans, Contest of Mayors in SimCity BuildIt, or Guild Fest in Lords Mobile (although only the middle of the three are single-player, the other two are clan events that everyone in the clan/squadron contribute to the total score). Also in these games, you have to choose one quest to stick to and it only counts your progress if you choose it, while in here you can do multiple quests at once.

I don’t ever play competitive levels (mainly because of preference), so if I get a quest that forces me to play in some of these missions (which can happen since its in the randomized mission pool), then I’d be stuck in a rank and won’t be able to do more quests until I do what I don’t want to do, which is obviously not going to be fun.
This is the problem I am raising and attempting to fix with this idea post.

The trashing idea was designed in games so players get to pick what missions that are most suitable for them / what they wanted to do most. The quests can only be really engaging if you choose to do them. There are problems with forcing quests on someone. I can’t explain as well as this video though. 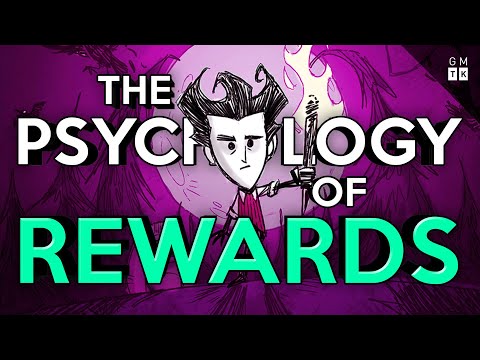 Actually @InterAction_studios you might wanna watch this video before moving on with the Quests system.

That quote was in terms of game design effectiveness, not the player’s performance.
Like, the game would be more fun if it used that to its advantage when it comes to quest design.
(You did see the video, right?)

It’s just a game, players can choose a goal to either go for the quests, or just not consider it as a goal for themselves and play like it doesn’t exist. As long as quests don’t give significant gameplay advantages like access to special spacecrafts, spacecraft parts or permanent score multiplier bonus that you absolutely cannot get anywhere else, I think rewarding just keys is balanced and do not force players to play just for the quests. There is also a possibility that a special medal will be added for reaching the highest rank, and I’m also fine with that because it’s only cosmetic.

They are highly experimental and can be changed at any point, but yeah.

PS: The video I linked above shows pretty well how systems such as this one could backfire pretty well. More than what I could have ever explained.
(Mainly because it has stories and good examples, which I don’t)

give it some time first before suggesting a rework

I don’t think that it will help, since there’s not much more to learn about this system in my opinion.

Psychologically speaking, and from a game-design perspective, this approach has already been proven to not work in many other similar styled games.

There’s alot of complications that I couldn’t explain as well as the video though.
Highly recommend checking that out.

Quests aren’t meant to be quick, IA said that it may take around 3-6 months to complete every quest, so it’s not that the quests aren’t fun to do, they’re just TIME-CONSUMING, so stop being impatient

besides, its not like your quests will expire over time, so i dont need why you want to even reroll something that wont even go away to begin with

Agreed, but there’s one problem:
I don’t think I have ever said I wanted quests to be done quick.
It’s not the purpose of this idea post, at all.

The aim for this rework is to give you more of a choice on which quests you want to do, which in turn will make it more fun to advance through the quests, as you’d have more fun doing what you want to do, and not what you have to do to progress.

This is just one example of many, but:

some quests ask you for things you may not want to do at all, which could lead to someone getting “trapped” in a rank permanently because the quest they got assigned is not what they wanted to do.
For example: I’m not a competitive person myself, so I won’t be doing quests that feature competitive missions (which do exist in said list).

I don’t think I can summarize the initial post any further.
I already tried before posting that initially, to the point that removing any more information from the idea, and there will be questions about it (for example: why do you want this feature, or that feature) down here, so it’s still going to have to be that long. Sorry.

No one has received a competitive mission yet. It is possibly in the higher tier quests, and if a player refuses to do competitive missions at all then that player shouldn’t expect to go to the highest tier. The only quest that I think may be too hard is Galactic Cup, which locks you for the rest of the season if you didn’t qualify.

Also, you know the League system and how that’s optional?
If you want to advance through quests you have to join in a League at some point.
(as doing missions as part of Dares is also in that list)

Kinda reminds me of the forced military signup that I didn’t want to join, but have to.
Has the similar vibe to that. (They always said it was “optional”)
It sucks, to say the least.

But ultimately, quests are not really competitive things, and shouldn’t be left to only a few people unlike actual competitions. Everyone should be able to reach the top, and how they did that, is up to them.

I still don’t like that psychological effect, no matter if the cooldown is only 15-30 minutes, 3 hours, 6 hours. Probably because I don’t like lootboxes and think that they should always just reward a set amount or just locked to a set of quests, any randomness involved here could be unhealthy for the players’ mental health.