A small maintenance release with some very important bug fixes. Note that it was necessary to reset your mission config slots in this update – you’ll need to fill them back in.

And, as usual, some multiplayer-specific enhancements. You can read more about multiplayer here: 🚀 Multiplayer

Already suggested and declined. It could work for offline mission through if the score in the mission doesn’t count towards the player’ career.

Anyways, check this out: I want a cheat for key collection - #4 by InterAction_studios

I mentioned that during today’s (yesterday’s) multiplayer session, during the “stage complete” transition (though the chat was a little cramped).

Oh and this (left the same time the message was sent). 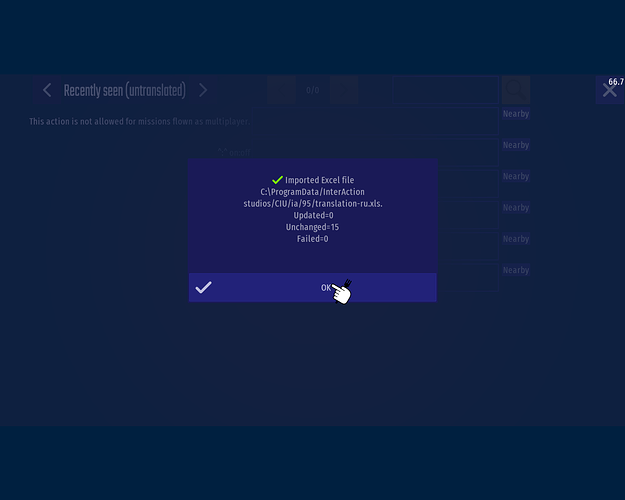 You can send quick message instead typing a message
You can create quick chat in main menu as you want (examples: GG everyone) then set it into mission
Press ctrl+Y in main menu to open quick chat messenger
Press Y in the mission choose the fast quick chat
(I hope @InterAction_studios accept my idea in multiplayer)

that will totally not become spammy as heck and possibly annoying

Why I still don’t have a medal even though the callsign has the same forum name?

You have to wait until the next day. If he doesn’t, DM him.

Hmm, I had just been received the medal in this morning.

I guess you forgot this idea existed. Imma repost it because many users supported this.

IA can ship move when you are typing in multiplayer please?

Or…
Add it to setting to be changeable Because I don’t want it move.

The player should still be able to play via mouse and the keyboard only will be available for chatting.

Why my English is still bad?

Why my English is still bad?

2.If my friend and I are playing the same mission in multiplayer it is notifing me!!!
(Why should it notify me when I am seeing him!?)

if you run out of lives in multiplayer,it will count defeat even mission complete 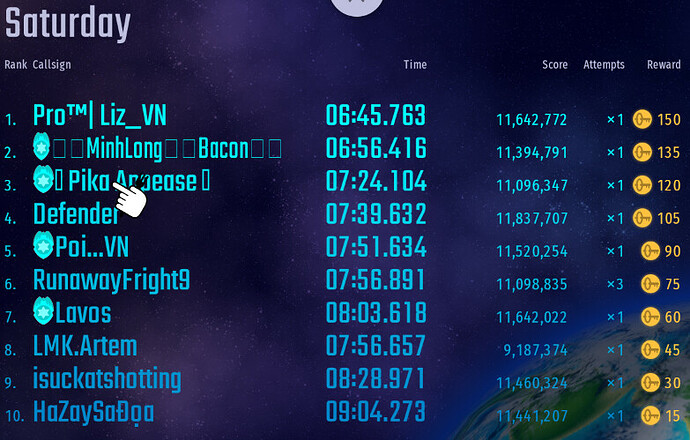 I’m actually supposed to get 6th place, not 8th!

That mission is based on score, not time.