in coridor shooter wave is missing clean sweep bonus!!
I knew that was there before!..at least I remember that I recive!

will we see more waves like that in the future?

I don’t see why not.

A quick peek at the code reveals it’s enabled for that wave. I’m currently experiencing some hardware problems and I can’t check more in depth.

in the mission completed info the droid raid mission are not counted!!!
it is possible to make them countable??? it will be very useful!!! it will be also a good way to track the droids!!!

Can you explain more? I couldn’t understand.

Why it doesn’t count Droid Raid missions at “Missions completed”

Not easy. Droid missions are not tied into any star system. In fact, droids can travel between star systems (but they currently don’t).

droid1020×412 93.6 KB
the doid mission they are not counted…as mission completed
not shown on this numbers

Not easy. Droid missions are not tied into any star system. In fact, droids can travel between star systems (but they currently don’t).

not easy but is important and useful 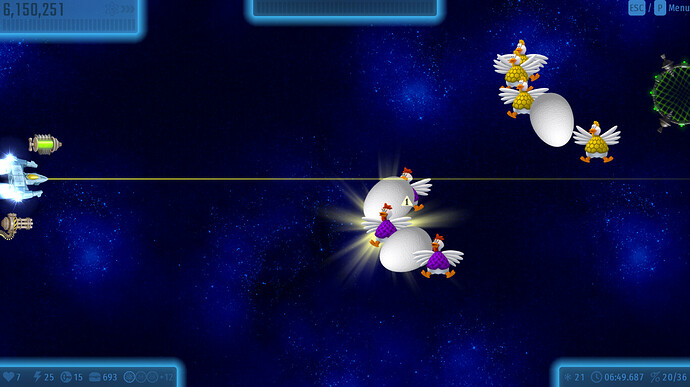 Um IA, I think I found a big problem here: 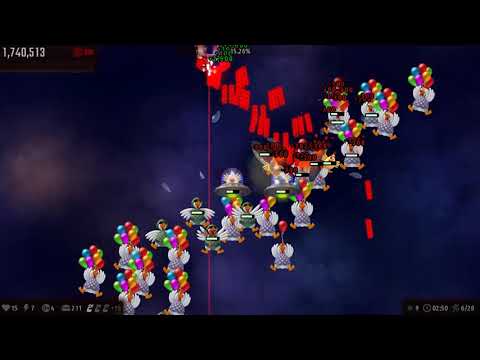 On the Zig zag wave, seem like the balloon chicken are actually disappear by no reason. I don’t know why but can you fix this plz?
EDIT: If you design to fix this bug, give this bug medal to the GoldenBoss for report this than me.

I think popped balloons are still part of the wave formation, so they disappear while they’re still on the screen.

How about you allow Chickenauts and Egg Ships at “The Weakest\Strongest Link” wave(not Slobs tho)?

How about the player be able to assign the mission again but at a different squadron?

Why did I get notification if the player is last seen 3 hours: 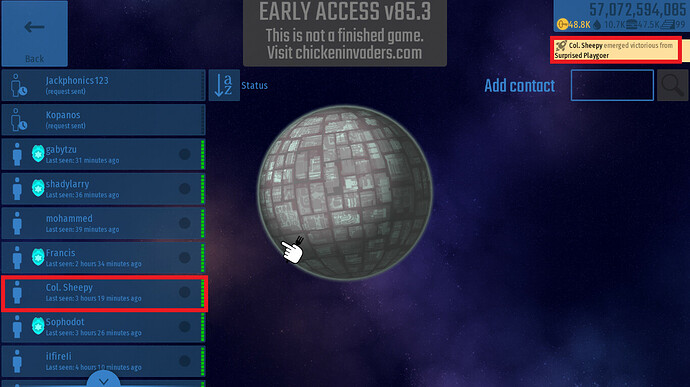 image1366×768 219 KB
Why is there Pecking Order? Also the sign didn’t appear at other containers after I destroyed that one: 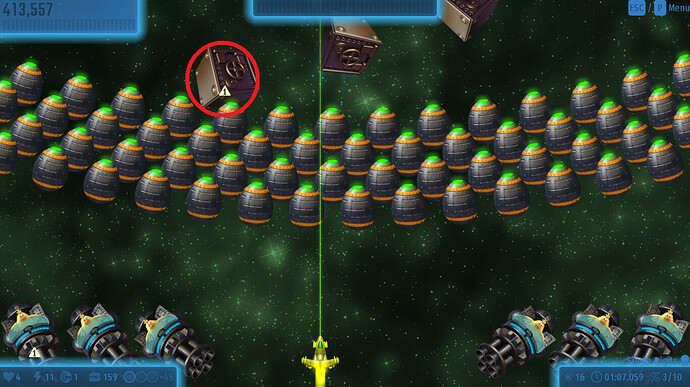 Can you make CIU background be used at retro & anniversary missions?

Um IA, I think I found a big problem here:

at Zigzag wave Balloon Chicken was falling normally then it suddenly disappeared before going offscreen(sorry I didn’t get the chance to record it).

Not harder than “Wormhole” or “Palpitating Grid” waves.?

How about you allow Chickenauts and Egg Ships at “The Weakest\Strongest Link” wave(not Slobs tho)?

I even got more score on the Chicken Invasion, so what are the requirements for a mission’s overall difficulty? It doesn’t seem to be consistent across mission types currently.

the difference between the two is only 8%

I think it’s determined by mission length/max length and difficulty bonus, maybe that’s why the chicken invasion is much lower, since those missions can go on for much longer. Still, this doesn’t make much sense.

That’s not an artifact. The game unloads graphics which are not on screen resulting in this. Same happens with planets from time to time and exhausts of spacecrafts.

Oh hey, you can actually make this happen just as the wave starts. 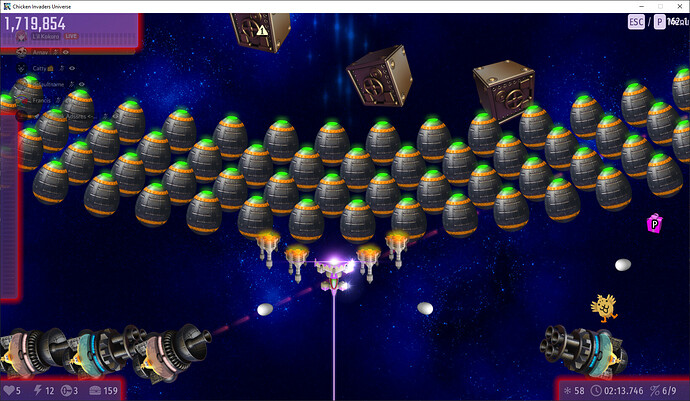 Please add an anomaly zone to the bottom of the Treasury so you can actually go for the containers if you decided to be a doofus and spin around right as the wave starts.

How about adding an anomaly zone here because if a player by mistake went down and didn’t destroyed the barriers and the Alien Containers? [بدون عنوان]