This is mainly a maintenance release, but also includes a significant change with regards to the League: you can now decline incoming dares. Declining means that you don’t play the dare, and it doesn’t count for any points. To prevent abuse, after you decline a dare, you must accept at least one other dare (not necessarily from the same darer) before you can decline again.

Note that friendly dares also count towards your decline limit (although this will probably be changed in the next update).

This update also teases the “Galactic Cup”, which is an upcoming competitive feature. More to come in the next update. 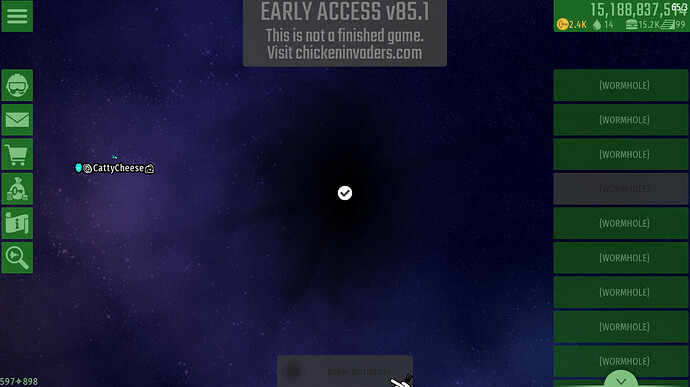 Also there’s a bug on the balloon chicken
Once u hit them, the Balloon Chicken dissappear

uh when you hit them with any kinds of weapon, they instantly disappear 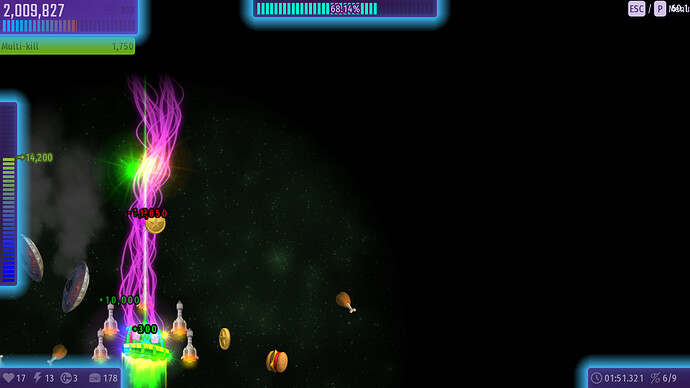 Once u hit them, the Balloon Chicken dissappear

iA, could you give me only one medal for all the “wave shorten” changes?

If I decline a dare, does the darer might be notified if its declined

this also goes with balloons so can you fix this? 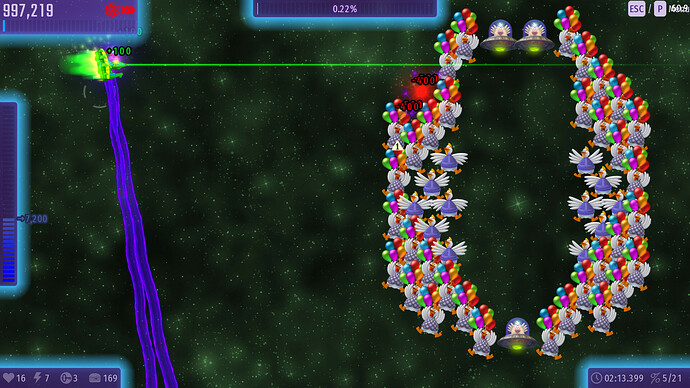 this also goes with balloons so can you fix this

This is just an unfortunate side-effect of the same bug – it will be automatically corrected.

it already does that

does the darer might be notified if its declined

It does notify the darer…

there is a potential for abuse there, but let’s see if it indeed becomes a problem.

Here is the evidence

it already does that [dare]

Since Thundercluck’s theme is buyable in shop then maybe Magnetic Manipulator’s theme (a.k.a. aqua planet and earth theme in CI5) should also be set for purchase? Nevermind

Its already there (as CI5 Victory Music)

Oh right, forgot about that… oops