Emergency patch v71.2 has been released. It corrects some bugs with translations. You only need this patch if you are translating the game.

The main attraction in this update is the support for community translations. This is explained separately at length here: 🌎 How to translate the game

In order to support translations, all English text had to be laboriously extracted and formatted. This involved a lot of manual cut-and-pasting, so the probability that something was screwed up is quite high. Certain kinds of text errors can crash even the server, so expect some emergency patches within the next few hours.

According to ⚠ Inactive game accounts will be deleted in v.71 - #34 by KrwawaBiegunka , all inactive accounts have been deleted.

Due to changes in environment randomization, your League dares have also been reset.

The galaxy was supposed to be reset with this update, but the translation work in this update means that the reset has been postponed. As a reminder, a galaxy reset means:

So good to see a community translation feature, this will both increase CIU’s popularity and will also stop people from suggesting translations into X languages. Very good addition iA.

Its comet chase, that was misspelled 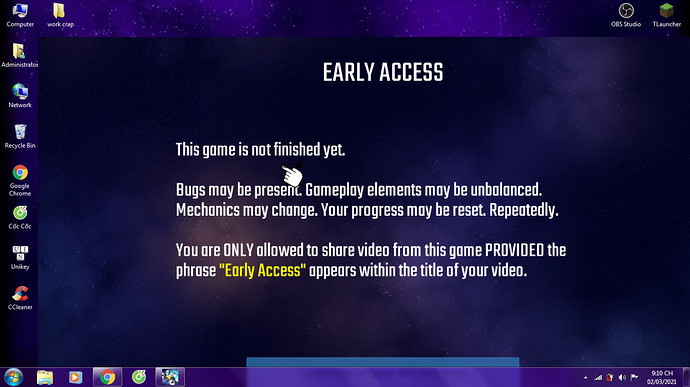 I’m currently in the middle of a major restructuring to support localizations/translations directly from within the game. This causes cascading changes to a lot of subsystems that will destabilize the game (expect several emergency patches following the next update). While this is ongoing, I will not be able to simultaneously add/tweak features, and I will fix only important bugs. Please hold off on non-urgent feedback until the next update, as if you post it now, it will probably jus…

I’ve been saving all these since this post V70:

when will we have right to left language support?
if we won’t have, arabic and persian and … languages should be removed from language lists 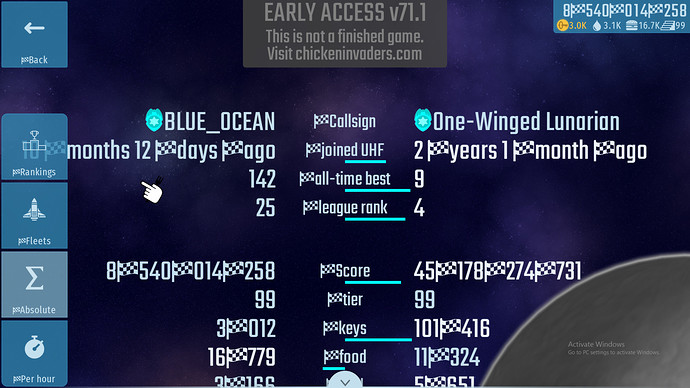 Also why icons are smaller at the right one? And is the maximum number 3?

Maybe bc the stage list makes the icons smaller

I thought that there was a max of 2 environments together.
Does this mean that cold and hot environments can appear together? 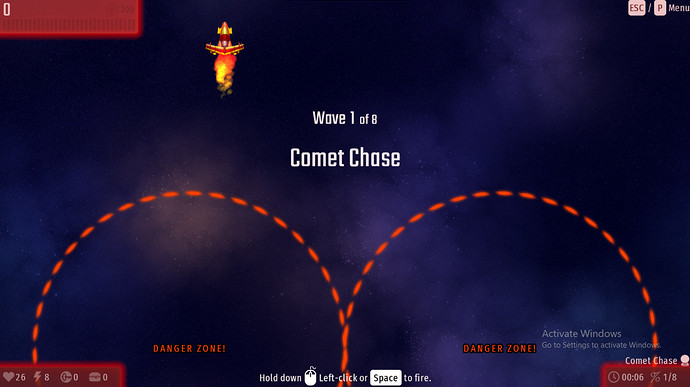 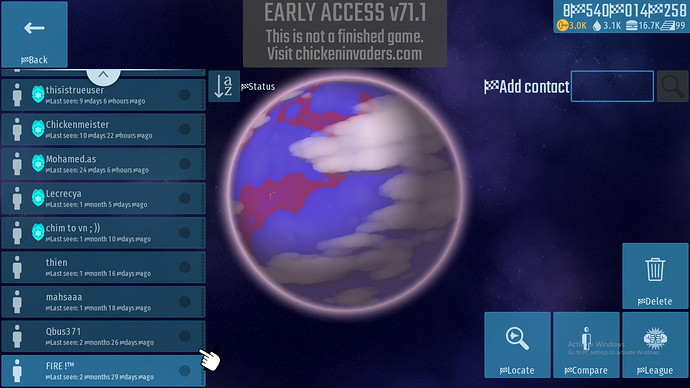 Inactive game accounts will be deleted in v.71 , all inactive accounts have been deleted

well these player are still alive 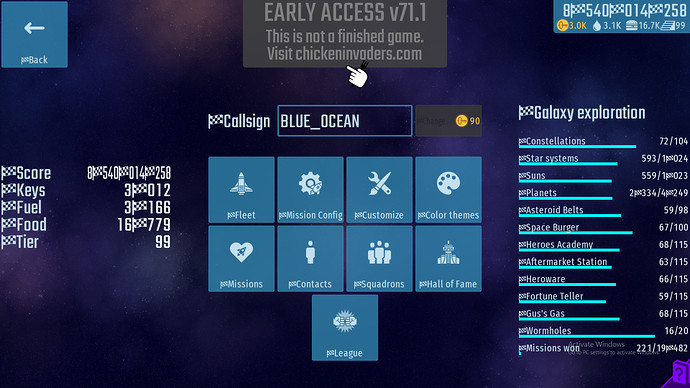 Maybe bc the stage list makes the icons smaller

I actually noticed it before Addictive Magic was even added.

Does this mean that cold and hot environments can appear together?