No, I meant the yolk.

Ok, removed from Yolk, too.

Why not make it weak to something like Fire or Electric

Ok, removed from Yolk, too.

Sorry for confusing you, but I meant from the yolk only, it’s kinda helpful at the individual chips.

Hm… Individual chips change color, so it can be argued that they have their own health bar (like Gatlings and barriers).

Hm… Individual chips change color, so it can be argued that they have their own health bar (like Gatlings and barriers).

“Do not cross” wave shouldn’t be too just like CI4 ?

Now that we have the ball barrier, is it going to be present in “Do Not Cross” wave as it normally is in CI4? 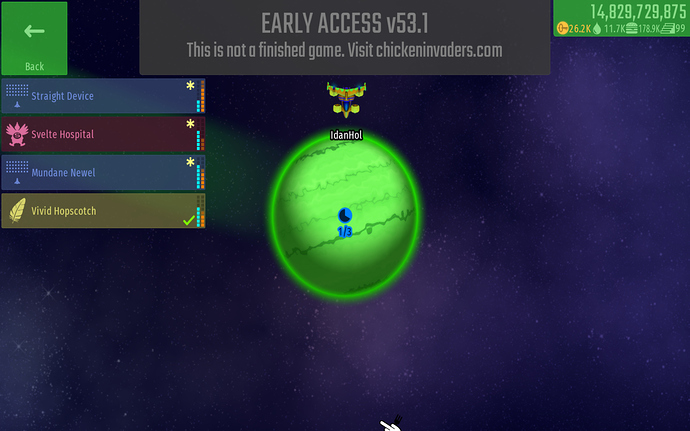 image1680×1050 369 KB
There is a bug when getting information about missions on planets that contains feather fields missions.
They don’t count on the total missions.
for example, in this picture The planet has 4 missions but it written that it has 3 missions in total
marksam123 July 22, 2020, 3:57pm #196

Reported, but not fixed yet.

Some bug reports regarding chaining and splitting.

Multi-hit doesn’t work on the Egg Cannon Cannon Cannon. Chaining can still occur between individual cannons during phase transitions.
Note that it does work as intended on the regular Egg Cannon.

Splitting seems to be bugged currently.

Initially after some testing, it looked like multi-hit itself doesn’t work when the boss is hit by the primary beam, only when it’s hit by a sub-beam: 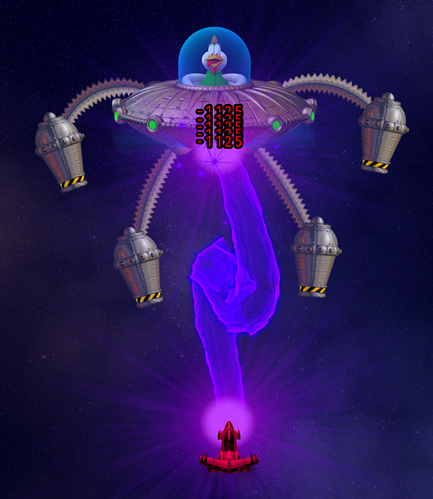 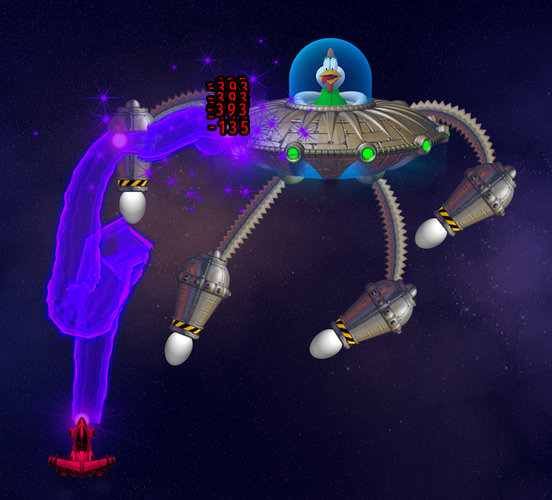 But I have also managed to get multi-hit to work on Special Forces, but only when hitting it under the wing at this angle: 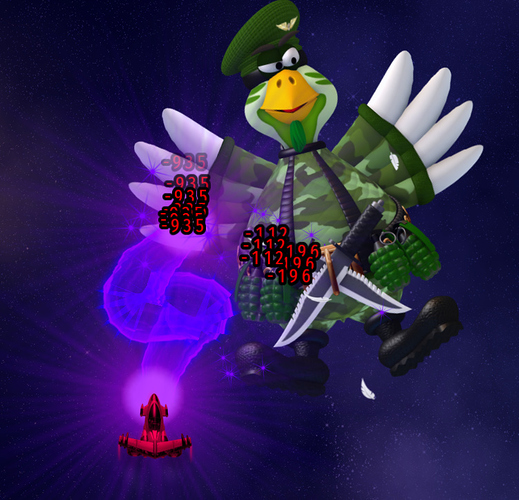 This combined with some testing on squawk block (hitting enemies in the front row only causes splits to go to the side, while hitting enemies on the sides and in the back row causes it to spread out more) leads me to believe that the angles at which splitting occurs are bugged (flipped vertically, maybe?).

@InterAction_studios enemies at “The Portal Gun” wave should be facing the player direction instead of the bottom direction because cowards shoot only at the bottom and it doesn’t affect the player.

Also I think the normal Feather Field wave should be longer.

Looks i like i missed many , By the way @qbus371 i will try your electric idea and see whats happens

why do you feel the need to ping tho

becuase i forget the name but i know the picture , is that bad to ping ?

If it’s pointless and for no reason, yes.

Good catch, they are indeed. In my attempt to “clean up” the code just before release I managed to botch it up. Fixed in v.54

This is how it should look: 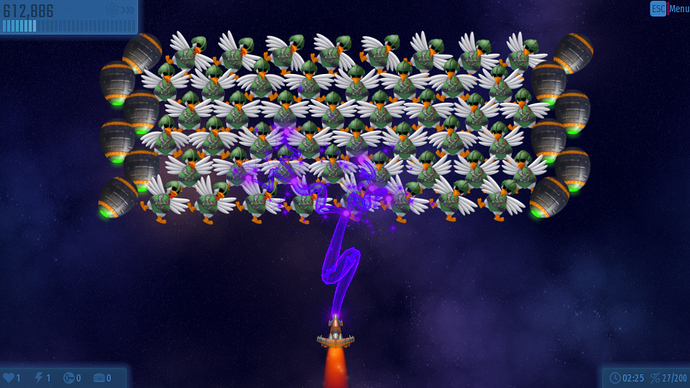 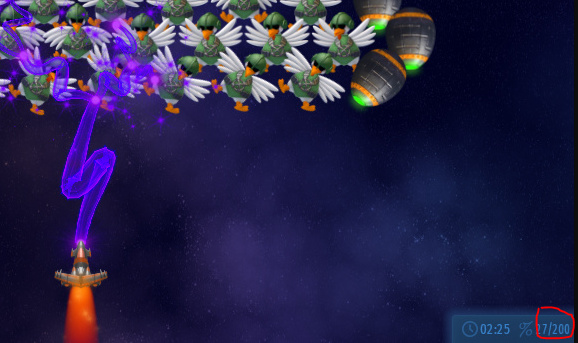 How about adding a pitch to the Feather Brain’s cluck? In CI4 Easter, it had this high pitch and honestly it’d just sound better, imo.