At the moment Utensil Poker and Neutron Gun are unarguably the best weapons for hard+ difficulty missions. It is mainly because they are far ahead of any other gun in the game in terms of dps. In fact, they are the only weapons that are viable to use on elite missions. (Only other weapons that can kinda be used on elite are Vulcan Chaingun and Corn Shotgun, but they are signigicantly worse than Neutron and Utensil) Because of that, Neutron Gun and Utensil Poker are my “standard weapon model” for the balance changes. I want to buff other guns to compete with NG and UP, not nerf those 2(on high power levels). But even though at the moment those 2 weapons are the best in the game, they still have a number of issues that should be adressed in my opinion. Let’s start with Neutron Gun.

As you see, Neutron Gun is pretty fine and it doesn’t require drastic changes. However, it is worth to note, that even small “quality of life” fixes and improvements can do a really big difference in the player experience. With NG’s issues adressed, let’s go to the Utensil Poker.

So let’s start with Neutron Gun and issues number 1 and 2. In order to fix them I suggest the following steps: 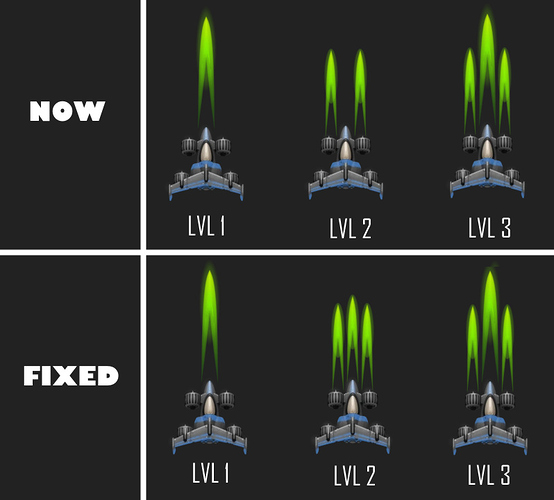 Such changes would even out dps transitions on low power levels and it would give Neutron Gun little more firepower in general to make gap between it and Utensil Poker a bit smaller and to make it deal significantly more dmg than Ion Blaster rework I talked about in my latest post.

With Neutron Gun changes out of the way, it’s time to adress Utensil Poker and issues number 3 & 4. To fix those I suggest following steps: 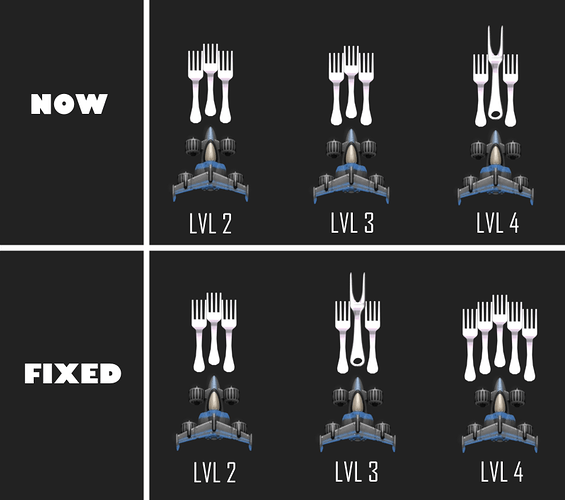 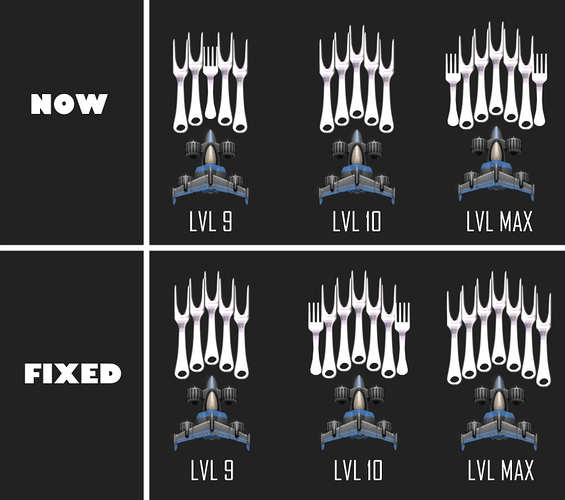 Such changes would fix the useless power upgrade and nerf Utensil Poker’s low power levels, while leaving its high power levels untouched. (Volleys change but dps difference is unnoticable on 9, 10 and max) After such changes, UP would still be very good weapon on lower power levels, just not as insanely strong as it is now. Dps gap between it and Neutron Gun would also be smaller. In general, it would leave Utensil Poker as the best weapon for Elite missions, but it would make it less forgiving when player dies a lot. (Just as forgiving as other guns are atm) Here You can see the end result of proposed changes:

CIU table neu-utensil.png1182×365 34 KB
To summarize, I think that Neutron Gun and Utensil Poker can be improved by:

So yea, that’s it for now. Remember to share your thoughts in the comments below. If you think, that I forgot about something, or you have a different idea, feel free to tell me. I am interested in all kinds of feedback. Soon I will make a post about next weapon, so stay tuned.
You can also check out my previous post, in which i talk about Ion Blaster. CIU weapon balance program - Part 1: Ion Blaster

Can I contact you when I’ll be developing my game (not that it will happen fast)? I love reading your weapon balance posts.

Of course. If you have discord, you can add me there.

I would like to see on part 3 your vew on the lasers (lighting fryer, plasma rifle and position steam)

This is really nice, the propopsed change made those damage smoothly increase

I would like to see on part 3 your vew on the lasers (lighting fryer, plasma rifle and position steam)

I think I will include beam weapons in the part 4. Auto-locking beam weapons are pretty difficult to balance properly. I have an idea what to do with plasma rifle, but have to work a bit more on the other two. Lightning Fryer is so broken atm that I will have to redesign it from a scratch, and unfortunately it takes a lot of time. And right now I am not sure what exactly I want to do with Positron Stream… Part 3 is probably going to be about Laser Cannon, maybe I will add Plasma Rifle to it, since Plasma Rifle has more in common with Laser Cannon than with other auto-locking beams. What I can say for sure is that post about beams will be made before Photon Swarm, Riddler, machine guns and Corn Shotgun.

Anyways, if anyone has some ideas how to make Positron Stream more interesting to use, let me know. I have a hard time figuring out what to do with this particular gun… One thing is sure tho, its horrible now xD

This is really nice, the propopsed change made those damage smoothly increase

That was one of my goals. It actually didn’t take long to figure out how to get this result for Neutron Gun. In case of Utensil Poker it almost came as a “side effect” when balancing dps and useless power upgrade.