Veteran of the Army

Yep, here it comes my third boss idea, the Veteran of the Army. How does it work? How does it look like? How dangerous can this Big Chicken be as opposed to the regular Sarge? 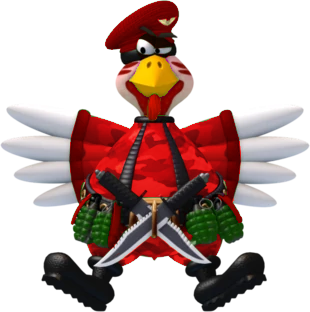 Let’s begin with the stance of this Chicken. It looks like a complete recolor of the Military Chicken, aside from the grenades. Combined with a few ideas from Heavy Weapon Deluxe and you’ve got the Veteran of the Army.

The base stats are following:
HP: 150,000
Resistant to: Positron Stream, Absolver Beam
Vulnerable to: Lightning Fryer (+Shockwave Capacitor)
Rewards: A gimmick (Sorry, no image for this one) would be introduce so it drops one green grenade every time it gets damaged by 20% (20%, 40%, 60% and 80%, just like the Space Crab) and that grenade will explode into an atomic powerup. It doesn’t make a whole lot of sense, but I can imagine that happening. As for its termination, at least 10 drumsticks and a “super size me!” burger would do it, alongside the fifth powerup, and finally, about 100,000 points.
Zoom: 150%

Optional costumes: If it ever happens to be added into the game and something like the Christmas Edition comes, just make it dressed like Santa, but keep the military texture so we won’t confuse it with the Infini-Chick twins. Have that as a reference.

Attacks: And now comes the most fun part!

The last part comes in, and that’s the quips. I sadly don’t have anything in my mind for that so if you want, add one in this topic.

Here are my other two boss ideas:

A bit like Elite Military Chicken. Very good idea!
If he throws red grenades, he must also wear red grenades. 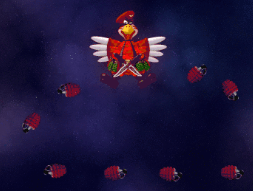 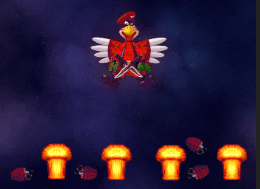 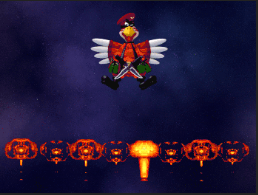 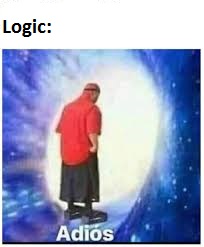 if it’s boring, why did you get into this topic?