This, ladies, gentlemen and non-binary people, is my fourth boss idea! If you want to see the others…

Alright, let’s begin with the outfit of this boss. 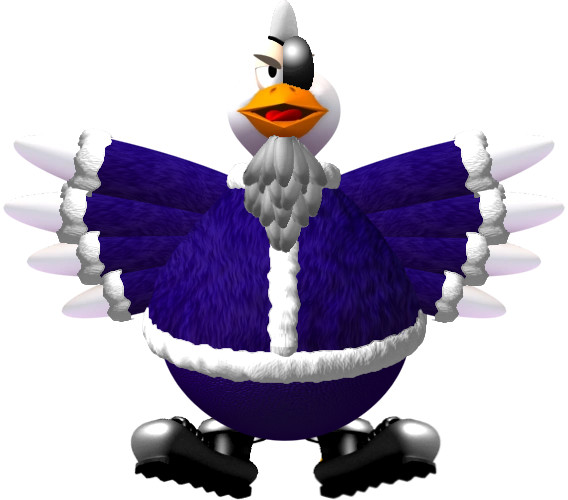 An aged chicken, with a pseudobeard, dressed similar to that of a Sweater Chicken, but its clothes won’t ever be taken off.

Yes, I’ve designed a minion version as well, and it looks much like this:

A bit simple, indeed. Actually, why does it look like a French soldier?

Optional costumes: The Christmas edition gives a Christmas hat colored appropriately to both the minion and the boss.

The entrance? Well, I did make an animation of it, but sadly, it doesn’t seem to accept it, so I’ll just send a frame of it and then use it to further describe it. 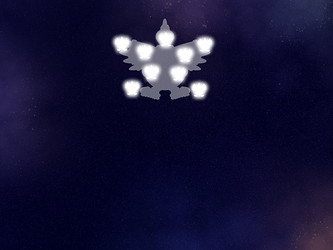 101024×768 121 KB
As you can see, 9 chickens will come into the screen, then glow into some small white stars and unite to form a larger star, that turns into the boss.

Well, now for the attacks.

At death, instead of the fight officially ending, either 16 minions spawn, 4 Chickenauts spawn, or 2 regular Big Chickens spawn.

With all that in mind, you’ll definitely get a bunch of drumsticks and maybe even a few entire plates of chicken meat and burgers, 5 atomic powerups and hundreds of thousands of points.

Finally, the quips…and I’ve thought of only one for the hero when the battle ends.

I can see that you made an effort, I like it very much, I like ideas with bosses, yours has even more attacks than Henotizer. In short: epic work!

You’re welcome, good luck with your next ideas, you can even ask me for help.

Remind me to @Captain