Hello! So the current UI in CIU looks very ugly in my opinion, like it was made in MS Word, so I decided to redesign it to make it fit in the game more, this is what it looks like now, hope you like it.

As you can see it looks more transparent, and when you hover over the items in shop you get the description of that specific item, then when you click, you can access the menu to buy, sell or upgrade it. The in-mission UI also changed, it fits more the original style it had in previous episodes, but still feels new. 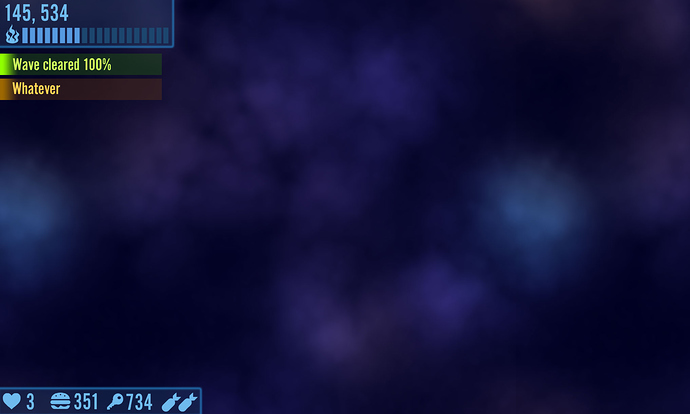 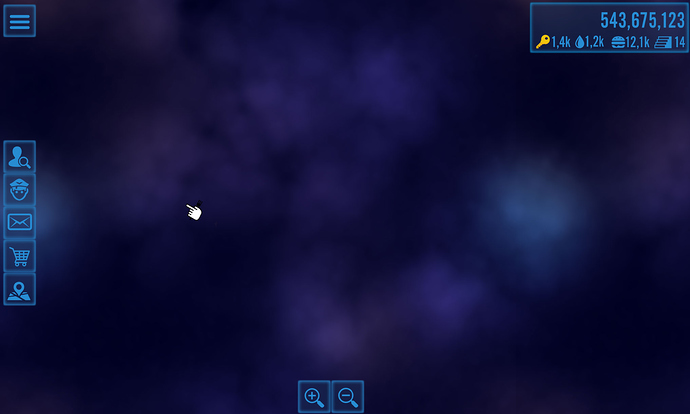 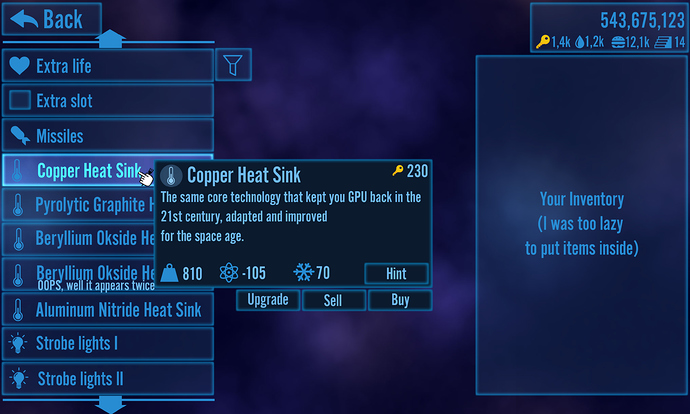 UI change.jpg3500×2100 1.1 MB
I think this one is better then the one we have. But lets see what @InterAction_studios think.
Now the weapon synergy is @cook1ee’s idea which I really liked but I wanted to expand it further and show how I think it could work. To keep things simple I think that only 2 weapons could synergize, and when you pick the third weapon it just resets. To keep things balanced, when you pick a powerful weapon, like neutron gun, and then Utensil poker, you would gain utensil poker’s attack pattern and color, you lose a bit of damage, because it would be too powerful, and you get some heat. So two powerful weapons mean that you gain attack pattern but lose some damage, two bad weapons mean that you gain damage (this way you’d convince players to pick bad weapons too), One good weapon + bad weapon would not change much in terms of damage, only color and attack pattern would change, well this would all be balanced so it’s not OP. 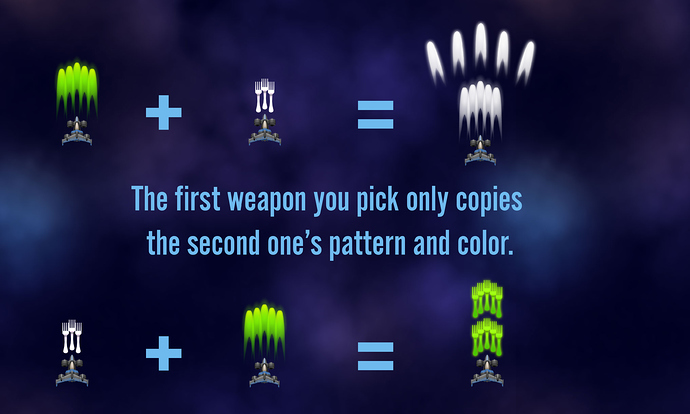 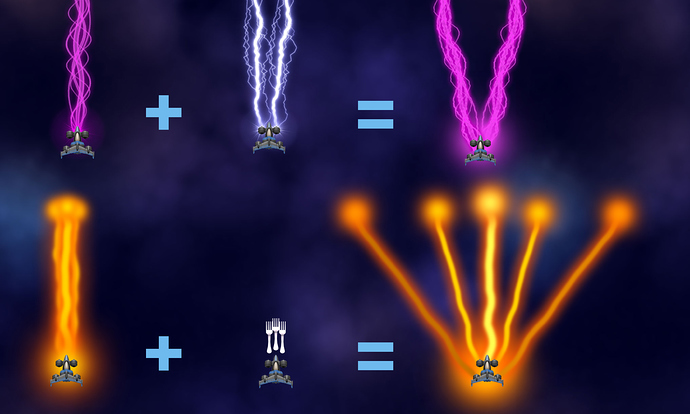 I love the synergy idea! This will make creating “custom” weapons more possible. And the UI mockup looks great aswell. Maybe buttons can scale very slightly when you hover over them? I hope @InterAction_studios sees it

Maybe we could customize our weapon color and style in a way? Put modifiers on it? Maybe go even further and add an outpost where you can build your own weapon? The possibilities are endless and weapon customization would be quite interesting (i mean, spaceship customization is already there).

Yes! That would be the best!

Oh… my… gosh. You, my friend, are a GENIUS.
Now all we need is for the heat sinks to work and the more advanced vehicle paintwork!

I am still thinking what happens if we fusion neutron and this red-yellow straight shooting gun.

@InterAction_studios
Oh, and speaking of weapons, can we get the ability to upgrade the Moron Railgun in the shop?
And can we be allowed to upgrade our weapons to maximum power, or power level 10, at least?

I really want to try the neutron poker

What about some ships has double or trible gun places. Their synergies would be better for usage. So we can start with a synergied weapon.

Alſo, what about particular ﬅrengths and weakneſſes? I think that if we have ſynergies, we ſhould have to uſe keys to develop the weapon, after which it would appear for us juﬅ like any other i.e. it would have its own gift &c.

Haven’t actually thought about that, feel free to suggest something.

This is a great idea in concept, but I remain doubtful because of the combinatorial explosion of possibilities, and the fact that some combinations might not work or make a weapon heavily over-powered.

A somewhat simplified approach: Assuming that each weapon has a set of ‘natural’ characteristics (for example: firing rate, overheat rate, damage per projectile, projectile speed, and projectile spread), mountable upgrades could be added to the shop that will boost (or un-boost) a particular characteristic at the cost of the rest. Examples:

You could then stack perhaps 2-3 of these upgrades to push each weapon’s characteristics in the direction you desire.

Modifying weapons to maximize dps is a good idea, but maybe we will be able to color/style bought weapons? It would add some variety!

Also, I know this is off-topic @InterAction_studios, but I find this important: there have been many complaints about weapon damage and health balancing, including from me. Will something be changed? The problem is that enemies have too much health on SSH and i can kill around 20% of enemies on waves where they can escape even though i spam with my Utensil Poker as much as I can.

Yeah that could work, with some further customization of colors and textures for weapons, also I hope you looked into UI improvement, because the current one is ugly.