Yup, part 3 of my wave suggestions. I’ll further update these with new waves. 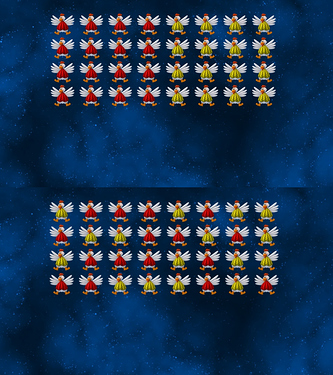 A block invasion wave where chickens group themselves into hexagons that is separated by barriers. 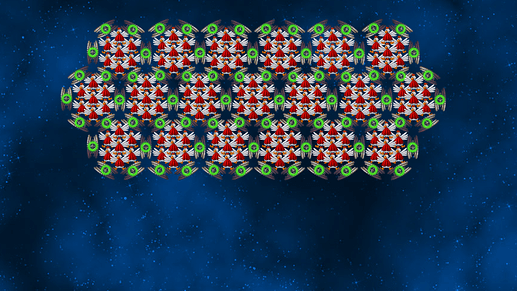 This is from my old suggestion Chicken Solar System where chickens and barriers encircle around a sun. Each sun can come in variations with specific enemies encircling it. These will move slowly towards the player like on the wave Checkerboard Promenade. Ocne all enemies encircling a sun are cleared, the sun will disappear automatically like on Caged Animals, Panzer Strike. 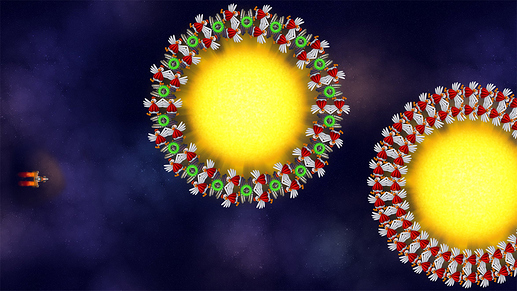 You know the wave “Let the Games Begin?” Only the set-up is the same but instead of ball-passing chickens, these chickens will chase on your current position in a similar manner of those chickens in CI2 in the later chapters. Whenever one is killed or retuned to its original position, another one does the same. 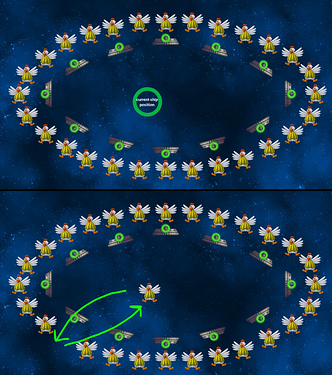 A simpler variation of the Three Stroke Engine but there’s only two groups of chickens going down alternately, instead of 3. These groups are still separated by barriers. 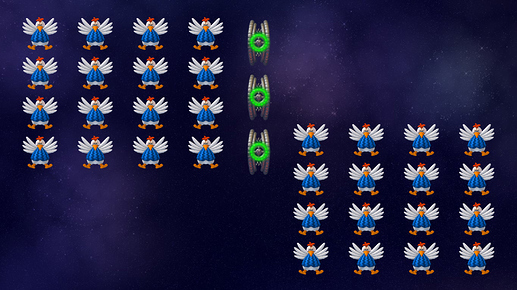 “It prints waves.”
Portals spawn patterns of enemies via portal from left to right and afterwards right to left. After a pattern is finished “printing,” this will slowly descend down to the player and the portals will start again to print a new one. Comes in different patters, especially the ones from Retro missions. 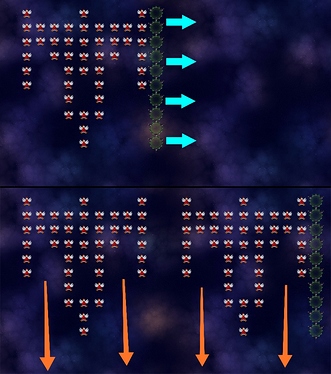 Somewhat similar to Chicken Roulette but each segments are divided by electric barriers with laser barriers attached on end. The ball barrier in the center is indestructible. The whole wheel pans from left to right and vice versa so the player needs to switch sides often with the help of anomaly zones (blue arrows). 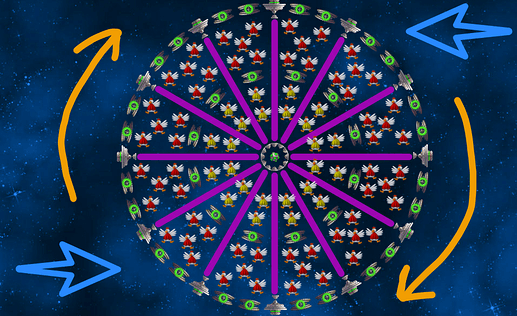 Groups of chickens where the center is composed of a bomb. Just make sure clear the bomb last. Comes in various designs. Not to be confused with Chicken Geometry. 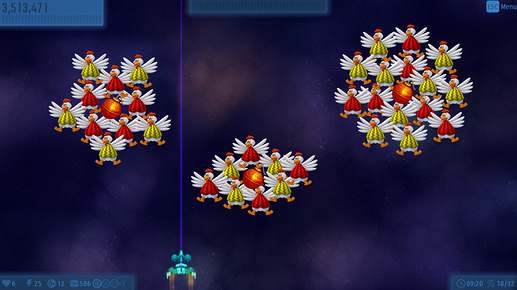 Pierce through the Center

In this wave, there are 2 layers of chickens where each layer is protected by a layer of barriers. There’s also a portal in the center where chickens are spawned. The outermost barriers move clockwise (faster) and the innermost barriers move counterclockwise (slower). When all enemies are eliminated another set will be spawned again by the portal for 2 more times. Four anomaly zones are provided so that they can be cleared faster. 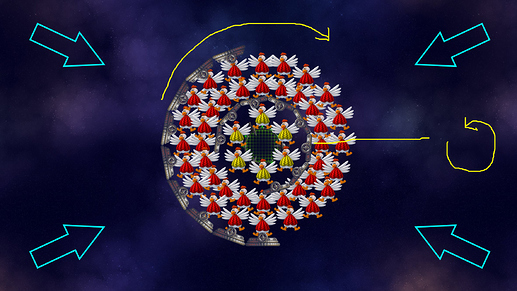 The wave generator chooses a random number (must have the same number of digits as the abacus itself) and adds it up where the output number is displayed as a wave formation. The last digit is exposed and the player needs to clear all enemies on it to proceed to the next digit (bubbles will be cleared). 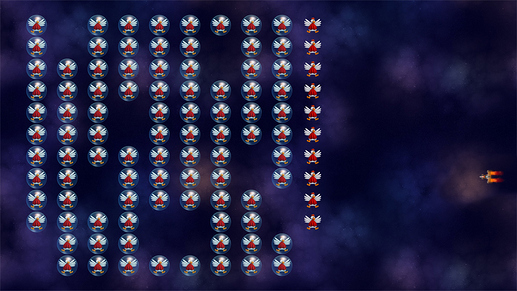 Groups of chickens separated by a line of indestructible barriers. Each column goes upwards, downwards, upwards… and of course has enough space where the player can fire between them. 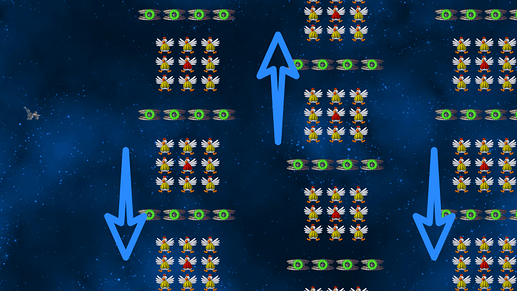 Those are some super small stars. Like, really super small. I don’t even think they can count as a star.

It’s supposed to be Chicken Solar System lol. But c’mon look at the stars’ size in the galactic map compared to our ship.

I wonder why the hexagons are not “perfect”.

I edited this on my phone tnx for noticing tho. I’ll adjust it the alongside with the other waves.

They are called dwarfs(red, yellow).

Smallest dwarf star in the known universe is still larger than jupiter. And here you have a star that can be surrounded by 6 barriers.

I don’t even think they can count as a star

Well count it as a white dwarf…it makes sense since they are small.

Can’t we just pretend that those “stars” are shot by Henterprise?

Well, then they’re not stars.

ok sorry for that, just make me fun the name becuase makes remember other thing, the wave its ok.

Nice But it seems like this other one: New Wave Concept: Flower Dance

Pierce through the Center

I don’t understand emojis, can you write

Hmm, it seems like mine wave cocept uh?, however, i think what the fractorial concept looks better

I don’t understand emojis, can you write

Just i can say what them all are nice

Nice But it seems like this other one: New Wave Concept: Flower Dance 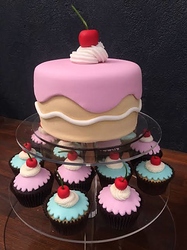 I could probably redesign this to include a much bigger one.