So the new Ironman challenge is up and available to fly. Figured it probably deserved a single consolidated discussion topic because people will be talking about it a lot. 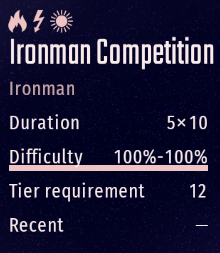 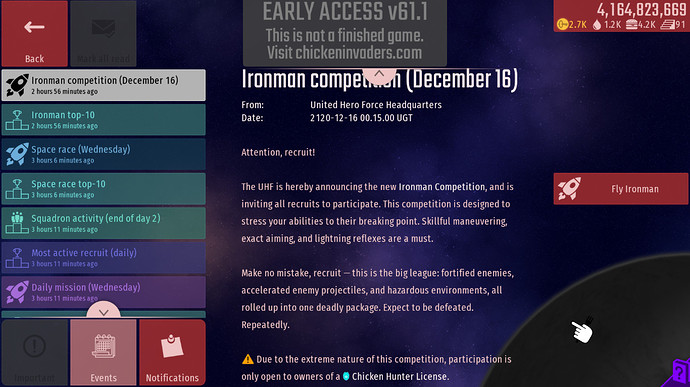 Well, I’m about to give it my first flight. Wish me luck!
Goodbye healthy win/loss record

Daily Mission (Hard): Who are you?
Ironman competition: I’m you but harder 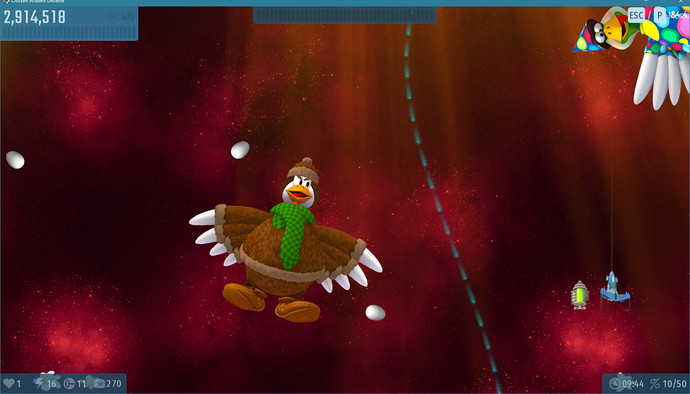 Sweater chicken has the same speed as it had when it got added, so basically this entire mission is v10.1 mode.

I completed the mission, and I lost 6 lives. It was an epic mission indeed

Is ironman free to play?

You need the chl, but it’s free for now

Only CHLs can play?

My best run so far (I’ve had two, first got messed over by the Ion Blaster drop in the Corridor Shooter…) looks like this: 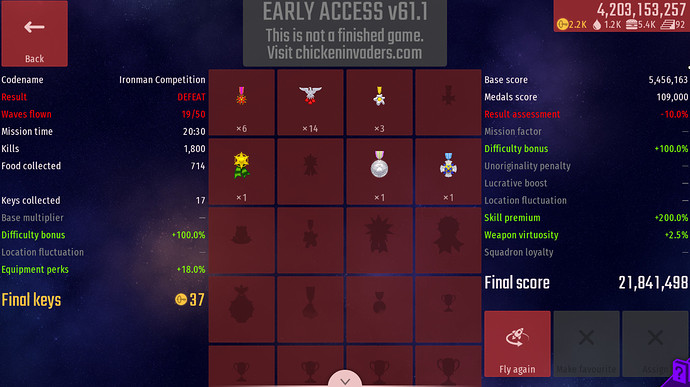 I feel like I could beat this comfortably, except for the environmental effects. That’s really what skyrockets this from “hard” to “brutal” in my opinion. Dodging enemy patterns can be hard, but dodging between unpredictable lightning bolts at reduced movement speed is insane. Plus there’s faster overheat, too.

It is Ironman though, so that’s to be expected. I’m wondering how many keys it will reward the winner… hopefully a handsome sum, to compensate the expensive loadouts you might need to earn a placement. I can’t afford to keep sinking keys into it, so if I fly again I’ll probably go light on the equipment and watch my deaths per hour statistic skyrocket.

@VerMishelb - are you doing a full unequipped run, or just 1 life + other perks? (And have you had any luck yet? If so, I might as well stop trying.

Man, I was not ready for this difficulty!
It’s way over my skills and greed.

I think I will complete ironmen challenges the old fashoned way: youtube

Soooo, still want to say that cowards are just flawed after that?

I’d actually already made the run when I posted that comment, aha.

I think they’re bad whenever, Ironman or no.

(And I actually died to the UCO’s on that run)

i will commit war nono

Yay my best run so far 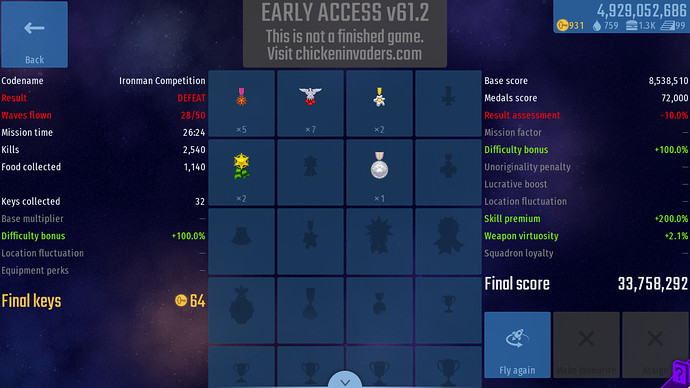 It was harder than what we were thinking! Even if you use SSH in a %100-100 mission, they won’t be so tough and fast. Projectiles of enemies in Ironman competition are so freaking fast, specially bosses. They are die hard chickens and can’t be killed so easily. Eggular item saved me from some attacks. It’s already the only way to not lose. 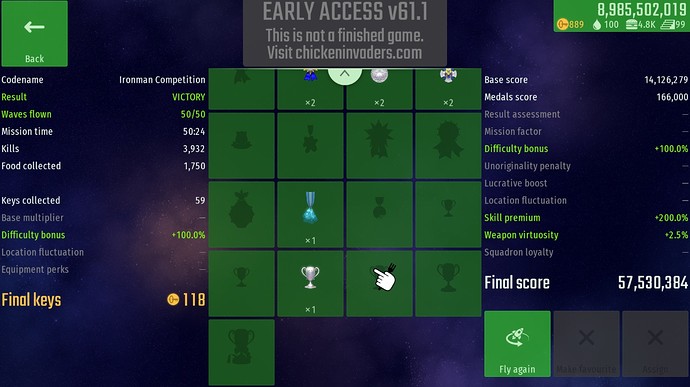 Well, anyone can defeat me.

Let’s be honest: IA made some waves easy, otherwise, no one could pass it.

I will enter the competition but after my exams

My first attempt, I used my level 0 Absolver… It’s not that bad until I suddenly picked Corn. Uh oh… I’m dead at the first boss.

Yeah, the first double team was pain in the hole.

How many end session times get you disqualified at Ironman: 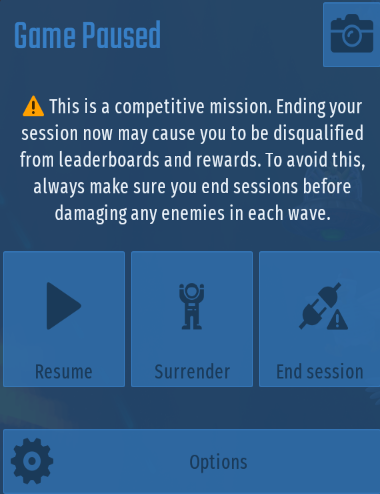 Okay so I finally flew it and I got some notes:

Please before voting make sure you flew the waves above:

This change will apply to some bosses only like Space Crab 2.0 and Sweater Chicken.

Make sure you played all waves before voting:

I think Ironman should should be given to the players who haven’t bought CHL to punish them for not buying it because it is real hell. This is a joke don’t take it srsly.

Also after I play it I think it needs more than 5 days to clear, 7 days are good.