Multiplayer! Well, yes, but actually no. Kinda. You can start and join multiplayer missions, but it should still be considered work-in-progress, a lot of things are still untested, and can very easily go wrong. Also, this is considered a “minimum viable product”, i.e. the bare-bone version. Functionality will continue to be added over the next updates. There will be a ‘proper’ multiplayer launch once all the kinks have been ironed out.

I can’t bring satellites with myself in multiplayers. 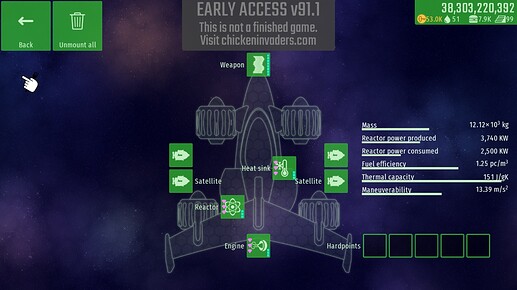 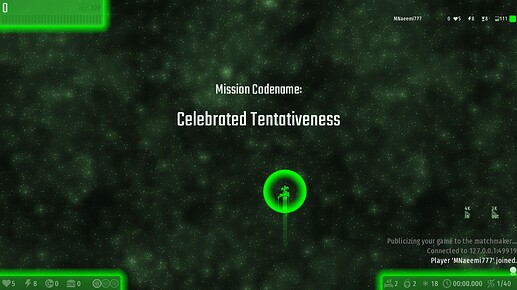 UPDATE: That was ok while playing as a guest.

Same here, and also when anomally area is being use by someone, it will change everyone’s direction too. @InterAction_studios You should check that out.

A tip for Y’all peeps playing multiplayer out there:

stop pausing the game if you want to leave. Ctrl Alt X exist

in case if you are vietnamese:

Suggestion for multiplayer(by Bart0lo, not mine): show which player paused the game

we need pausing to be personal. it gets really annoying when there are many people and some keep pausing while others resume.

A vote for pausing could also be a decent alternative.

how about pause gray out your spaceship, making you immortal when you pause like you never exist in the game (I know this could be exploited)

That would be kinda annoying. Potentially no one would even pause.

The better alternative is just to bring up the menu for just the person who paused, but it does not pause the game at all. Just like most multiplayer games.

That way, if someone wants to leave, they won’t disrupt gameplay.

For additional detail: “Game Paused” will be changed to “NOT Paused (seriously, it’s not.)”

The better alternative is just to bring up the menu, for just the person who paused, but it does not pause the game at all. Just like most multiplayer games.

Agree. And what do you think about anomally bug ? When someone use anomally, it affects everyone else.

How about this message,

What does that mean?

Why doesn’t anyone talk about this part of the warning when you enter the multiplayer section? 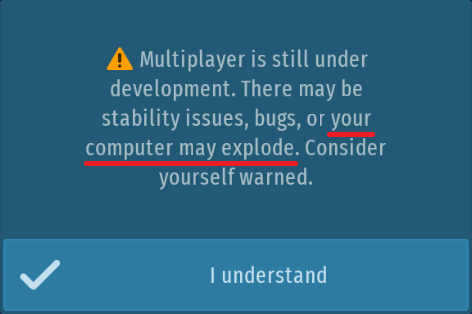 When i enter the room the game crash

Ctrl Alt X didn’t work for me. Pressed a lot while playing. Someone pressed “ESC” and left immediately

The game allows 270 characters while the game supports 256. Crashed the game with lots of ЖЖЖЖЖЖЖЖЖЖ.

The medaol goes to @OneWingLunarian I believe as she was the one who posted the footage. 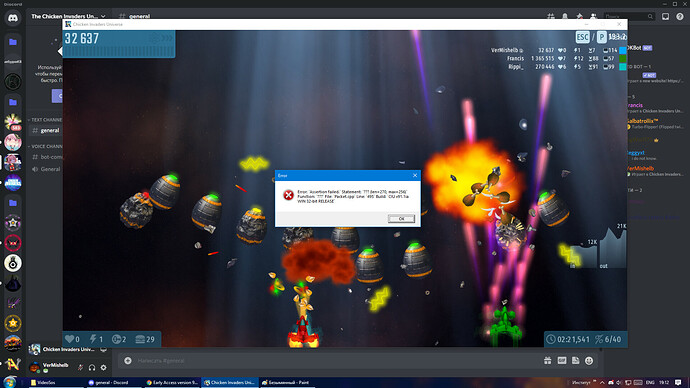