This is a small client-only update, but it is strongly recommended if you’re playing multiplayer games, because it fixes several multiplayer-specific crashes.

I don’t like the third idea.
It seems unbalanced to me.

Agreed, it seems like a bit much. I think it’d be interesting if a powerup could be picked up by more than one player if they’re stacked, like in CI2. Although with varying ship hitbox sizes in Universe, it probably wouldn’t be of much use anyway.

Do you know what is unbalanced? Unlimited speed ships stealing all the powerups and keys when you play as a bomber (:
Every picked item might just be somehow shared and food/keys would be divided by the number of players so everybody gets the same amount

Just play with friends or random friendly ppl you met.

Well, that’s not a real solution, if something is unbalanced, it should get balanced, not avoided 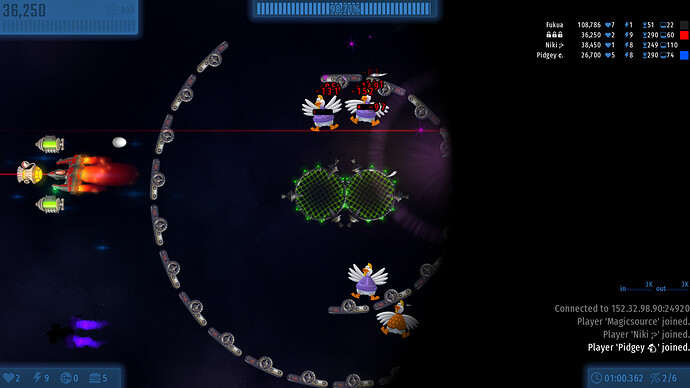 image1920×1080 256 KB
host forces direction of all spacecrafts in some missions in multiplayer to the direction he is facing which makes it a bit annoying for the other players. any way to change that in the future?
1 Like
Nico93T October 12, 2021, 1:23am #9

So for balancing the third idea, i suggest that the drop rate of powerups/gift is the same as if we were solo so with that everyone can pick up items while not be completely broken 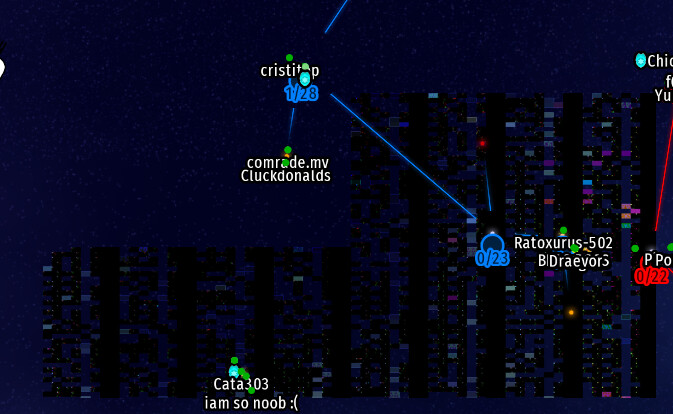 the bug is considered a connectivity and graphic bug, it was a bug that was discovered by cutting the internet for a second to trick the game, and then the graphic chipset think that the game is disconnected and show the the glitchy screen and only re-lauch the game fix it

Will there be tasks in the game? For example, play 5 missions in multiplayer. Reward 15 keys. Etc.

Hello there! Today, I present you an idea: Quests! What are quests? Quests are daily assignments for every Hero out there. What kind of quests are they, and what do they offer? There will be quests such as “Complete a Squawk Block/Boss Rush/etc. mission”, “Obtain the Great Appetite/Marksmanship/etc. medal”, Pick up 5 Firepowers" or “Use Boron Railgun in a mission”. They will offer keys and fuel as a reward, or maybe even some Superweapons. Quests’ type and rewards will depend on a Hero’s tier. …

should have been added by now tbh 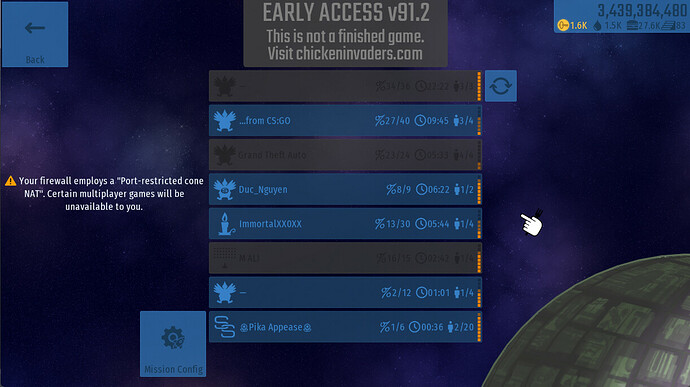 Another bug: Double Team missions are also available for non-CHL owners, but the server doesn’t let them join (The game sticks in route mode). Shouldn’t these missions be grayed for them with warning? And this button sometimes looks brighter in multiplayer section. [jtrage]

You a host in multiplayer if when you move too fast, the mouse is not in place correctly with the spaceship. (sorry for no pic)

iA. At the Contacts, I can’t type the keyboard to find my contact person

Note: My keyboard is not broken
Edit: Same happend at Squadrons selection

Obviusly you can’t browse for contacts if you don’t click the searchbox and type more than 3 characters.

Unless you mean anything else.

if you don’t click the searchbox and type more than 3 characters.

It just a proff that my keyboard isn’t broken