A seeminly small update but with a lot of far-reaching back-end changes, so fingers crossed that everything will work correctly. It has a couple of nice new social/competitive features, too: you can now see the top-10 list for every mission and an “All-time Best” button has been added to “Hall of Fame”. This list (like daily top-100 lists) isn’t real-time, but rather only gets updated each midnight GMT.

Reworked Cowards: Now retaliate immediately upon being damaged (even by one-hit-kill weapons)

Well I was going to fly Ironman again before it leaves. But now… there’s no way I’ll e beating scores that were set prior to this, I imagine.

Maybe you still can though, because at least now that challenge’s gonna allow you to use a non-plasma weapon too 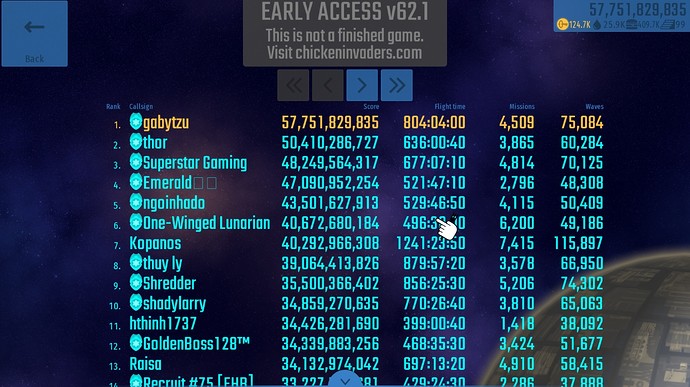 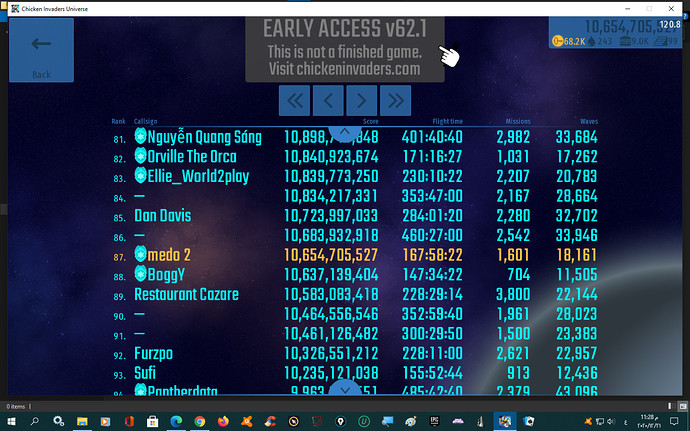 New global leaderboards are great. I’m not sure if score alone is the best indicator of skill so much as playtime (some math with score and flight time/waves could probably give more interesting stuff) but it’s still really cool to see every player in the “universe” ranked. I’m a fan.

(Not posting mine though, it’s embarrassingly low.

What’s this? I didn’t see one in my inbox yet.

not sure if score alone is the best indicator of skill

This is a measure of progress in the game, not skill. For skill, I prefer “score per hour” (that’s why it’s an option when you’re comparing two recruits).

What’s this? I didn’t see one in my inbox yet.

First ones will be sent midnight GMT tonight. Either that, or the server will crash. Time will tell which. 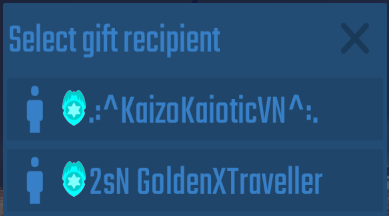 For example 2sN has it while Kaizo doesn’t:

Is that intended or a bug?

And could the CHL badge be a little bigger? Because there’s a little space between it and the logo.

Also could CHL badge appear at squadrons? For example: 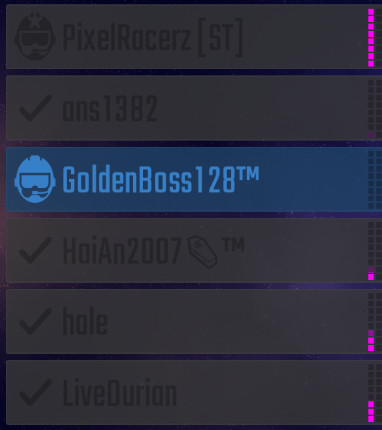 really great iA… the top scores on the mission are incentives to see if we can beat the top score…There should be a reward if one does beat the top score to become the TOP GUN of the mission…100 keys would be nice and wouldn’t break the bank !
also like top all time list , great stat to try to get to next level…
Thanks for this great update…
Shadylarry

Why I don’t see @BlueGamingVN CHL? 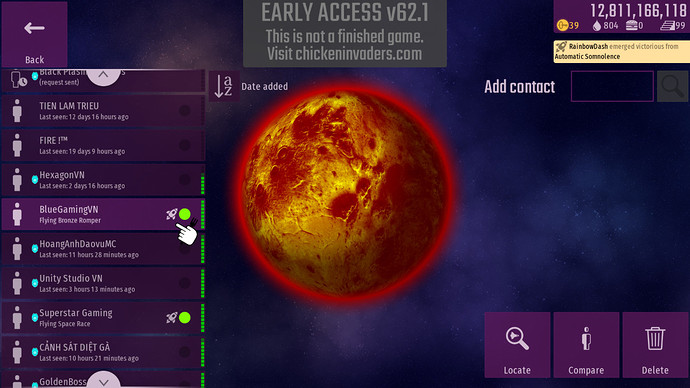 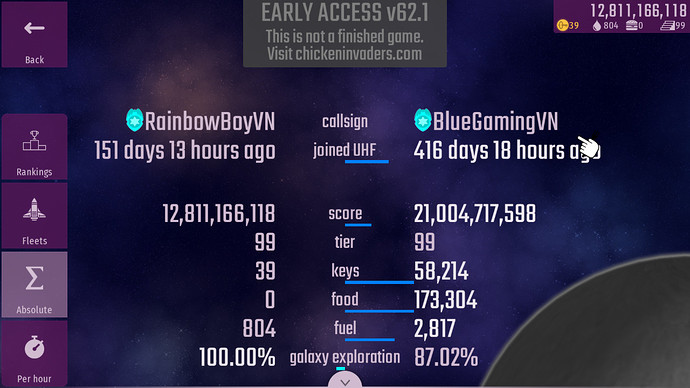 About missions and challenges, I think it would be better if you can see how much your score currently is so you can compare it to the leaderboard.

Aren’t they included in “all”?

I have a question about how anomaly zones are determined because this wave has one zone and 4 anomalies while some other wave (corridor shooter?) has 4 zones for each anomaly with the same layout. Would be better if all waves show the same, either one zone or 4. 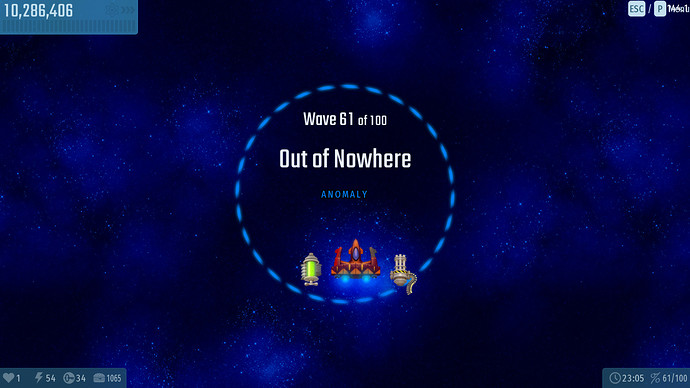 And could the CHL badge be a little bigger

I didn’t want it to take up too much space (so more space is available for the text), but now that I look at it again, it can probably be larger. Changed in

could CHL badge appear at squadrons

Better not. Badges are associated with users, not squadrons. It would also be visually cluttering/redundant if you have many squadrons (some users have 10+ squadrons).

Don’t really want to confuse things. How would you label such a button? “Unmount all except hardpoints”? Ugh.

If you find that you’re constantly mounting/unmounting between spacecraft, buy more equipment

Why I don’t see @BlueGamingVN CHL?

Probably because they bought their license while you were connected. The contacts list CHL status doesn’t get continuously updated in real-time, only when you log in. Workaround: Reconnect.

Would be better if all waves show the same, either one zone or 4

I’ve made them both 4 (merging was not possible because there’s also a safe zone in Corridor Shooter that would overlap the anomaly text).

Incidentally, the zone warnings are just a visual effect that I place manually. They are not affected by the actual location/size of the anomalies themselves.

Better not. Badges are associated with users, not squadrons. It would also be visually

I actually meant the CHL badge to appear next to your callsign if you are a member on a squadron, not the actual squadron name.

Aren’t they included in “all”?

Don’t really want to confuse things. How would you label such a button? “Unmount all except hardpoints”? Ugh.

Yes, you got a point, but for those who have all hardpoints for their spacecrafts and only one legendary heat sink/engine/reactor including me wouldn’t click the button because they would take a bigger time to add the hardpoints again in the spacecraft. That kinda defeats its purpose, so we need a middle solution for this.

Should “Unmount All” button not affect hardpoints slots:

If you find that you’re constantly mounting/unmounting between spacecraft, buy more equipment

As I said above it would take me yes time to buy another most expensive & legendary items, so I don’t wanna risk it.

Isn’t that the point of the game? Improve your arsenal if you want to have more spacecrafts. You can buy a car and another car without engine but you won’t switch engine from one car to another on order to drive it, will you?
This is also one of few ways to make people actually play the game right now.

Also could the gift recipient not show the players who got CHL?

Already suggested at the beginning of v61: to show icon near those who has license.

Small quality of life suggestion: CHL badge should be shown in gifting list. I wanted to test gifting system but there is no way (other than in comparing stats) to tell who has it. It’s just to save time