Maybe the new darkness music should be available in the shop

hmmm, is the cursor supposed to be here or… 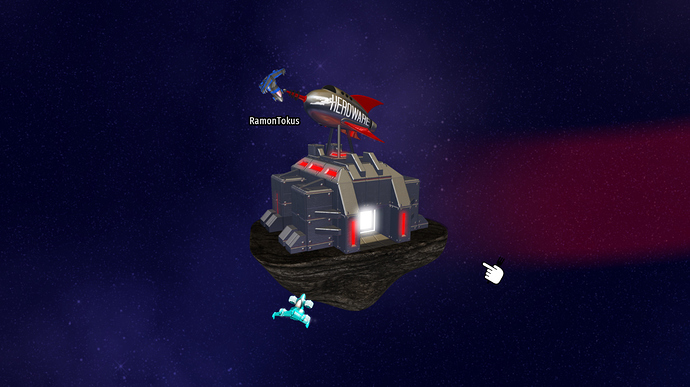 Dark Chicken! Ideas for the future of CIU

Overdrive is now engaged with a double-click

i dont like this, but surely I just gotta get used to it

Keep the Darkness missions ambient music for bosses? (Or maybe make it more intense?) (Idk why, but i like that ambient, it sound like a terror game)

Picking a power up removes overdrive state.
This may be a problem in hard missions

Why i can find Darkness Missions in Suns? 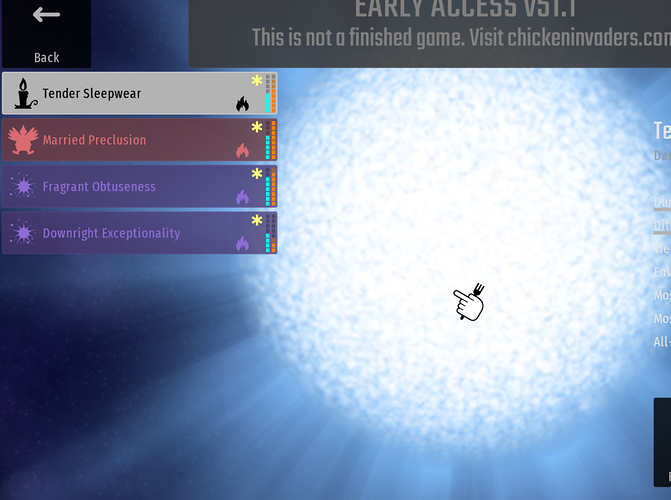 Oh sweet, right on my buttday(birthday). Let’s see how this goes.

I still haven’t spent much time on the new version, but I’m having a lot of fun modding the values of weapons and making Utensil Poker fire like a machine gun, video coming soon.

Also, Happy Birthday Davy! Here’s a Party Bomber for ya! 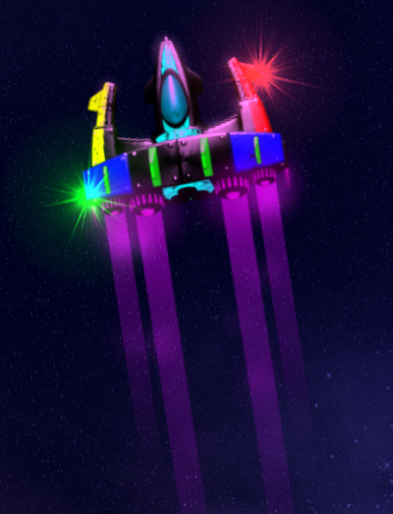 What if the Sun aura color affects the bossa nova aura too?

If it is a Boss rush without sun, the aura color will stay default (as it is rn, red)
(It would be good if it affect The bossa nova color too)

Corn Shotgun have no overdrive is intended, right?

Right, they should be in the darkest corners of the cosmos.

@InterAction_studios The Boron impact flares (and muzzles) are somehow pink instead of yellow, bug or normal?

Does the rarity of a Bomber Spacecraft increases the speed of it or only reduces its hitbox?

Does the rarity of a Bomber Spacecraft increases the speed of it or only reduces its hitbox?