Too many to list (or remember): Plasma Rifle rework, more quips, and you can now customize hardpoints. Buy a hardpoint, mount it on one of your spacecraft, then use the new “Customize” icon (it’s in the Profile/“pilot helmet” menu) to, well, customize it.

About the new “Ghost Trail” hardpoint: Depending on your DirectX 9.0 emulation, you might find that it slows your framerate down significantly. If this is the case, let me know. As a workaround, reduce the trail’s length and/or density.

This update gonna be fire.

That is a long f*cking list you got there mate

Same, it’s Sunday and Monday school will hunt me

When you are on this screen 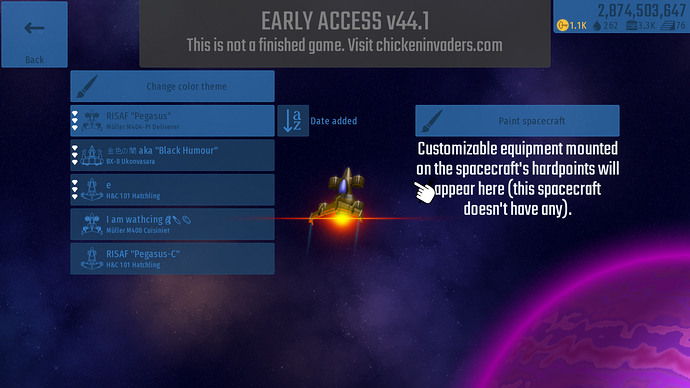 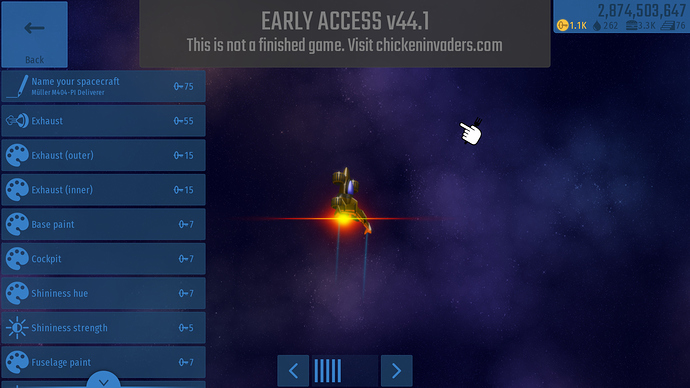 Is that possible to keep position?

Can I customize the Strobe Lights? 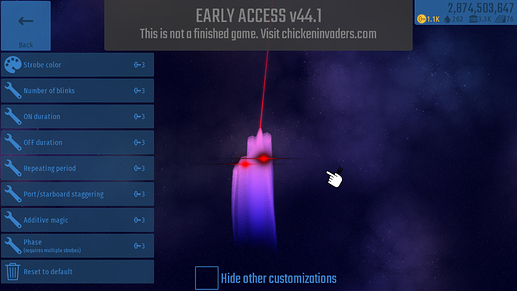 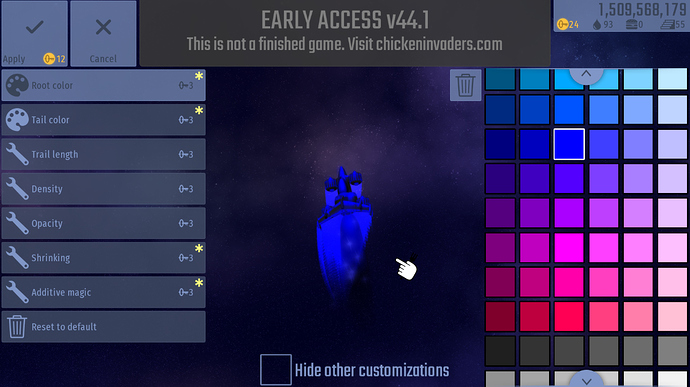 So technically I can make a Morse code

Is that “I am wathing” ship? 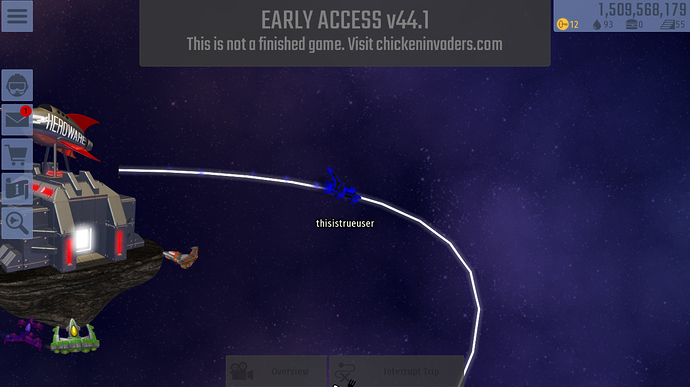 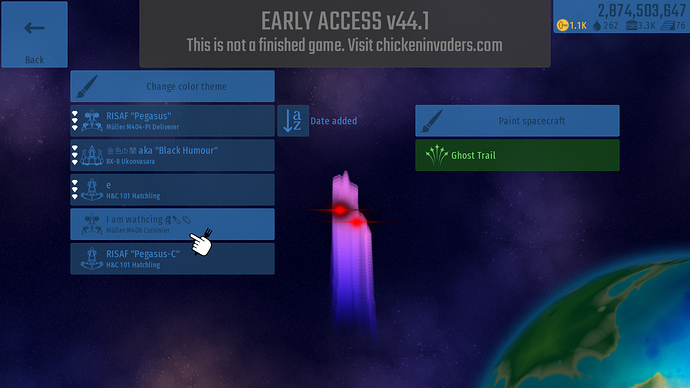 image1920×1080 541 KB
Why ghost trail makes my engine’s outter color (black) disappear?
And when I make PrtScr, there is a rip in the trail. 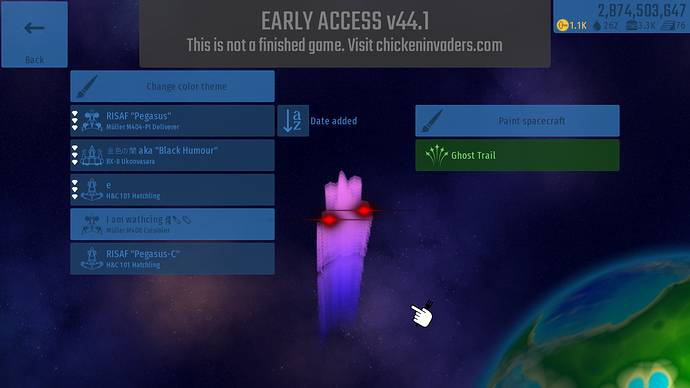 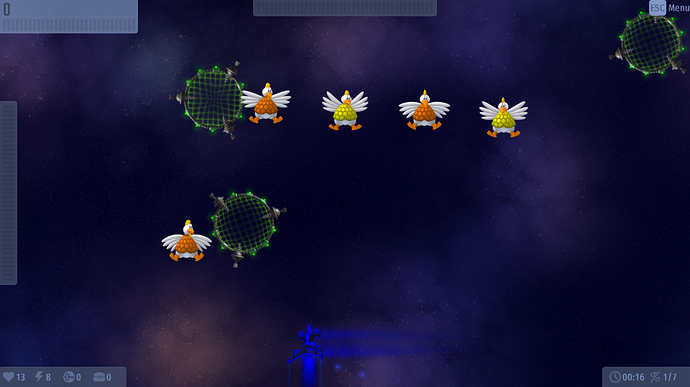 I liked playing without the laser scope yesterday, I probably won’t buy it again

This is because the rendering order is switched when your exhaust goes “underneath” the trail. This only happens in the preview, not the actual mission.

And when I make PrtScr, there is a rip in the trail.

Because your frame rate stutters when the screenshot is taken (in the most dense option, trails will spawn one each frame, so if your FPS varies it will cause these types of artifacts)

Making customizations visible in the galaxy is problematic (both from a technical and a UX standpoint). Can you imagine 50-100 spacecraft with trails on?

Oh, I see.
Also, can you make this screen select the first ship in the list by default? It looks so empty until you click something. 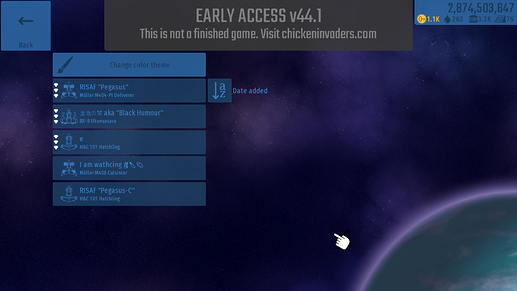