An emergency update which makes a lot of difficulty tweaks to the new waves (generally making them easier). Due to the difficulty change, all Galactic Cup Knockout missions flown today so far have been reset, and you’ll need to play them again. A system announcement to this effect has been also sent in your in-game Inbox. 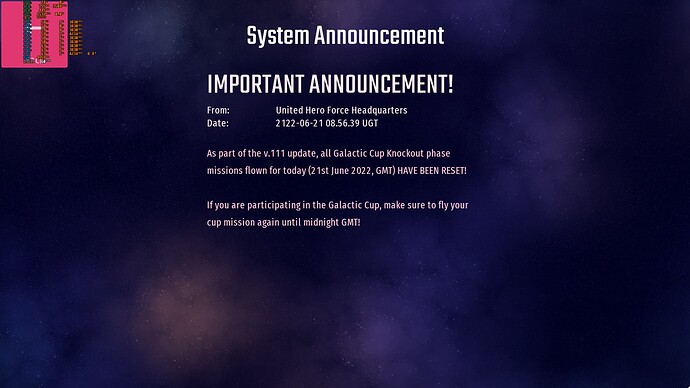 Reverted this change from v.110: “Thundercluck” boss: Bolt attack now has 5 projectiles (instead of 3) for difficulties >=100%

So how about the boss “Feather Brain”, “Bossa Nova” and “Henlley’s Comet”? These bosses are only appeared in CIU too

Reverted this change from v.110: “Thundercluck” boss: Bolt attack now has 5 projectiles (instead of 3) for difficulties >=100%

Why? If it was too hard at least decrease it to four bolts or decrease it’s speed.

Hmm, spawning extra enemies like that has logistical problems about whether the can reasonably fit in all possible waves

I do not know a solution for that. but you can think of one, but first tell me if this change requires a poll.

Also in gryoscope malfunction/terminator chickens waves, danger zones only appear at the bottom part of the screen despite the fact that enemies will not only spawn from that part but every other side of the screen. a safe zone in the middle would be better so the player won’t get himself accidentally into a enemy.

I’ve shown this announcement after I updated & launched this game

it’s an alert for every galactic cup player (even if you weren’t, it is sent just in case) to restore his progress right now before getting reduced to atoms.

Most of us are way too familiar with that pattern, therefore I’m a No. Sorry.

you can apply this only with Ci5 victory music. The Ci3/C4 victory music essentially symbolized 4 types of missions: comet nova meteor and feather, so if you’re on a hybird mission, the music won’t really fit.

This is totally unnecessary because the player do not stay on the bottom or the side of the screen where yolk star lasers becomes tougher and bigger at this point. while staying near the yolk’s shell is a lot safer to use it to trick the terminator chickens coming for you and laser are very small at that point.

Why? If it was too hard at least decrease it to four bolts or decrease it’s speed.

no the problem here is that BX exist

IA just screenshotted that is possible to survive with BXs, And I only suggested decreasing their speed so it’s less hard to dodge, if not 4 bolts might do.

ok then where is the screenshot 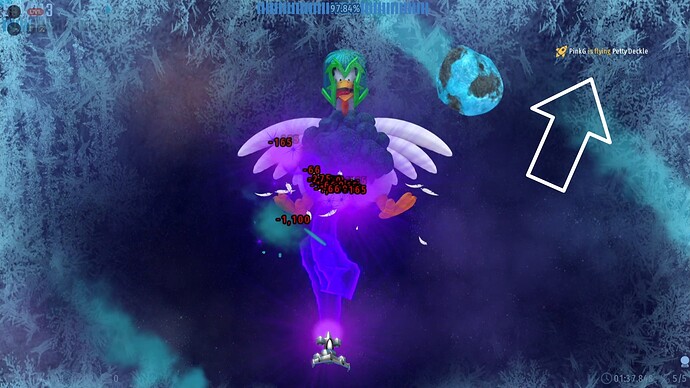 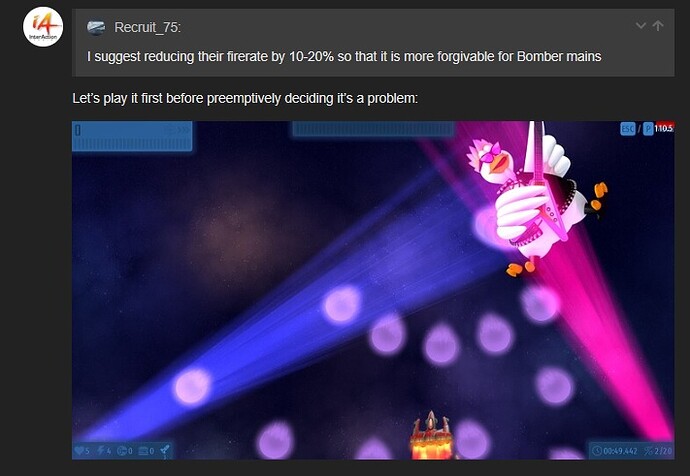 It looks like your idea is “less than universally accepted”, so no. No Added in v.110

Idea No That will generally not be survivable. But poll it. This information is not vital. It would clutter the screen. Fixed in v.110

Bug It doesn’t launch bad every single time, does it? Odd, because the “key collect” sound does not loop at all. Please report if you hear it again. Expected. Fixed in v.110

Bug I’d rather have zooming behaviour…

It’s not like you will focus on it for a long time, also pausing exists.

Speaking of this, how about making the contact notification bar transparent whenever the player flies in it during a mission?

Idea: In Heroware there will be new categories,
Regular
Uncommon
Rare
Legendary.

Like they appear if one of your friends go online, flying mission, or went offline. It’s a bit annoying when recording, it appears, letting all public that watch it know that it’s your friend. Cuz Privacy u know

Also, pausing dont do anything, it still appear nl matter what

Maybe even the FPS counter?, The red thing or whatever its called.

The Ci3/C4 victory music essentially symbolized 4 types of missions: comet nova meteor and feather, so if you’re on a hybird mission, the music won’t really fit.

i see is fine