There’s a bunch of changes in this version (see below for details). Some server problems prevented us from introducing as many new elements in this update as we would have liked. The upside is that this update is completely backwards compatible – you will only lose your current mission (if you’re in the middle of flying one).

A major change is how skills work: instead of boosting enemy health (example: Superstar Hero used to boost +200%), skills now boost mission difficulty (+40%), key drop rate (+50%), +enemy projectile speed (+30%), enemy health (+30%). Other lesser skill levels boost proportionately less. These percentages can (and will) be changed based on your comments.

8 Likes
How CIU ver 1.0 was different than the current version?
Question about selling items
About “Distinguished Green Greed Cross” medal
Horam December 27, 2018, 6:15am #2

I tried a 7/8 difficulty mission with SSH, but it was still too easy (only had one “unneeded” death near the end). I think there should be 3 skill levels higher than SSH, which should go up to like +80% difficulty, 100% enemy firerate, +800% points and 3x keys. Maybe SSH could give you more keys, too. Also, harder missions could increase the key drop chance as well?

I don’t know if the Fork overheats too fast now. The problem is that almost every weapon except Fork and Neutron are useless because they don’t deal enough damage to often get a clean sweep (especially on hard missions).

Have you thought about the price of perishables? I know, this is the 3rd time I mention this, but at this price i won’t buy missiles for normal missions. Ever.

Have you played at least a few more high difficulty missions? I think that the chances of getting an “epic wave” are already high enough. Forks and neutrons are fine the way they are. They should really buff other weapons.

One mission is not representative. Maybe that 7/8 you saw was in fact just a tiny bit over 6/8. Maybe the waves themselves were naturally easier. And maybe the RNG just gave you a break with the epic waves

We still haven’t made a balancing pass over perishable prices. It’s coming.

@InterAction_studios Can you add an information if a celestial body has been explored already? I often forget it. 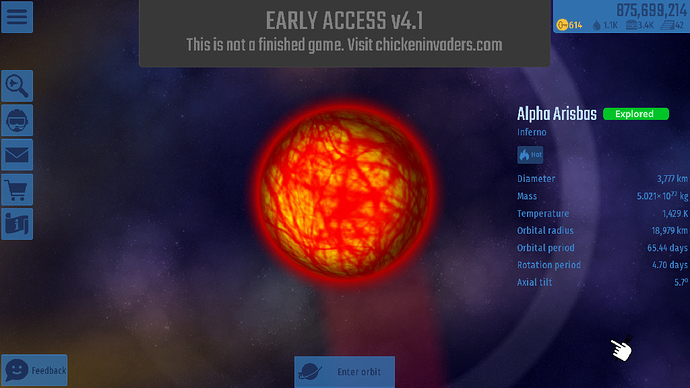 I think the biggest problem with perishables is extra lives because this way, every death hurts your key income. Maybe you could make it so that you always start with, lets say, 3 lives and extra lives are permanent(not perishable) but one of them costs around 100 keys?

you can see if a celestial body has been explored

Also, I feel like the damage output is way too low. Utensil and Neutron are the only weapons that deal moderate damage. Everything else is useless, especially things like Riddler or Vulcan, where I’d rather collect an egg instead of them.

@InterAction_studios there should be a way to select the superweapon to use while in a mission.If i am deperate to use a missile while there are 3 damage boosters before it, I first have to waste them to use a missile. Maybe add a hotkey to switch to the next superweapon. When you run out of it, it automatically switches.

@InterAction_studios the speed of chicken attacks is too fast in all difficulties, can you correct that?

@InterAction_studios Hard waves are fine, as long as you have enough space to dodge. But waves like pulsating grid don’t give you any. Lost 8 lives in that one wave after not dieing in any wave before and had to surrender.

What do you mean? The speed wasn’t changed (only in skill levels Veteran and above). It’s been the same speed for years.

@cook1ee Depends. If you encountered it with SSH, then anything goes. Keep some missiles handy for such occasions. But if you encounter an ‘impossible’ wave with Rookie skill, let us know and we’ll take the difficulty of that particular wave down a notch.

I could use missiles, but as I said, they are way too expensive to be worth it. Mines could stay at the same price, but maybe they could do way more damage than missiles and be more effective against bosses?

Maybe, on pulsating grid the nearest enemies to the center should be put away from the center by about the size of 1-2 chickens or the centermost circle of enemies should be removed?

I don’t know if you already know it, but on “Nasty Surprise”, the eggs have almost no health which leads to releasing over 3 UFO’s when you try to kill one, which leads to dieing in a rain of blue lasers 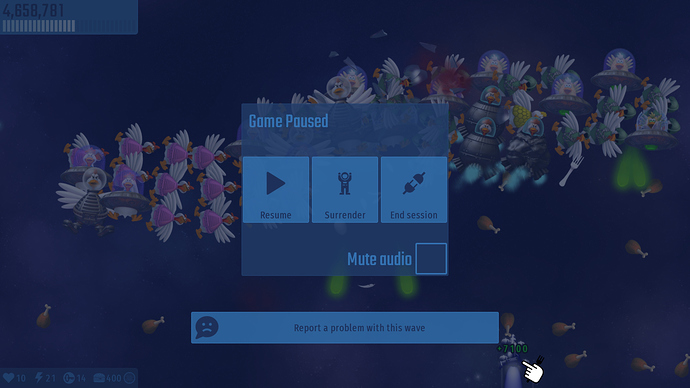 This is a good example of damage output. I can’t even kill 20% of all enemies no matter how fast i shoot. Should’nt I be able to kill almost everything with a max power utensil poker?

No. At leaﬅ, not if you are looking for hard levels. If you’re playing rookie, maybe.

When I play hard missions, i expect action packed explosion intensive and bullet-hell like gameplay, not a huge damage sponge that I cant break.

Uhm,yes,you should be able to kill everything with a max power utensil poker,or at least almost everything. You shouldn’t be literally forced to just sit in one place and watch everything pass by. 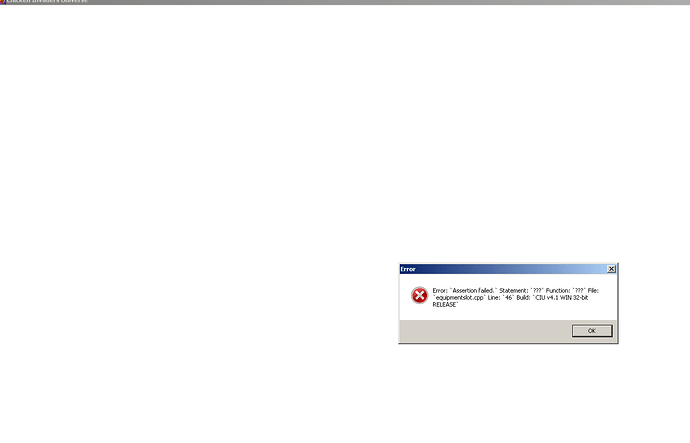