Weapon (satellite) suggestion - a big laser cannon of some sort

Since the prestige system suggestion wasn’t received too well, I decided to do the only sensible thing.

I’ve finished all the sprites and sound effects, but I didn’t design the actual gun. So just… pretend that it’s there.
(I also don’t have a name for it so… yeah)

The weapon generates a cluster of laser beams that split apart after hitting an enemy.

The cluster consists of three beams: a strong one (2000 damage) and two weak ones (750 damage each). The initial hit deals 3500 damage. After the initial hit the weapon detects three closest valid targets and directs the separated beams at them. If a beam cannot be given a valid target, it is sent out in a random direction.
A target can only be hit once, unless a randomly directed beam happens to touch it.

The weapon’s energy cell allows for it to be fired 5 times. It has a fire rate of 1 shot per second. 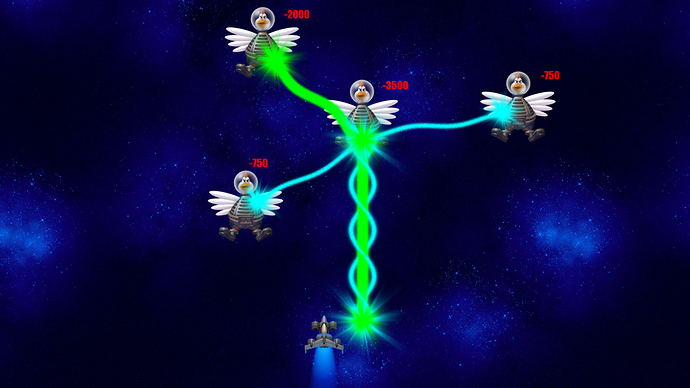 The weapon also has an alternate firing mode: if the user holds down the firing button for three seconds, the weapon will automatically fire a charged cluster, releasing all of its energy at once. This can only be done if the energy cell is fully charged (aka if the ammo is full). Releasing the button while the weapon is charging will fire a normal cluster instead.

Beams in the charged cluster deal more damage than usual (their hue is also inverted), plus after the initial hit the cluster splits up into three copies of itself. 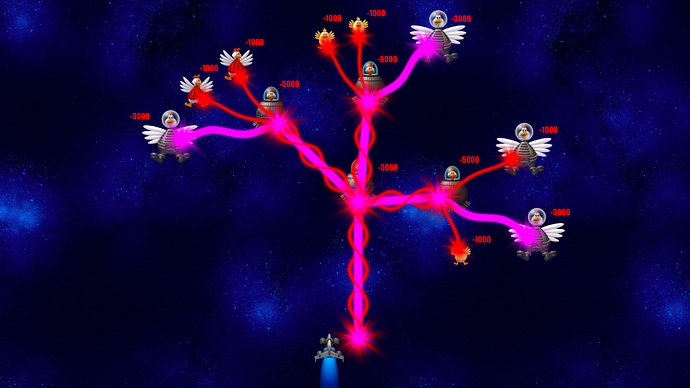 The weapon can deal up to a maximum of 35000 damage (just below the microgun).

Indestructible entities such as U.C.O.s’ weapons, Space Crabs’ arms, bubbles etc. are treated as valid targets, and therefore can soak up a lot of the damage, potentially reducing the effectiveness of the weapon in certain situations. 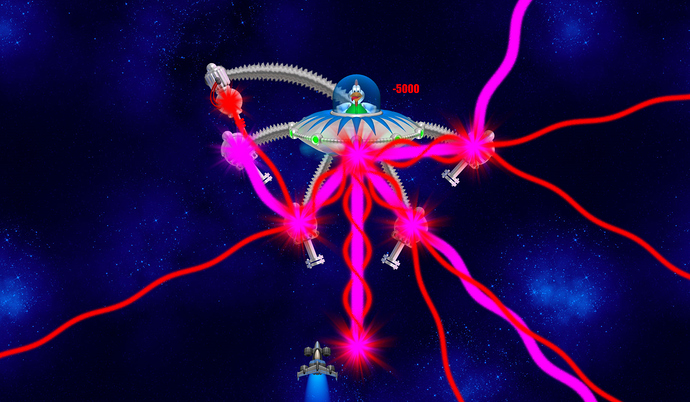