Sadly, the download link has been disabled for the time being since Kylo Hen can’t really confirm whether the policy from InterAction Studios, this one:
https://forum.chickeninvaders.com/uploads/db1091/original/3X/6/7/67ba76767ea343da3be1fd5b1224fcd4aecbbfd8.png
Whether this policy applies to Kylo Hen’s weapon reskins or not.

This is correct - if I hear otherwise, I’ll happily re-enable the link.

@A_Hand - Thanks for expressing interest! If I do get the link back up I will make sure you are notified.

I know that there are already a bunch of Christmas and winter themed weapon skins out there, but can we have more of them? Like for example, candy cane Utensils?

Perhaps in the distant future - I intentionally added a few in anticipation of Christmas though, and I’m not really in a position to be making a bunch more at the moment. 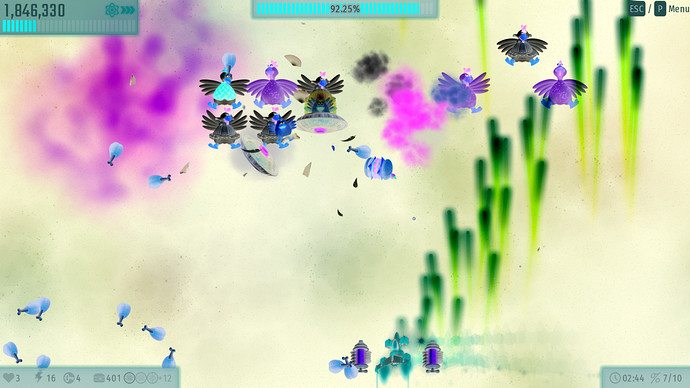 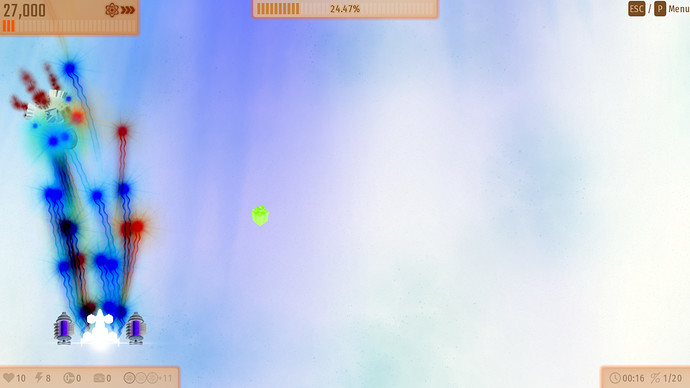 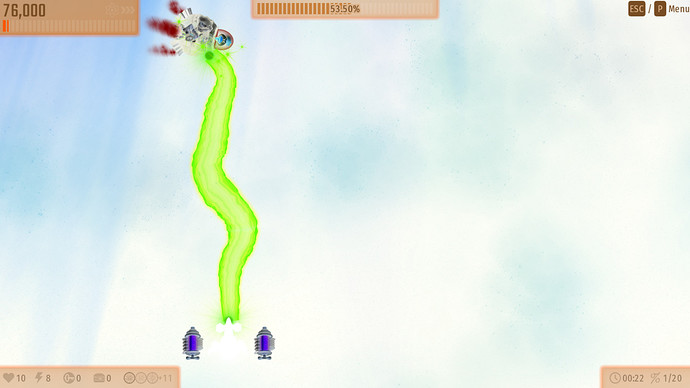 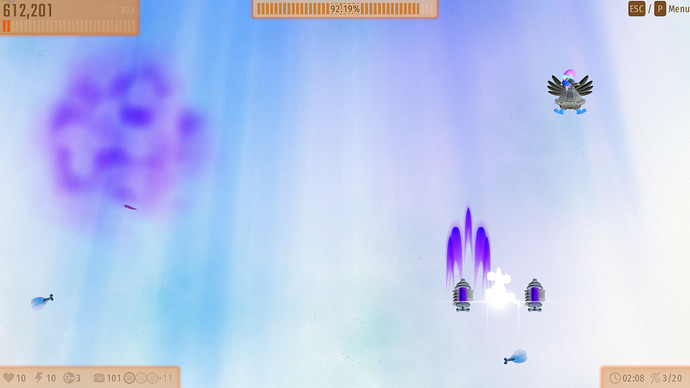 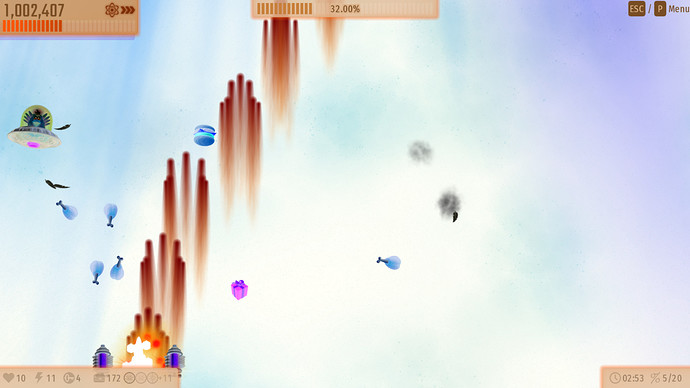 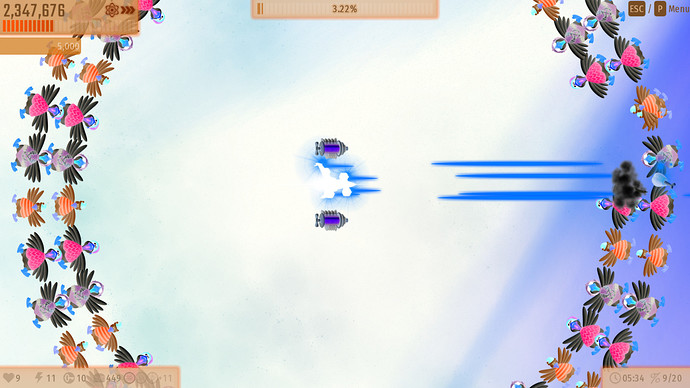 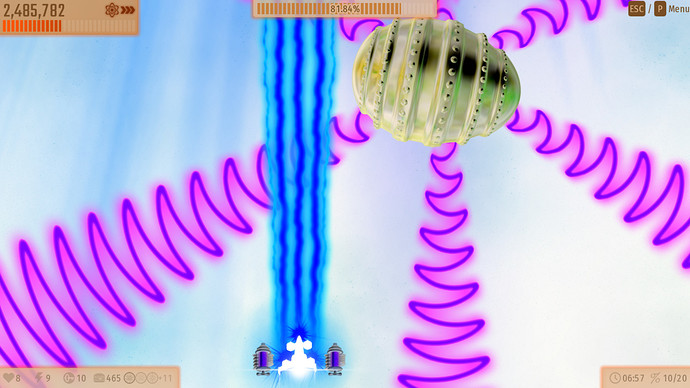 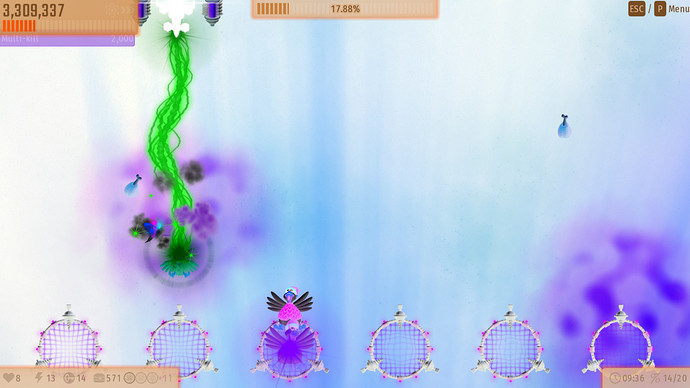 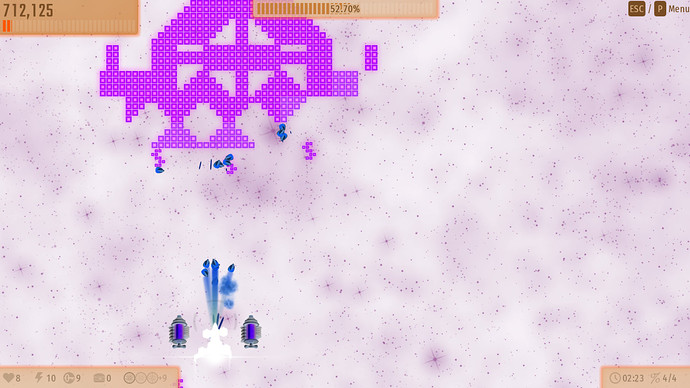 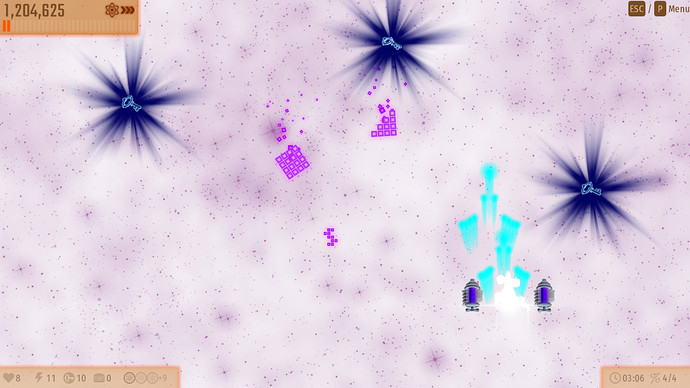 Tried out some of the weapons.
Wonderful work! I only noticed two issues. Intense focus seems a little too loud compared to the rest of the game’s audio. Also, the egg cannon seems to have had its instant laser particles(or whatever it is) changed according to the photon swarm change(I used bubbles, so it looked kinda funny, lol). 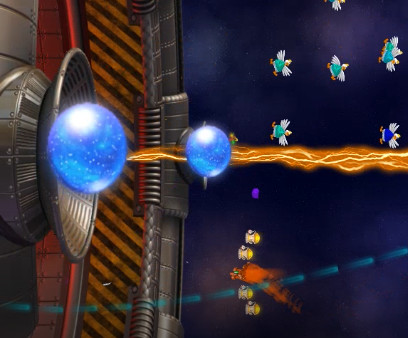 Idk if this can be fixed, but figured that I should point them out just in case. Everything else seems fine, though I only tested one set of textures.

Idk if this can be fixed

Actually, it could be if, instead of changing the flare of the photon swarm, the tip of the actual projectiles was changed. Though it might have to be resized then

There’s a skin where I do this (Stinger Trails) and the projectiles clip into the enemies as a result, because there’s no flare. For something like Bubblegun, it would also cause distortion with the shape and direction of the projectiles. Given that the mod is intended to be a proof-of-concept for the reskins in the library, I’d rather have the weapon itself represent the idea as well as is possible (within the limitations of modding, that is) even if that causes some visual weirdness in other parts of the game (although the Egg Cannon is one of the only instances where that actually happens).

And yes, Intense Focus is probably too loud. I kinda went overboard with it, but I wasn’t planning on tweaking it to the “just right” spot (that takes a lot of testing with something like in-game audio balance) and I thought with a skin like this it was better to go with “too much” rather than “not enough”… so, well, I think I did go “too much”, lol. It’s a completely fair criticism and a fault on my part, but not one I’m likely to fix anytime soon, I’m afraid.

In any case, I still very much appreciate the feedback! Glad you’ve been enjoying the reskins.