we need a long range high fire rate medium damage flame thrower. its gonna be like the flame thrower satelite but you wouldnt lose itbut with more range and a bit less damage also it will have a special effect called burning the flu gun should have poison or desease, photon gun thingy would have a uv radiation effect, lightning gun should have a 1 sec stun and ect.

Burning projectiles should never be possible for a weapon. That would make it overpowered.

I’m not sure we should rule it out completely. It might be an interesting dynamic: A weapon that does less damage than most, but in exchange sets enemies on fire for a set duration. The overall damage output would be higher, but the tradeoff is that the damage isn’t instantaneous.

Good idea but this gun could really change the game so better it stay as a idea till the other episode of CI.

i have to say burnin projectiles ar not tht op lets think about the photon gun. it has insane aoe and if we add somethin like radiation it could be very op but the effect will be very weak so its fair for the chicken breasts and the player

It still is overpowered thanks to it being able to burn projectiles.

few jeez that guy never gives up his opinion 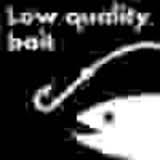 He gave a idea about other good weapon, this is not a way to start a beef with him only for saying his opinion. I find this idea very good and useful for the game.

He gave a idea about other good weapon, this is not a way to start a beef with him only for saying his opinion. I find this idea very good and useful for the game.

maybe we could lower the damage

He doesn’t dislike it because of the damage,but rather because of its ability to remove projectiles.

im not sayin its going to fry the eggs