Many players spend a lot of keys to look for the best equipment possible, only to be disappointed by the lack of and in many cases absence of increase in performance.
I happen to be one of them. I expected the legendary BX-9 to have greater speed and a smaller hitbox that the ordinary ones but in my experience there is very little difference when playing with both of the ships, its still extremely sluggish and the hitbox is still very large.

Other ships and items are barely better with rather superficial improvements but I’m torn on whether improving them significantly at the cost of the balance or slight improvements which might go unnoticed.

Unfortunately since I’m a noob, my ideas in game balancing might make the game too easy, so I’ll leave it up to other members of the forum to suggest ideas to buff these items because finding them takes too much resources for what they’re worth.

Surely the way BX-9 and the other bomber spaceships work is problematic and many people, if not everyone, agree that they need to be improved. Jets are only a temporary solution, and they cost a fortune. Imagine failing a mission on the second wave (because you had only one extra life) and losing 10 jets because of that. Tons of keys were wasted.

I don’t think a lot should be done to fix the bombers - either remove the speed handicap or make jets cheaper, maybe add an equipment bonus for playing with them because they have large hitboxes.

I also believe that the Muller M408 Cusiner also needs a buff. It might have two frontal satellite slots instead of two slots on each side. 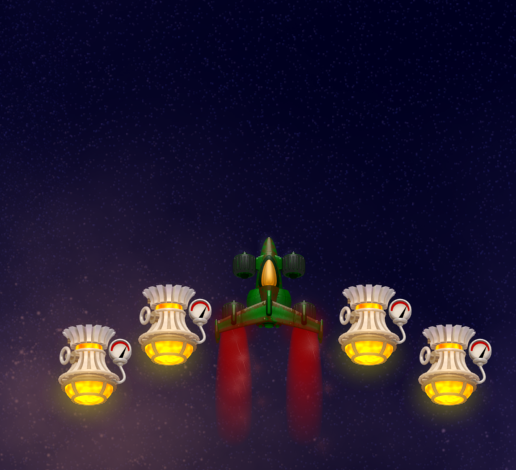 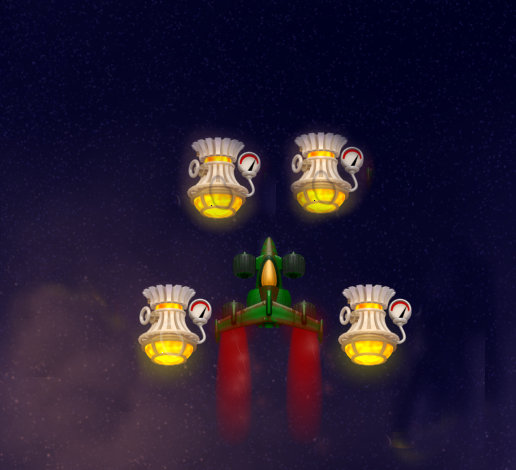 (Please forgive me for my photoshopping skills)

If that’s too op then we could increase its attack power by 15%. If you still don’t like my suggestions then you can make your own ways to buff the M-408.

It was previously disagreed by the forum as well. At least it’s not unanimously agreed.

Should the speed limit of the Bomber series be removed or not? Early Access

I already have a suggestion in mind regarding the question below… but before that, I would like see your answers. Should the speed limit of the Bomber series be removed or not? poll Regardless of the results, I will give my suggestion later on (whether as a new topic or a continuation on this one).

The speed handicap itself just needs to be changed because it’s too awful now.
It doesn’t need to be removed. Although it needs another indirect buff, but I’ll get to that later in a post I’m planning to make.

Although it needs another indirect buff

And what would that be?

You guys, I said it’s only one of the options

. I also suggested that we lower the price of maneuvering jets.

I know,I was just saying!

And what would that be?

Well,it applies to dailies. You see,the fact that the bomber has max power at a later power level makes it even worse. The max power bonus gives a lot of points, so it’s very important for all challenges(except for space race) and it means that you’ll have a much harder time with a bomber. Either more RNG or more farming on individual waves.
If you have the most expensive bomber,you have to get near-perfect RNG! You can only start with 8 firepower, and there are 20 waves in dailies(weekly isn’t an issue here). That translates to 1 power-up in 18 out of 20 waves. And you can count the boss waves out because you won’t even get something that drops firepower every time.
Pretty much the only time you’ll get max power with this thing is if you get a boss like the Apple Core. And that is if you don’t die! If you die even once,you can say goodbye to max power for nearly every case. And trust me, these points really make a difference on the leaderboards.
So really, I think this bonus just needs to be removed completely from daily challenges. Not the power level itself, just the bonus points.
It can stay in other missions, though.