Now with the Egg Cannon Cannon Cannonade,and Chicken Exponentiality,I think that there is an actual scope for these “weird” bosses apart from just standing out.

Now,with the Easter and Thanksgiving Editions of CI3 and CI4 respectively, we get to view alternate dimensions where it’s other animals slaughtered for food attacking Earth.

You can find these things somewhere near some systems that are comparatively “weird”,than your normal gameplay.Now this could include things like:

Hello. So I was wondering about planetary missions again and thought about if it would be possible to have a mission where you can fly in every environment available in the game (). So here we go. I present to you chaos planet variant A: [chaos_planet] It wasn’t very good so I spent more time on second version. And here’s the result: [chaos_planet_bettermix] Few words of explanation: It is a rare planet that will have missions that use every planetary environment available in the CIU. So ri…

(Credit to @kokokokos for that)

And stuff like turkeys or bunnies or ducks can appear randomly while playing missions in systems around the rift.Oh,and the Egg cannon Cannon Cannon and Expomentiality,so that if you happen to encounter those,you know that you’re near a rift.

Dimensional rifts can only be viewed when you’re in a constellation that houses the rift.

Travelling through rifts,you can travel to a parallel dimension with a different starfield and attack by other species of persecuted farm animals.

So,one major sticking point for me in CIU is that while the gameplay is amazing,it is incredibly easy to get bored.Theres no uncertainty outside of missions,no variability,etc.,etc. So,here are my ideas for greatly improving the gameplay outside of missions.I’m not saying that the in game weapons don’t need to be balanced,I’m saying,the outside of mission gameplay needs massive work.Because there’s a huge galaxy out there,and its theoretically possible to make huge progress in game while sittin…

Now,in that topic,I suggested that the Galactic Market be removed and everything be moved to Shops.

I suggest moving “better” equipment,like Bombers,and Absolver Beam to be available for purchase to other dimensions exclusively for sale.They also could have unique dimensional currency (hammers?screwdrivers?) so that you still have to make an effort to get them.There could be exchange centers to change your keys for…hammers?

Can’t whormholes kinda do do that?
Right now the Hero can travel in the past (lost in space and time), way not add “otherworld” mission types?

This will also:
Be easier to code
1)Justify insanetly hard bosses (endgame content)
2)Every joke/unfitting idea may have its place (Example:Turkey only mission)
3)Add more endgame variety

Whormole infos may be replaced with something like this:
No data avaiable.
It may be used as a gateway.
When or where is unknown…

Travelling through rifts,you can travel to a parallel dimension

This was asked long time ago.
The answer was something like “too much work needed for it, is not worth it” 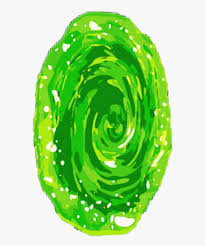