The appearance is still the same from the old Hen Frost idea. Definitely not because I’m not skilled enough to draw artworks for these. Changes made are that these wings serve as it’s pseudo-health points, deal 25% max hp damage and it’ll lose a pair of wings. It’ll drop a power-up as well. 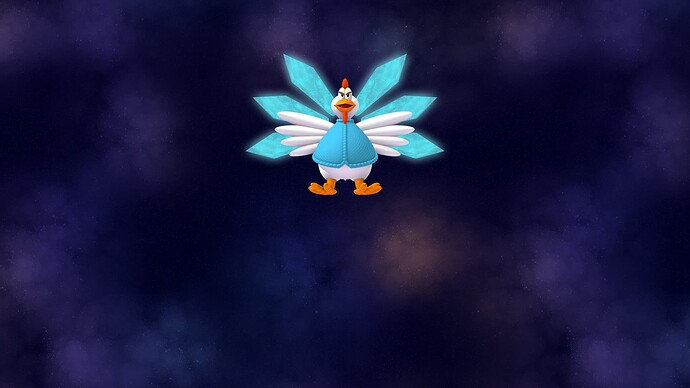 Hen Frost will continuously spawn ice crystals from the upper side of the screen moving like snowflakes as it falls down. 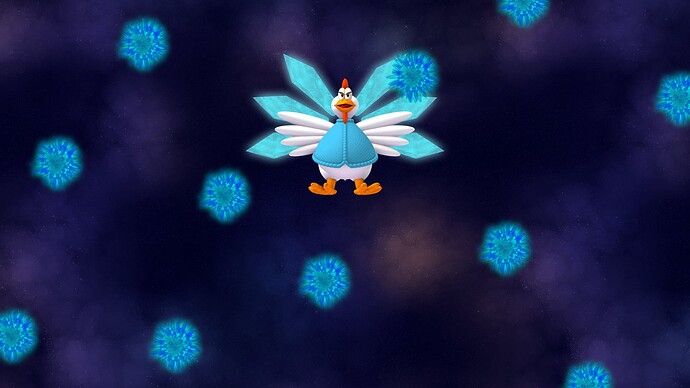 ice boss 21920×1080 95.5 KB
These ice crystals behave like Dr Beaker’s papers but requires less hit to destroy them. Upon destroying it, it’ll release an AOE that prevents your spaceship from generating heat, just like Chillers when killed. You’ll definitely need a lot of spamming later on. 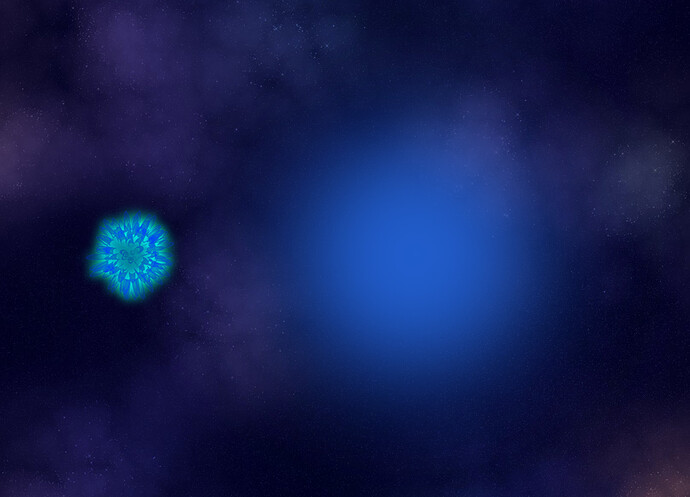 After a while, Hen Frost will release an aura that will freeze all the ice crystals that are currently on the screen. They have a white color to distinguish itself from the falling crystals (has larger glow for color-blind players). These crystals now requires more hits to be destroyed, it’s still frozen in its current position while you’re hitting them. 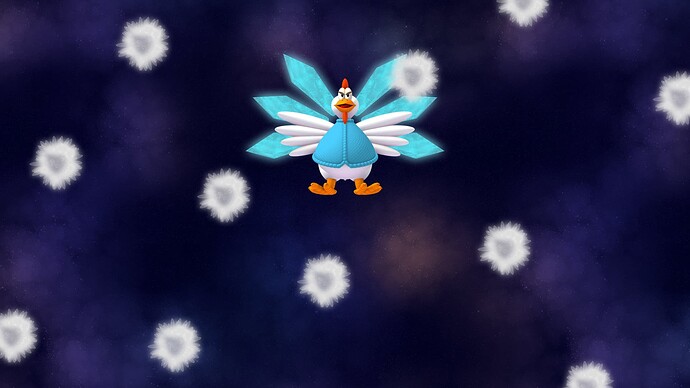 ice boss 31920×1080 81.9 KB
New ice crystals still still continue to fall down while the others are still frozen in place. 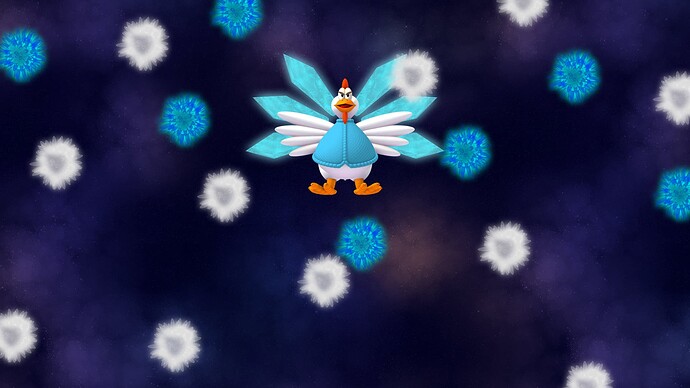 After 9 seconds, Hen Frost will release another aura making any of the remaining white crystals explode one by one. 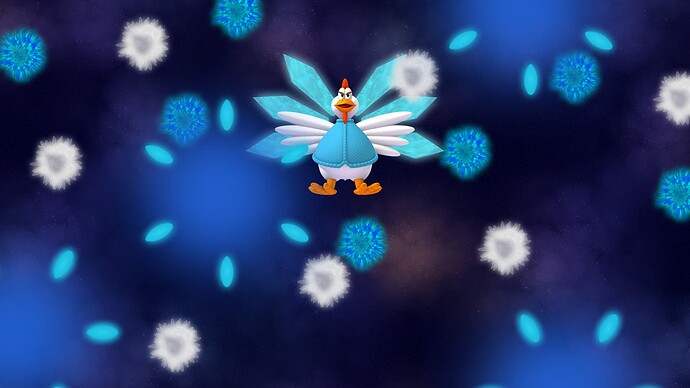 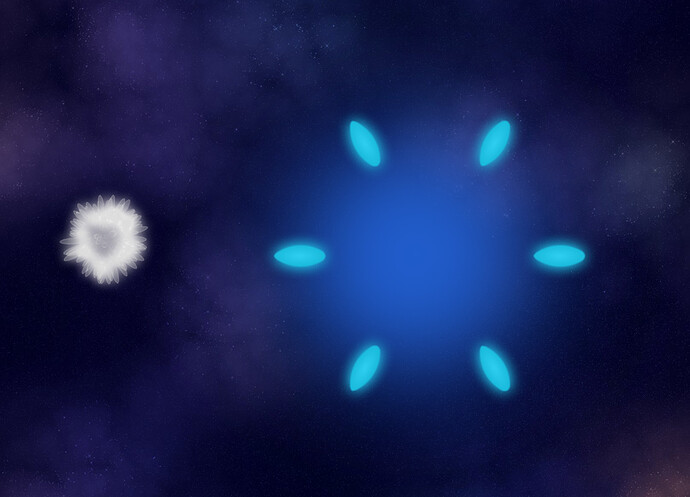 Hen Frost will summon 9 ice columns from the top of the screen falling one by one each second (adapting the Icicle Drop wave from this thread). These columns can be destroyed as well. 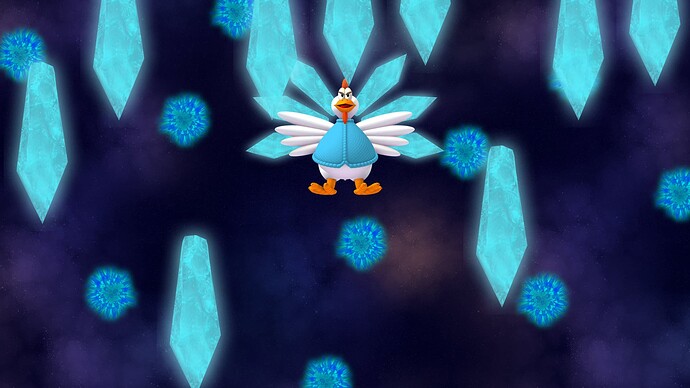 During at the middle phase of both Attack 2 and Attack 4, Hen Frost will try to distract you by shooting ice asteroids directly at your current ship’s position. The asteroids have a fixed HP (and will still kill you when hit) but the number of asteroid shots depends on difficulty (min. 2, max. 6) 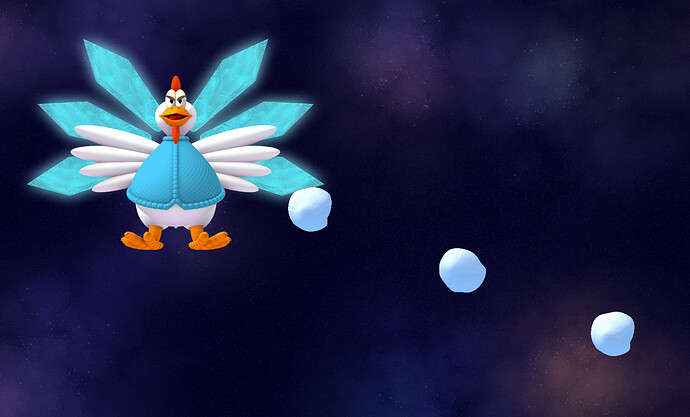 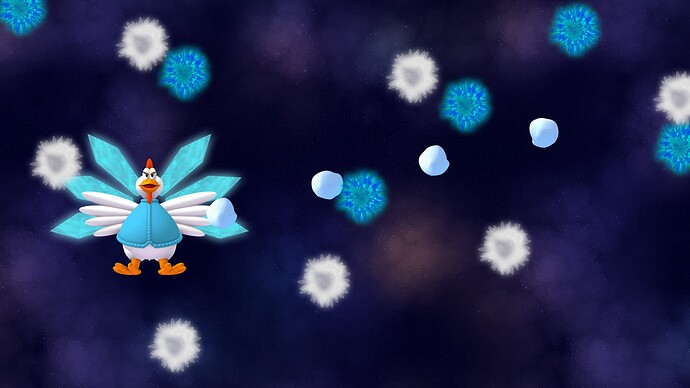 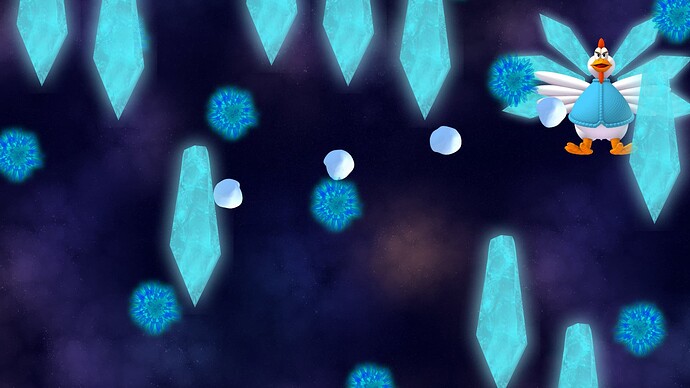 This is supposed to be a joke boss, as this is meant to be a parody of a certain character. But I realized that there should be a boss matching Frozen missions, although this should not be exclusive on that mission type. [Chickno1] Attack 1: Snowflake Drop Similar to one of The Heart of Darkness’ attacks. It drops 4 snowflakes downwards with a curvy pattern, just like how snowflakes fall. Number of snowflakes dropped by this enemy depends on difficulty with 2 on Tourist. Sprite should be ad…

It would be better if the big chicken was big chiller chicken or the heart from CI5 but it’s blue color because the attacks are same of the heart anyway nice idea!

That would be too similar to the “It Gets Cold in Space” Boss.

Had to use sprites from the Heart of Darkness, but it’s definitely have different attacks.

Nice idea but for some reason I think the first 2 attacks is gonna be a bit exploitable due to how they give the player longer time to overheat.

the first 2 attacks leaves clouds that does not generate any heat. so obviously the player will go to it to kill the boss faster because there is no heat generated. I may be wrong though.

Most of your firing would be spent on clearing those snow crystal and ice columns out of your way.

Let’s just say that in the second attack the balls get frozen in their places. Which actually is why I think it would be exploitable to use the Ice clouds without getting annoyed by anything.

It’s not like the boss would be on a fixed position all the time (sry the images made you think so)—the player will still need to move out of that AOE to aim for that boss.

I’ll be adding new attacks if you insist so. Okay done.

Pretty neat idea, the design reminds me a bit of cirno from the touhou franchise.
Since iA is already adding elemental-type chickens as of late, this one could fit.

It’s not like the boss would be on a fixed position all the time (sry the images made you think so)—the player will still need to move out of that AOE to aim for that boss.

Well it wasn’t mentioned that the boss will stay stable but eh it’s fine.