A lot of improvements to multiplayer! It’s still not quite done yet, but the overall experience should be much smoother now.

There’s now a new mission outcome called “PARTIAL”. You get this outcome if you’ve only played part of a multiplayer mission (either because you joined late, left prematurely, or got disconnected). If you play on as a zombie after losing your lives, the outcome is always DEFEAT.

The Photon Swarm’s bandwidth usage has also been fixed, so supporting 20+ players on a single game should be possible now

The way mission outcome is calculated has changed in this version (due to multiplayer), so please report any weirdness.

When I go to “Mission Config” in Multiplayer room, then go back I find it empty: 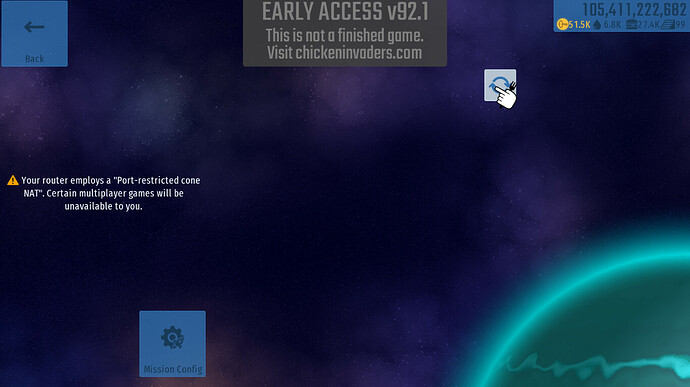 I need to refresh it to be able to work.

Also why this word is small? And how can I know mission type? 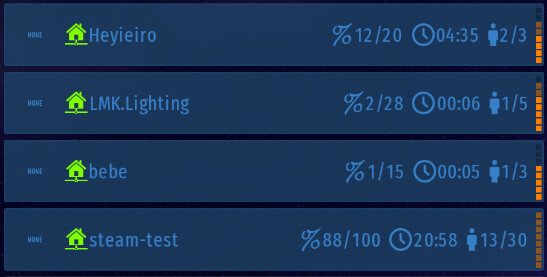 Can there be a shortcut in the keyboard to

Perishables now perish for host and all participants in multiplayer missions.

Could you make the items count and perish for the joining player starting form their 2nd wave? Because what if there’s a bad connection or they didn’t like the mission and left on their 1st wave after joining? That way they won’t waste their valuable items in a couple of secs.

Actually, can you make them a special icons? Such as a calendar icon or eggs, or atleast instead of “none” there could be like “weekly” “daily” “anniversary” 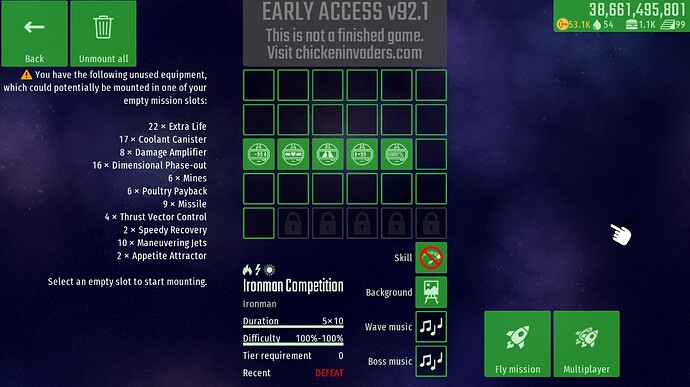 lolol1366×768 277 KB
So I got disconnected and discovered I can fly Ironman Competition by clicking on the fly again from the result screen despite not having CHL. I won’t be disqualified by flying lonely. Ironman Competition is still available for me via joining to a multiplayer game.

EDIT: Isn’t the “Kick User” icon a bit violence? Would you replace it with another image or something like this?

Protip: Mount HUD’s and satellites only to not lose anything.

You don’t even have a license.

despite not having CHL

I am trying to play multiplayer with someone in the same house, but when clicking on the game in multiplayer it’s stuck on Estabilishing Route and can’t connect. Both of us have full network connectivity: 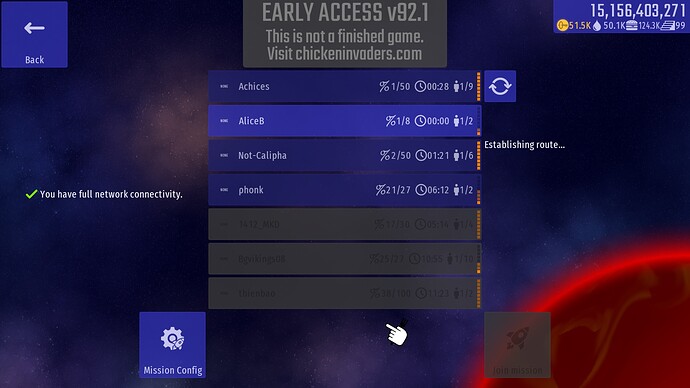 iA, what is this text placement? 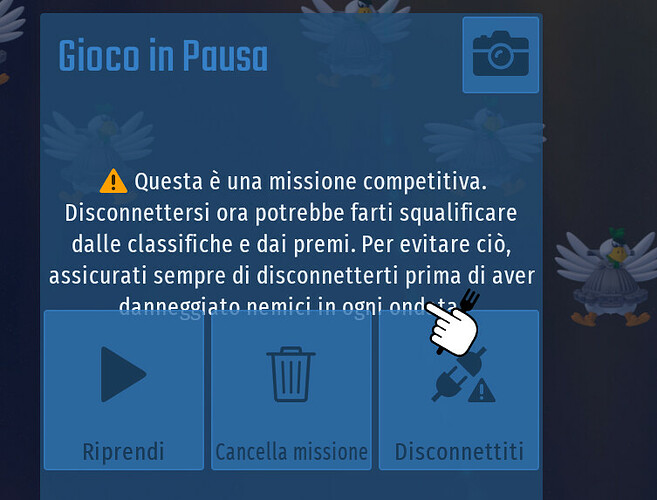 The game just crashed for literally changing nothing in the “Network” option in a singleplayer mission. 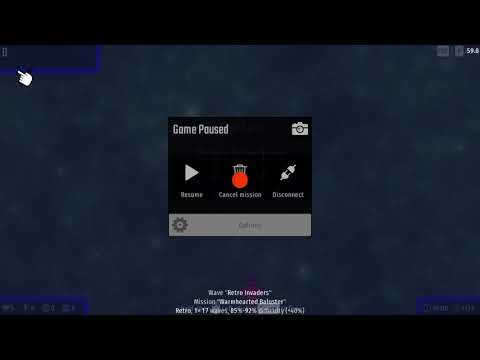 UPD 2: This crash actually happens with all the options. 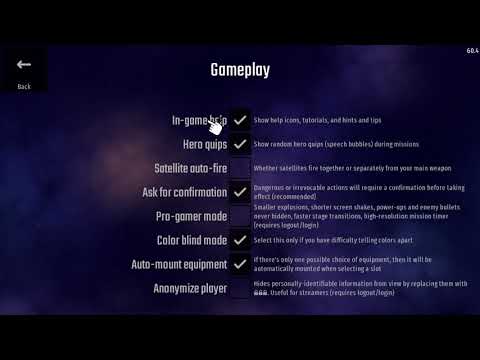 The error message can’t be seen in the video but it says the same has the other one.

i realized the mission icon is showed NONE 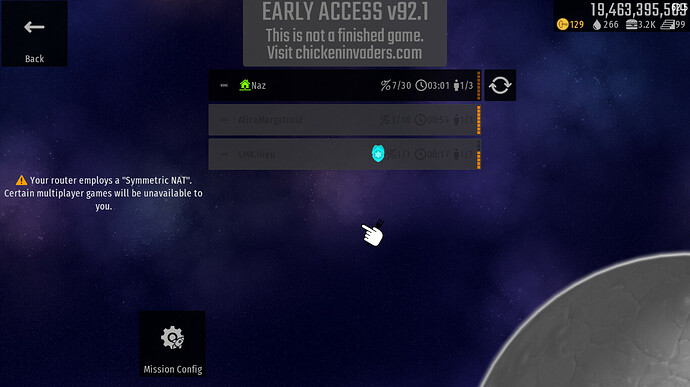 i realized the mission icon is showed NONE

[…]And how can I know mission type?

On chatting part, I can’t press ESC when I want to cancel the chat message.
When I press ESC, it say you have to hold to leave the room.

Also this is weird 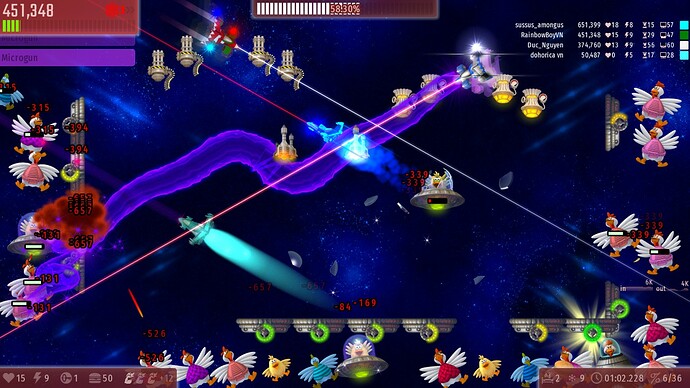 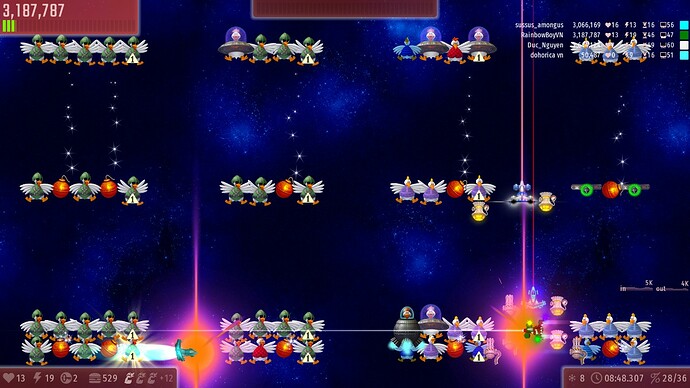 Can the kick button in multiplayer add a message when there is no players for kick like this:
“There are no players in your room for kick”

can you disable those options for guests, because i think it’s exploitable 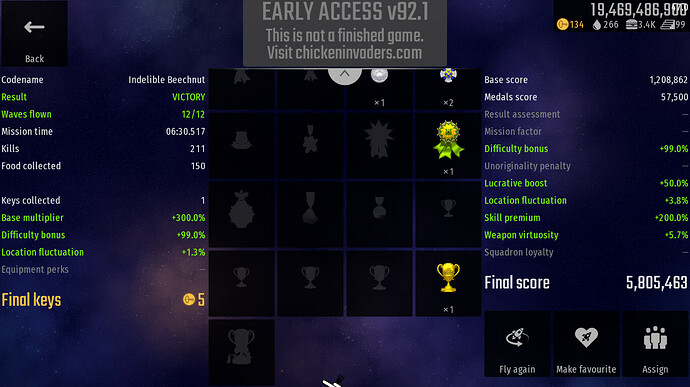 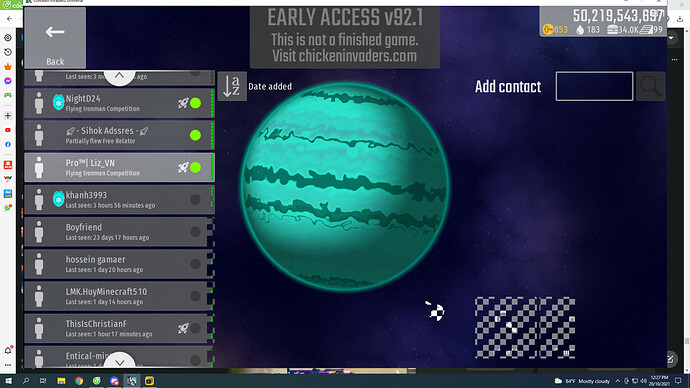 I join an ironman lobby, but then I got timed out. At the results, I tap “Fly again” and it takes me to the ironman preparation screen, and then I can play ironman in singleplayer.