IA can you check it? I am more concerned with the first idea.

Idea 1. On the life bar of U.C.O. 25% of the glass has broken, 50% later and 75% will be damaged. Something like other UFO ships. Idea 2. It would be nice after defeating that the green chicken that sits there personally confronts the hero. It would survive the explosion of U.C.O. and he could attack eggs and summon other UFO ships.

Even a power 1 Ion could easily cheese it. It needs a serious health buff.

And probably a new attack. (The current patterns are repetitive and nothing special.)

“Twice Infinity” & “Brothers Reunited” now become enraged when their sibling dies. So should this be in the 2 infinichicks in Chicken Multiplicity and to the Chicken Exponentiality brothers too? Or it’ll be too difficult?

Chicken Expo is already cancer (unless you have plasma of course) so no, please.

On the other hand, brothers is only the 2nd phase. If you kill them smart way, you won’t notice the difference.

It seems this needs to be done, but I’m uncertain for which bosses and by how much. Can players who normally play around 100% difficulty give their opinion on this?

Well, I figure I’ll also comment on, and suggest changes for bosses while I’m at it. The Health Buff question will be answered in Bold.

I think some bosses die way too quickly. Yolk star and Hend Game are okay, Egg Cannon is too easy, and needs a bit of a buff in health.

CI3 bosses are hard enough, but I feel that the UCOs and Blast from the Past need a health buff.

CI4 bosses are usually quite easy. (I’m looking at you, Superchick and Space Crabs)
Planetary Egg City needs a health buff. It dies too fast.
A Twice Infinity twin usually can’t even survive long enough to have a duo fighting you together.
Their patterns are usually quite simple too.

CI5 Bosses are usually quite meh.
Henterprise itself is quite the “uuuuuugh” for players who know how long it takes to beat it.
Special Forces is quite okay, but it would be good to give him his “broken pattern” when Chicken Exponentiality was first added.
Special Needs needs a more interesting pattern, but otherwise he’s fine.
Henperor’s Apprentice is fine, and Space Crab 2.0 needs a hard pattern.
Brothers Reunited? Now they definitely need some buffs. Enraging has been suggested, so that’s one buff out of the way. I think the brothers really do need the said changes that I mentioned here: Enraged phases for Twice Infinity, show them who’s the boss and Brothers Reunited

Henlley’s comet and Magnetic Manipulator is fine, Feather Brain needs more health, Bossa Nova is straight up annoying, Egg Cannonade needs a pattern that actually changes, and Chicken Exponentiality should use the said changes for the Brothers.

To answer the Health Buff question, I think scaling their health to be an even match to the reworked weapons would be good. Perhaps give them all a 30-50% health buff if you want the lazy way out. (Egg cannon needs the buff too, because it dies rather fast in comparison to Yolk and Henterprise. Plus, it’s supposed to be GINORMOUS. It needs the tanky health to imply it’s massive size in comparison to the other 2 final bosses.)

Yolk Star, Henterprise and Bossa Nova DO NOT need a health buff. Exponentiality and Multiplicity should get a 25% health buff.

You guys might think the health buff might be overkill, but remember that the boss healths were all Adjusted to the “legacy” version of weapons. Not the reworked ones + overdrive. Your weapons can now kill them nearly 3 times faster with how much damage they do now. Therefore, I strongly believe the health buff IS mandatory. At least the player will get to see more of their patterns and not kill them in a mere 15 seconds and leave.

(You might also think the said changes for the brothers and twins are going to make them too hard or impossible, but keep in mind that they have a zoom to allow for better dodging. In such situations, a harder attack pattern is needed to put the zoom’s maneuverability to maximum use. In this case, use their enrage ability in Multiplicity and Exponentiality if you want to make use of their zoom.)

What are your thoughts on this? Should iA make these changes? The poll will close in a week.
State your reason for your choice if you want, but please make it a reply to this post so you’re not confusing others.

Sorry for Wall of Text

Egg cannon needs the buff too, because it dies rather fast in comparison to Yolk and Henterprise.

Strange thing that it always took less time for me to defeat Henterprise. At least it’s more, idk, different? With Egg Cannon you just stay in one zone and avoid bad things. Henterprise forces you to move around.
And health boost won’t actually help Yolk-Star™ as it does nothing but pew lasers most of time.

If Egg Cannon is really so cheesable, then it does indeed require the health buff.
I already specified to not health buff Henterprise, Yolk Star and Bossa Nova.

Corn Shotgun’s firing sprite seems lower than it ought to be: 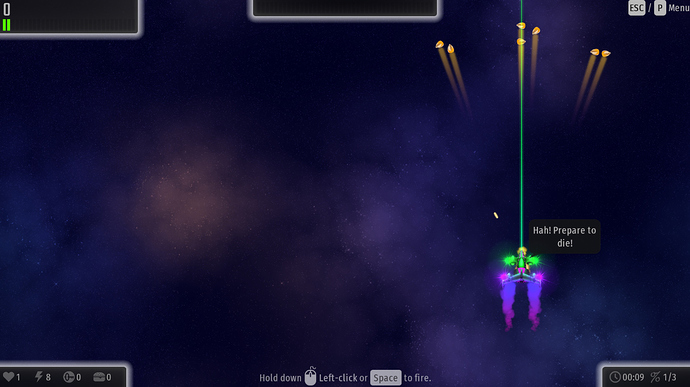 In this image, we see that the key medal is placed on another medal. 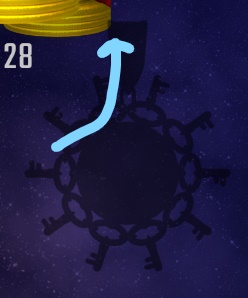 In the image below, we see that there is enough empty space under the medals to move 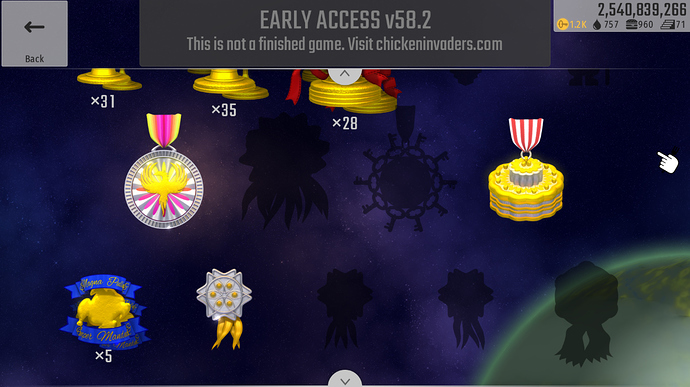 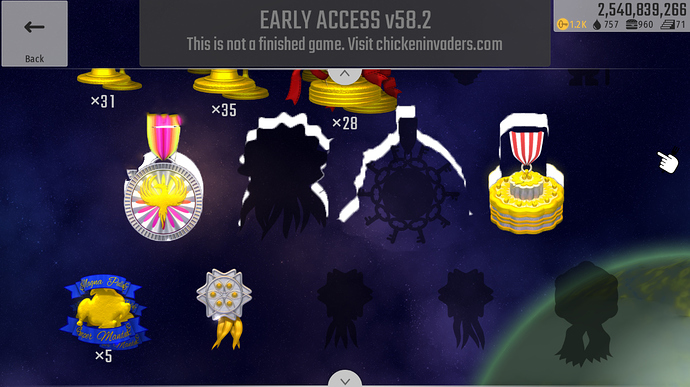 I have already started my opinion several months ago.

Long story in short: Bosses should get more attacks as the difficulty increase (in addition to hpbuffs)

Corn Shotgun’s firing sprite seems lower than it ought to be:

(This is in an unmodded backup of the game)

I’m sorry, I just can’t wait for v50, but here are my suggestion… for UI. [custom0] Weapons will be customizable per item owned, similar to laser scope and ghost trail. A customizable icon will be added on weapons to indicate such feature. [custom1] You’ll need to equip a weapon in your current ship for you to be able to customize it. Impractical if you own too many weapons unless you have ships as many as such. [custom2] In this preview, your ship fires your weapon on an automatic r…

Everyone now remember it since iA opened it again.

hey @InterAction_studios now that the Holloween is coming…is there planed some stuff from the halloween version??..

That would be cool

Slowdowns occur in the borderless and fullscreen modes

@InterAction_studios could asteroids at “Asteroids…, no, really” wave drop coins?

I also noticed that when using a legendary H&C with Vulcanic Chaingun at Comet Chase missions its hitbox is so small that a comet can’t even hit you from the back while firing. So is this intended?