There is a game-breaking bug in v55.1 in which keys, food, and other items do not drop from enemies. Make sure you download the v55.2 patch from here: ⬇ Download Early Access

Although it’s been a long while since v.54, this release is not focused on new features, or even bug fixes. Rather, this version serves as a testing bed for several significant technical changes under the hood:

There is significant probability of something going horribly wrong. In fact, I’d be very surprised if I don’t have to release an emergency patch within the first hour

You could temporarily delete your existing configuration files to create a new profile. But only do this if you know what you’re doing, I won’t restore profiles lost this way.

In due course, I’ll figure out a way to make the tutorial mission always available.

I just store my data in another folder and load it back up later.

For those of you who want to do the same: Save your current CIU folder in the ProgramData/interAction studios directory somewhere, and then delete the CIU folder in the directory. Load the game up, and you’ll be running a brand new account.

If you want to load your backed up save before you deleted the CIU folder, just copy your main “CIU” folder (assuming you followed what I said above, and saved it somewhere), and replace the one in the directory.

First look of the tutorial menu: much better than before.

Maybe there was also a trailing droid that you needed to kill before the food was released?

Why there’s no fullscreen option anymore?

image753×96 23.8 KB
Also some bosses don’t play music, like the Iron Chef and The Henperor’s Appretience and It’s Party Time! and Close Encounters and Show 'em Who’s boss and Planetary Egg City And It Gets Cold In Space and Henlley’s Comet and Bossa Nova from what I’ve seen so far. I’ll edit this more to see if it happens on more bosses or not.
Alucard September 12, 2020, 6:51pm #12

It seems to affect all droid missions.

I suggest using the “Pulsating Grid” wave for the 4th wave of “Your First Mission”. Soft in the middle is not exactly a good example of a time to use a missile.

I’m looking into the “stuff not dropping” issue.

Also, taking the server down for 10 minutes for a backup.

Medal glints are there: Check. 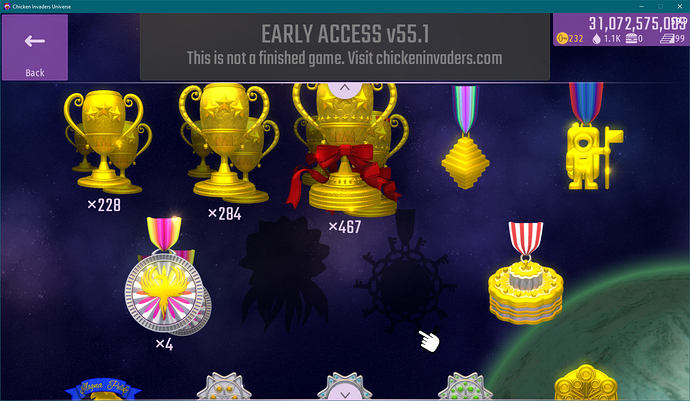 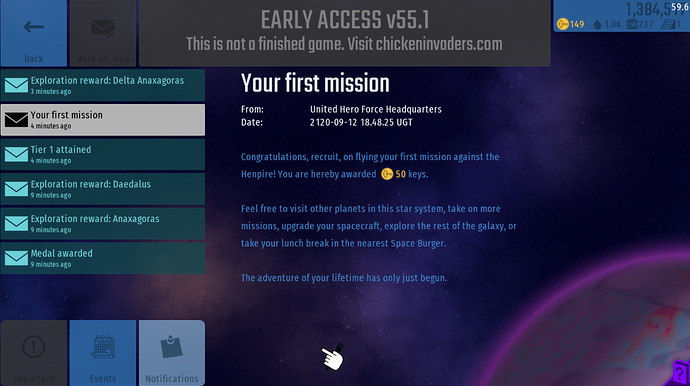 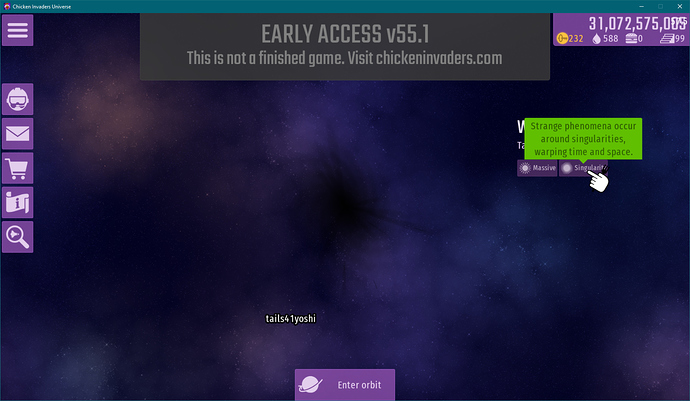 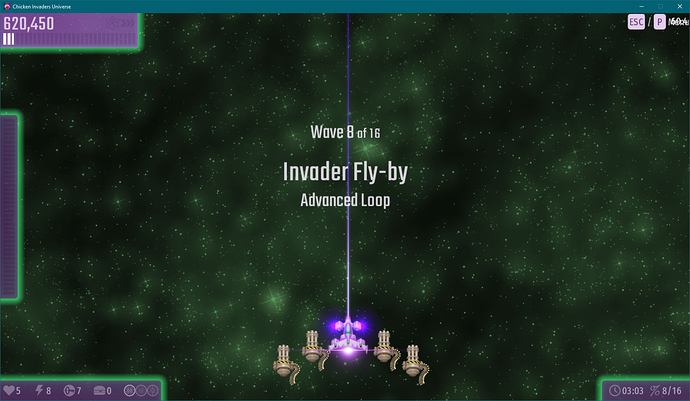 Wait, since when were these aliens weak to Fire? 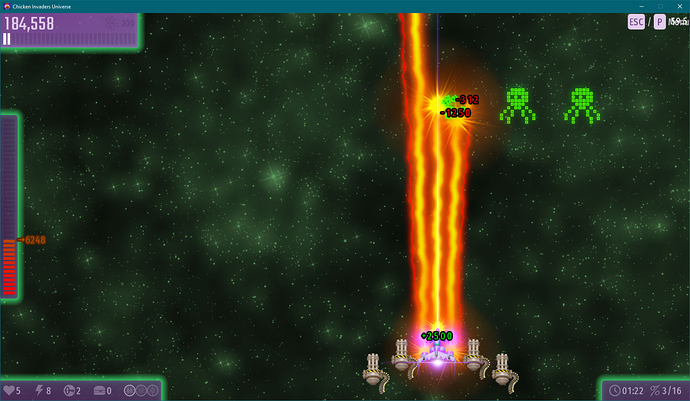 EDIT: Nevermind. I realized I was using Tourist skill.

Controlling the hatchling is really unconfortable, wasn’t the new precision movement for bombers only?

No. It’s mainly for keyboard users. Precision movement key does not work for mouse movement.

There is a game-breaking bug in v55.1 in which keys, food, and other items do not drop from enemies. Make sure you download the v55.2 patch from here: ⬇ Download Early Access