Also after the portal spawn chickens there is a hole in the middle. Is this a bug or something?)

Why do you reply me? honestly, you shouldn’t do that.

Out of Nowhere: My idea!

But I just reported it with ucos

With UCOs and Yolk Star, it’s fine. but with barriers, it’s not fine. we don’t want 2 life bars.

The amplified sound effect of some weapons, specifically the automatic ones like Plasma Rifle and Lightning Fryer stay even if the Damage Amplifier effect has already expired and the player didn’t release the fire button yet. The sound effect only changes to normal whenever a new enemy was hit or the player stopped firing.

Probably suggesting changes on the From Base to Base wave as well. It has the similar issue with Chicken Vending Machine (pre-rework) in which to get the most points, the player has to destroy all barriers, even on the unreachable edges. Suggested changes will be:

PS. I haven’t seen yet all of the new games in-game. 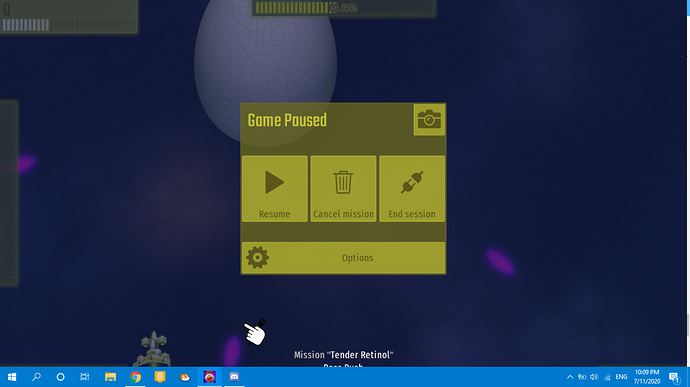 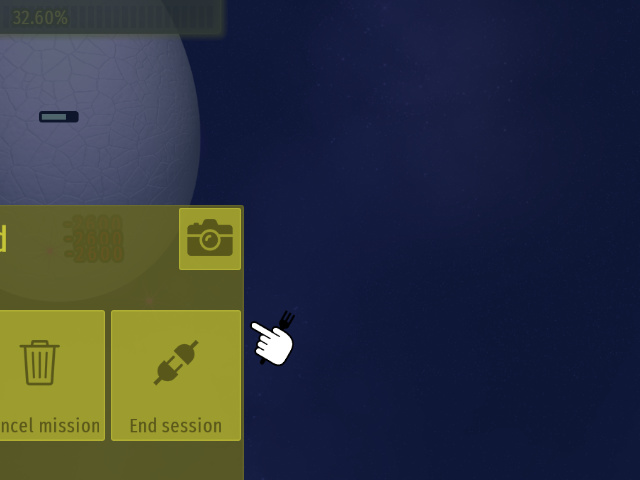 The new waves are very intresting
@InterAction_studios it is possible to add in the boss ( A blast from the past ) each time it cracked give a firepower or a gift just like CI2?

It was suggested. If I can interfere, in a few days I will give some idea related to Mother-Hen Ship CI2.

So IA can remake the CI2 Mother-Hen Ship with some chickenauts when it’s damaged ?

Pretty sure that putting the CI2 mother hen ship will better than the CI3 one , it will be harder

Yeah, we just have to wait for it to be added soon™️

So, i found the “Berserkers” Wave, i wanted other thing, but fine 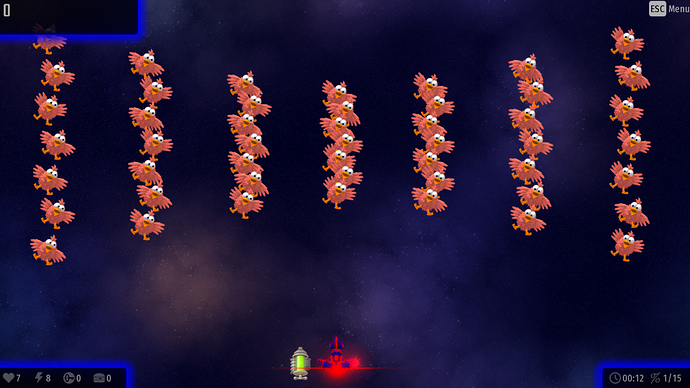 But as we remember when we keep destroying it , it calls for chickens to surrounds it to protect it from you , i hope they put an anomly option to it

Some feedback on the Fortress wave.
I noticed that the barriers are oriented in such a way that they cover a significant portion of the safe zone. They extend quite a bit past the fences themselves, and it’s really easy to bump into one, especially in a bomber.
This is as good an image as I could put together: 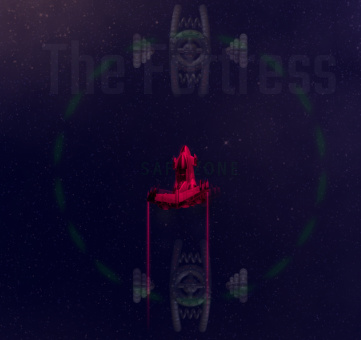 So I’d suggest rotating them 90° so that they sit in line with the fences, and offsetting them a bit so that they don’t cover up the gatlings.

You are already in the center so you are really safe

Speaking of the fortress… is it actually possible to beat without superweapons? I can’t figure how to not be cornered

Normal weapons Can take them out easily so , he just asking about the two bariers that entered the safe zone

I don’t really have any problems with dodging fire from the gatlings. The only times I died so far were to the barriers.
Gatlingless screenshot, so I’ll use circles to demonstrate. 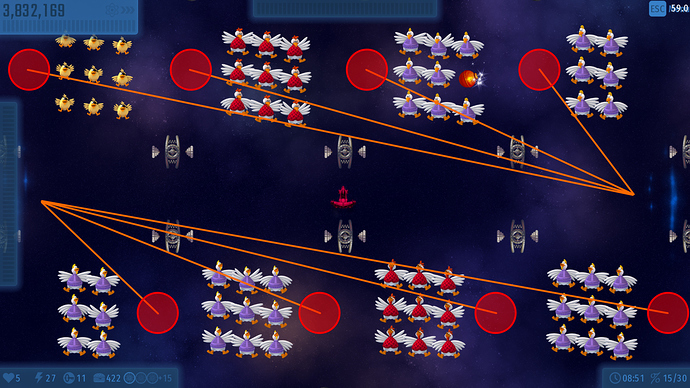 There are several ways to manipulate the gatlings to fire in a more favourable pattern, and this is one of them. By sitting at the edges you force them to fire at a shallower angle, giving you more space to move around. 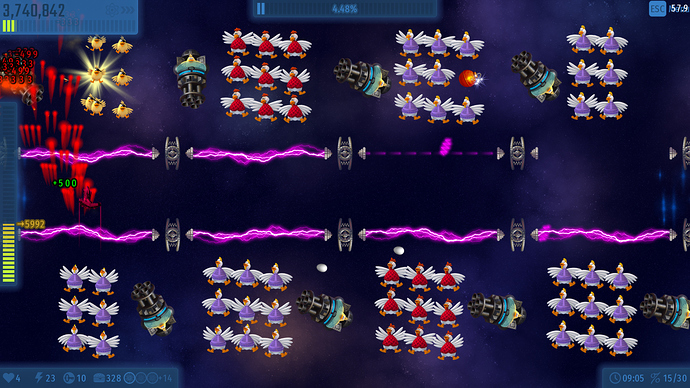 You either want them to do that, or to fire more or less forward and dodge to the side, moving towards the next one (or the anomaly).
Of course that only covers the gatlings, the other enemies might be an issue all on their own.