A lot of weapon reworks (well, all of them except Absolver).

There’s a new button grouping in your profile labelled “Hall of Fame”. Here you can view the “Top Pilots” table, which is the top-100 pilots in terms of score/waves/time over the past 4 weeks. More changes coming here soon.

Also, there have been changes to the way Key Rush missions work. In order to collect some fresh statistics, all Key Rush history has been reset. This means you can play them again.

Finally, and as always, a lot of bug fixes.

Oh yes, The update which almost finishes the WBP. This is so exciting!

This is one or the biggest update for CIU

i downloaded v48 but the game not want to log in

The server is down my boy. Wait.

Server down for 5 minutes more. Done.

Okay, so with this one we get most of the WBP program completed, so the next EA version will obviously be full of tweaks and bugfixes for that, but then what? What’s left to work on?

one thing you forgot, the dmg, the strongest one still deals 400 dmg

Sorry, I keep forgetting to transfer the values from the Excel to the code. 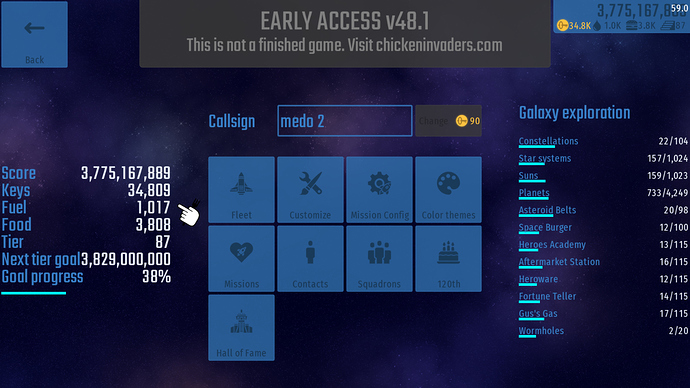 They’re based on your rankings high color. 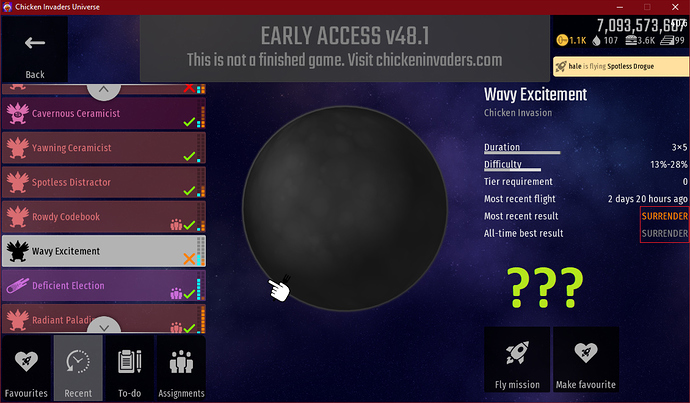 According to what I could find the Riddler fires many more projectiles than before (I find myself too deformed), the Boron Railgun is red (or maybe I co-founded since I picked up a yellow gift), the other weapons feel the same, the gift of the Vulcan Chaingun I feel that it looks pretty weird, if you change it to a less dark color it will look better, I like the gift of Riddler too much and the others are fine. Despite the fact that I try to heat the Corn Shotgun, I do not drop popcorn (maybe I do not know how to do it), about the description of the weapons in the stores, some of the Corn Shotgun should be updated to say that it drops popcorn. Good update to tell the truth

Corn Shotgun should be updated to say that it drops popcorn

I think this is beﬅ left as an eaﬅer egg.

Is it just me, or is the firing effect for the corn shotgun is placed incorrectly this time? Here’s the screenshot (from this version): 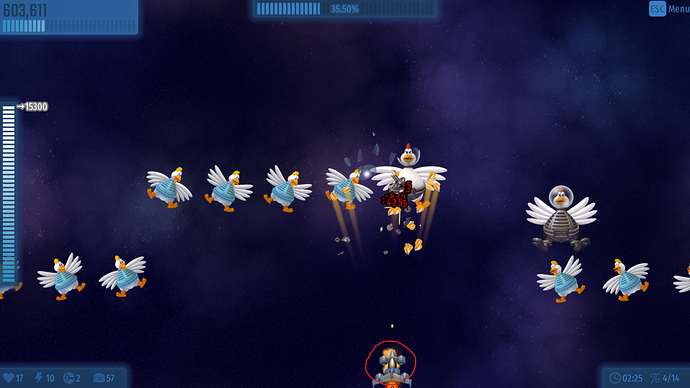 The ICBM description is still outdated. It still says bullets travel very slowly. This is false now since they accelerate in v47. 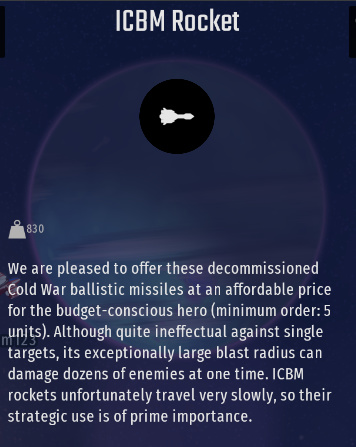