Again, a lot of small improvements in this update. The obvious thing is the change in the Lightning Fryer weapon, which can now chain between targets, giving it almost +100% damage under certain circumstances. Although inspired by @1galbatorix1’s Weapons Balance Program, note that this is just a preliminary change, and the final balancing has yet to happen. No other Lightning Fryer stats have changed. I just thought it would be easier to gauge the impact of chaining as stand-alone, rather than mixing it in with other changes.

I think you’ll benefit from bEnableDelayedLoad=No Also, your disk usage is pinned at 100%. This is very suspicious and will slow your system down a lot. Is it always like this? Select “Open Resource Monitor” at the bottom. Select the “disk” tab and see if you can identify why your disk is being used so much (sort by “Total B/sec”) Starting with v.35, bEnableDelayedLoad is replaced with a new “load mode” that has 3 settings: Immediate: Everything loads at start-up (same as bEnableDelayedLoad=…

How does “Class” option work? I don’t really see any pattern here 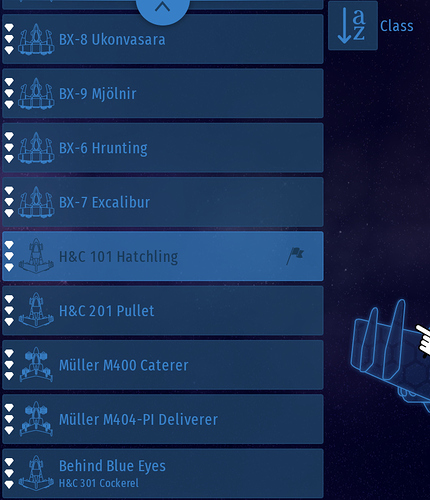 Maybe it’s worth adding it to options so you don’t need to manually change the files?

Also what’s with the insane upgrade price for Absolver Beam?

How does “Class” option work

Also what’s with the insane upgrade price for Absolver Beam

I was afraid it would be too powerful to start off at 8. Incidentally, all upgrade prices are way too low for something that you get and keep forever. They’ll be increased in some future update.

How the lightning fryer’s new chain mechanic actually works? It seems that it works only if the targets are really near and you don’t fire manually.
And it doesn’t always work (especially in zoomed-out waves)

@InterAction_studios Instead of the wave insight displaying “Shoot the Core!”, it’s a blank. 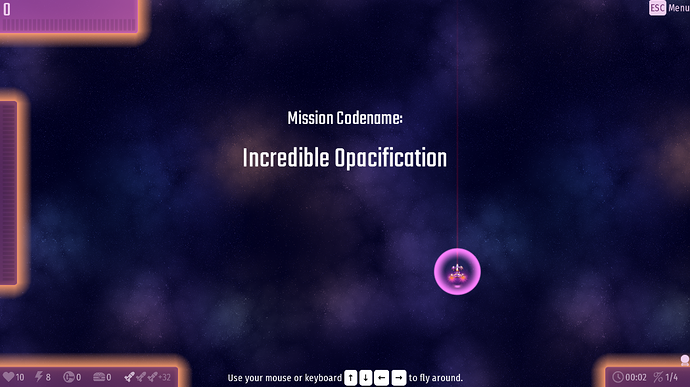 I like how the settings keep resetting every single time, including enabling Satellite Auto-Fire by default, which really pisses me off…so try as much as possible to make it so the settings set up in the previous version don’t get reset.

Also, I’ve discovered that the Apple Core is far too weak against the Absolver Beam and I was thinking of either making it its strength or increase its health.

Because the apple core has a lot less health compared to other bosses. And I think it’s fair, considering it has a lot of scenarios it’s not good for, too

Instead of the wave insight displaying “Shoot the Core!”, it’s a blank

It’s too early in the mission for the insight work. Wait until the first wave starts.

this will be cool if it showed the first wave, but nevermind, i skipped it. 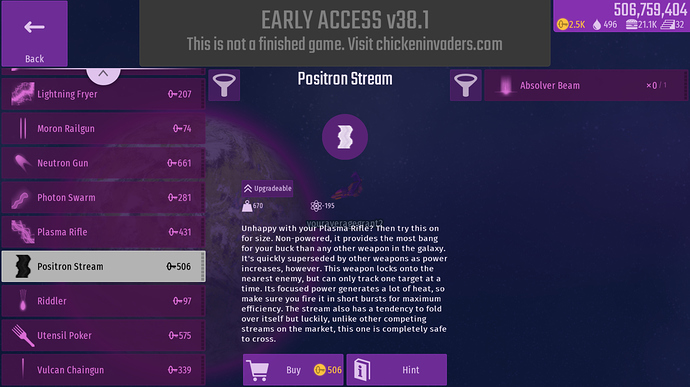