You can now select multiple cuisines/backgrounds/music at the Mission Config screen. If you select more than one, then it will be selected randomly per-stage (cuisines take effect per-enemy). To support this change, mission configs and all config presets have been reset.

Also, you can now view past outcomes for a flown mission, and compare your previous to your latest outcome. This is typically best accessed through the “Recent Missions” list (which now shows all recent missions except Squadron Assignments). Note that missions flown so far do not have outcomes – only missions that you fly from now on will.

Finally, new Galactic Stop equipment: A “Pixie Dust” hardpoint (to dazzle your friends) and a “Heat” insight (shows your weapon’s heat over your spacecraft for easier access without taking your sight off the battlefield).

Changes in this update may have potentially made certain waves easier/harder, so all Galactic Cup Knockout missions flown today so far have been reset, and you’ll need to play them again. A system announcement to this effect has been also sent in your in-game Inbox.

Any major issues will be fixed via an emergency patch in the coming 2-3 days, but otherwise updates will slow down or perhaps even cease during August.

why did the side slots (background,cuisine,musics) arrange in a vertical pillar instead of horizontally?
It should look alot cleaner if its set horizontally.
In presets they should be seperated with a comma in the order if the icons are placed horizontally.

why did the side slots (background,cuisine,musics) arrange in a vertical pillar instead of horizontally?
It should look alot cleaner if its set horizontally.
In presets they should be seperated with a comma in the order if the icons are placed horizontally.

Correct. Since you can now mount multiple music tracks, you need to be able to tell which one is which. So I had to also display the music name, which can take up a lot of space:

Couldn’t you turn this icon into a crystal ball just like for the 5 other unique insights, IA? 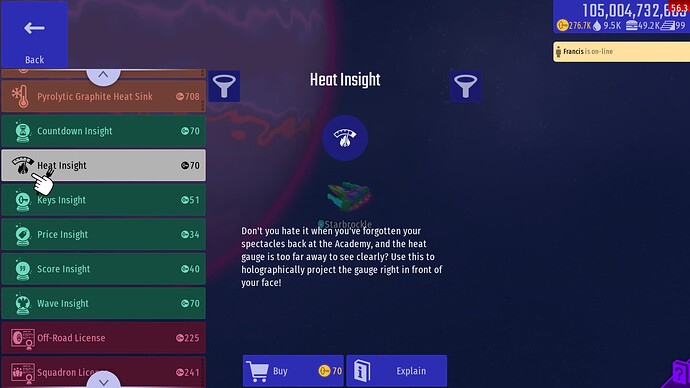 Also why when you load a cofig preset that have mount boss music, Is play the boss music?

Pretty sure the music is set as random from 1 of the 3 chosen.

I have noticed that these players are not leaving the stripes 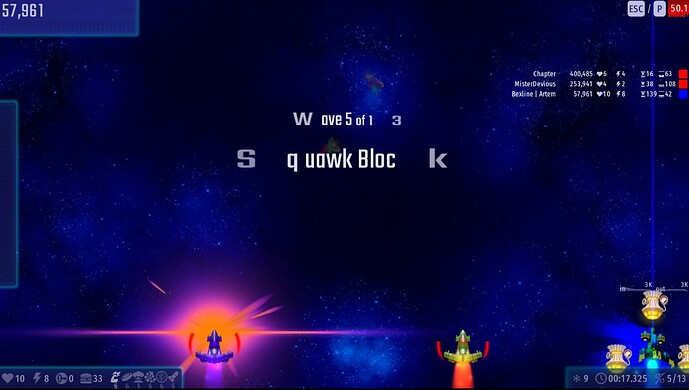 Also, shouldn’t it say: ‘‘Flagship doesn’t exist’’? I’ve never applied it to any of my spacecraft, therefore I find it funny. 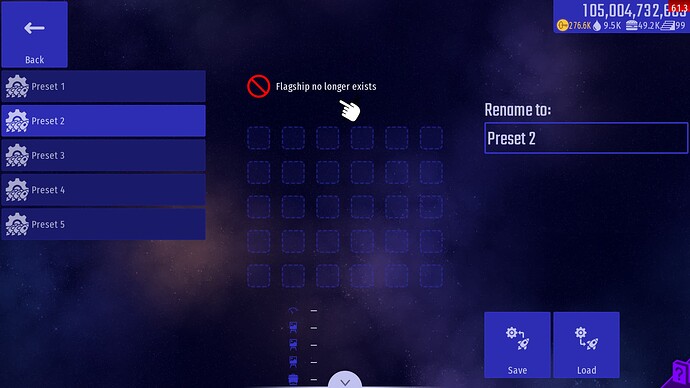 I have 3 cuisines: Pizza, Fried Chicken, and Popcorn buuuuuuuuuuuut 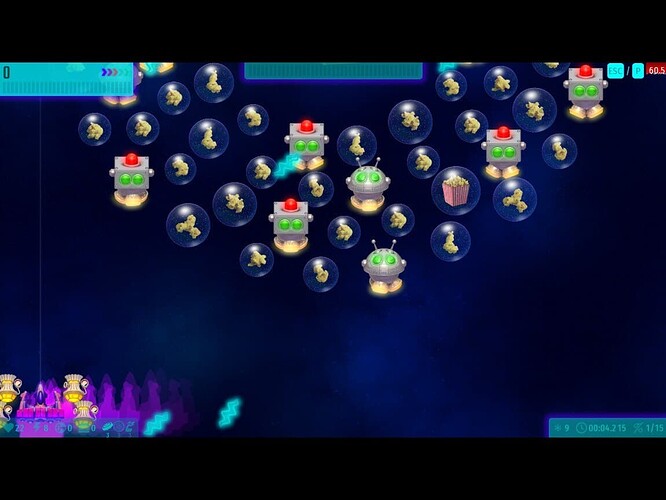 image1152×864 59.5 KB
It’s not random, is this a bug?
So this is random per wave, in Supply Droids, Line, Intergalactic Delivery, Guarenteed Delivery etc, Can every droid that is carrying bubbles with food have a random Cuisine for every Droid?
Bug? Idea?
CattyCheese July 29, 2022, 10:10am #13

If you select more than one, then it will be selected randomly per-stage

Apparently, sometimes, while playing a Boss Rush mission with 3 boss tracks (randomizer), once I defeat a boss with a specific boss track, and if the next boss plays the same track, the music will restart. And sometimes, when proceeding from a boss to another one, the previous track, instead of progressively stopping, continues and gets interrupted by the next one. Are those bugs, IA?

Description:
There appear few tentacles with footbals that they aim at you. After few seconds they hide into the ground and return with new footbals. They do it few times and then hide forever if you didn’t manage to kill them.

Finally, my prayers have been answered

(Thread with the idea here) 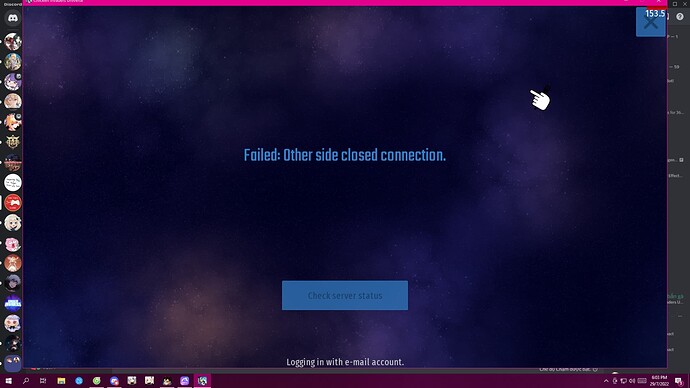 Idea: You can assign missions that you have played before.

Idea: You can assign missions that you have played before.