A lot of little fixes and quality-of-life improvements. Also, this update includes the second part of the spacecraft balancing changes (some of these changes might significantly affect the way you play the game – check the changelog for details). More balancing to come in the next update.

i have played the energy fences waves, and it seems that the enemies just pop up in position out of nowhere in the screen ( this happened on 100% difficulty) 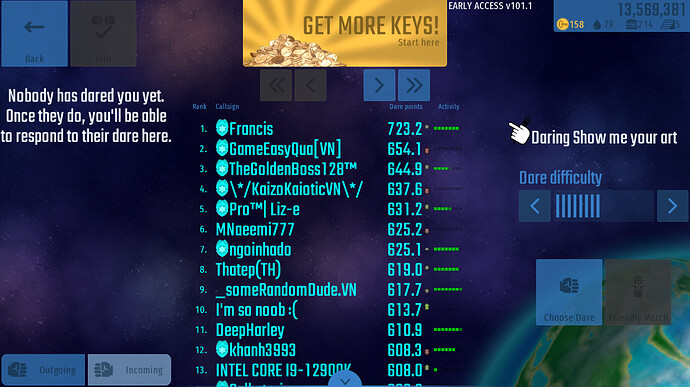 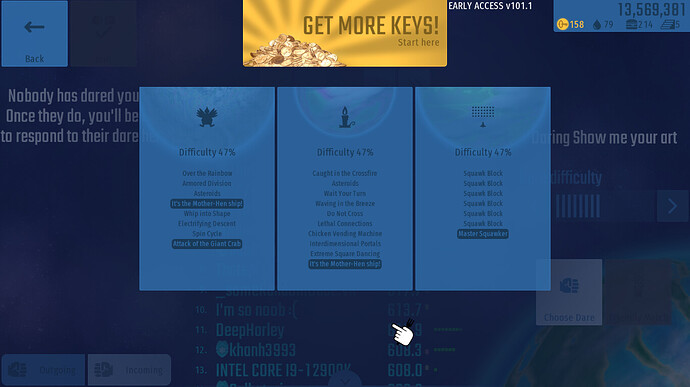 There is no dare buttton appeared, how did that glitch happened 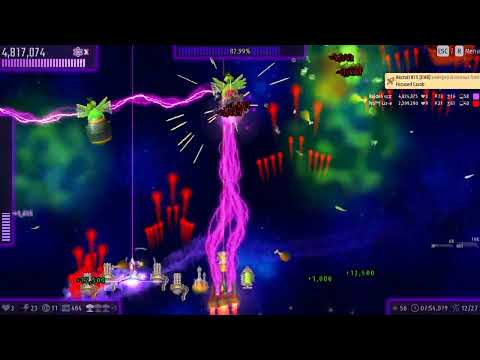 The enemies appear out of thin air

This is what i am talking about

It will instant kill you if stay to close (bug)

appear once you move the non-bomber spacecraft

It already does that. The circle is always shown when there is a speed limit. If you don’t see it, it means speed is unlimited.

energy fences waves, and it seems that the enemies just pop up in position out of nowhere in the screen

You can still dare

Although this helps with the issue you’re describing, I think this mechanic goes against common convention and hence player expectations, so I think it would be difficult to communicate this fact to players (that is, you’d still see the “who gets it first” behaviour we see now)

There were numerous changes made to CIU that went against the previously established convention built upon the episode, the change from manual fire to automatic fire, being one of them. If the overdrive info can be added to the tutorial, why can’t the info about shared food and keys be added to the Multiplayer tutorial. 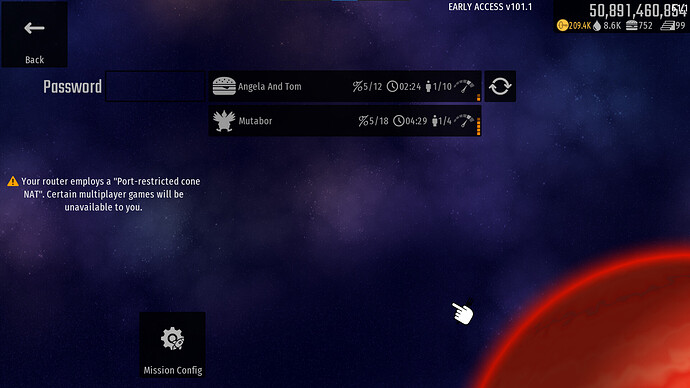 image1920×1080 326 KB
Besides, there’s lots of space to add an INFO button in the multiplayer menu in case people miss the in-game help button, I could already envision adding an info button near the mission config button. The info could contain the mechanics of multiplayer including how food and keys are shared among players among other multiplayer only mechanics.
1 Like
Instinct8 January 28, 2022, 12:40pm #16

Speaking of shared food and keys, why dont apply the mechanic of shared atoms when you die a lot. you get atoms specifically to you

the weapons work, thanks ia 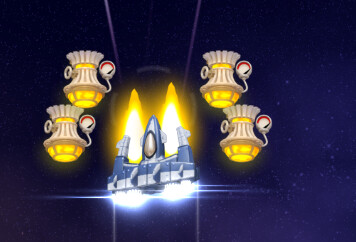 laser canon is a little different 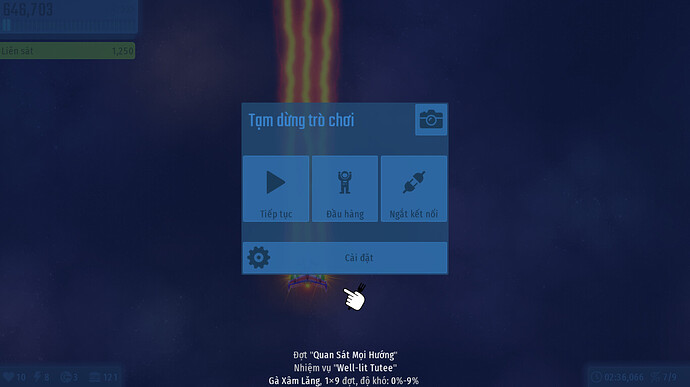 Besides which, if this isn’t possible, then the info could be added elsewhere. Like at the end of the mission, just like the game tells you your score is disqualified from the leaderbaords if you play a competitive mission in multiplayer