END OF EARLY ACCESS! Unbelievable. And it only took four years and 126 versions. Looking back at version 1, it’s hard to believe that this is still the same game at its core. Everything is familiar, yet everything has changed.

Let’s take a whirlwind tour of these past four years. Please keep your hands, arms, legs and feet inside the ride at all times, and remain seated in the ride until it comes to a complete stop and you are instructed to exit. Thank you.

But before we even get started, it must be underlined that the game as it stands today is almost exclusively the product of the player community. It has been your feedback, your ideas, and your bug reports that have shaped the game into the flawless masterpiece incomparably superior experience that it is today. Thank you to everyone who has ever contributed in any way – this is your game. Numbers don’t lie: 1148 idea medals and 812 bug medals awarded (so far) must certainly count for something. And that’s not even taking into account the years’ worth of ideas (565 currently) already in the to-do list, which are waiting for their chance to be realized one day.

Leaving Early Access will have practically no impact on the game’s continued development. Nevertheless, over the coming couple of months there won’t be any major content additions, because all effort will be concentrated on getting the mobile versions released. After the mobile versions are done, the development branch will most likely be split off into “stable” and “beta” branches for logistical reasons (or, alternatively, “rapid release” and “long-term support”). The details of this have still not been finalized, expect more soon.

Let’s face it: Chicken Invaders music is simply too good to only be heard inside the game. To this end, 2dB is preparing a monster quadruple album containing all original music from Chicken Invaders episodes (Revenge of the Yolk, Ultimate Omelette, Cluck of the Dark Side), as well as Chicken Invaders Universe itself. He’s even thrown a few bonus tracks in there. The soundtrack will become available on Steam sometime in January 2023. More news will come nearer that time. 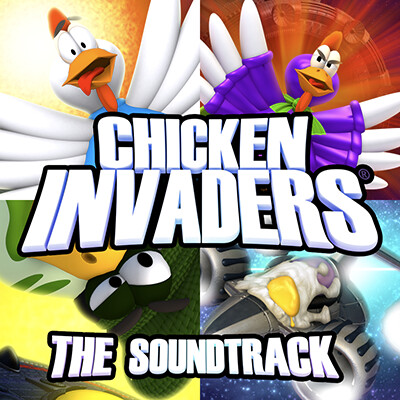 The Android version is already in the experimental stages. Over the coming few months, a version for iOS will initially become available, followed by the finalized Android version. Or perhaps the other way around. It’s still all a mystery.

To commemorate the 20th anniversary from the initial release of “Chicken Invaders: The Next Wave” (a.k.a. Chicken Invaders 2) on 22 December 2002, CIU’s “2002 party” mode simulates an (approximately) authentic 2002 experience: graphics have been reduced in color and resolution, music has been replaced with era-appropriate tracks, and certain special effects have been disabled.

This mode is still present in v.126, however it’s not the default and you need to manually enable it from the main menu (restart your game to turn it off again).

A series of multiplayer games will be hosted on Saturday, December 17th 2022. The details of these matches are still being worked out, and a schedule will be posted tomorrow. Footage from these multiplayer missions may be used in upcoming CIU trailers and promo videos on YouTube, so make sure you touch up your paintjobs and polish those exhaust nozzles before you join.

The game is still being listed as “Early Access” on Steam. It will undoubtedly transition out of Early Access, but at this point it’s still unclear whether Steam itself needs to validate the game before this can happen, or how long the process will take. Later today or possibly tomorrow is the most likely scenario.

I don’t know if this can be considered a bug, but it seems some accent marks can be cut off, due to how the text is aligned in the top listing. Take a look at the second person in my Group. The accent at the “start” of their username is cut off, but when you look at the fixtures for the day, that same character is visible (definitely due to the spacing of the text box and the text alignment there). I didn’t think much about this, but thought it’d be worth raising. 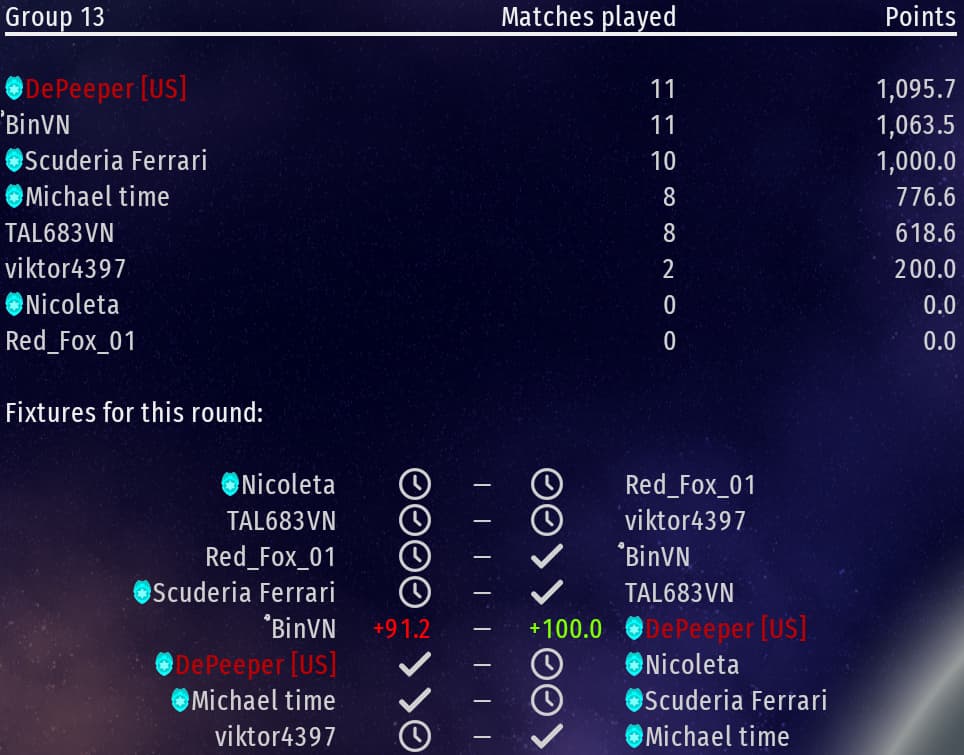 Finally, the time has come

I was outside the map

why version 126? i thought it was supposed to be version 1 since well, release

one thing I still wondering: will the Early Access category be deleted after this turn of the game?

will the Early Access category be deleted after this turn of the game?

Leave the EA category alone.
It’s enough that off-topic was banned and now you can’t search anything that was suggested there.

I can’t believe it the game is complete but

I thought the medal was removed.
But no… It’s still there, and any players who join UHF from this time, then won’t get it.
R.I.P Medal Medal for them

I can’t believe it the game is complete but

It’s not over yet.
The game is ready to be released but not yet fully completed: more updates will add more stuff in the future

(Although i joined the game 7 months ago lol)