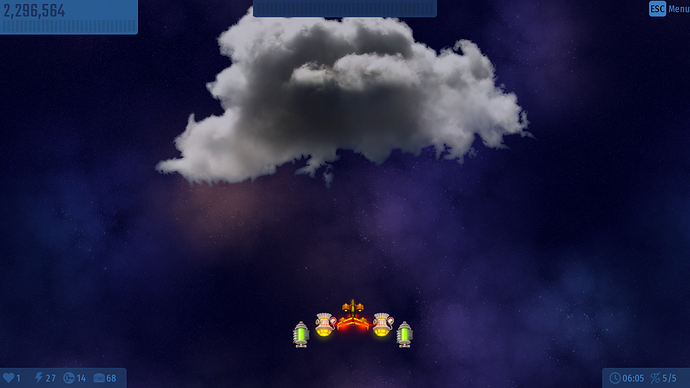 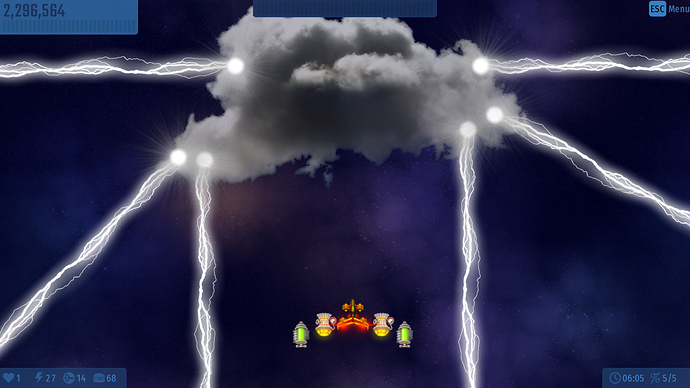 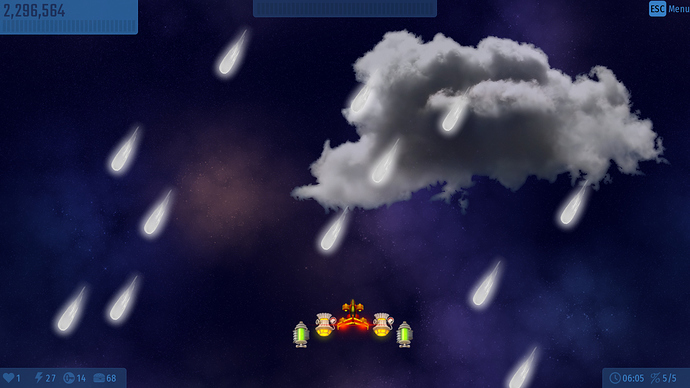 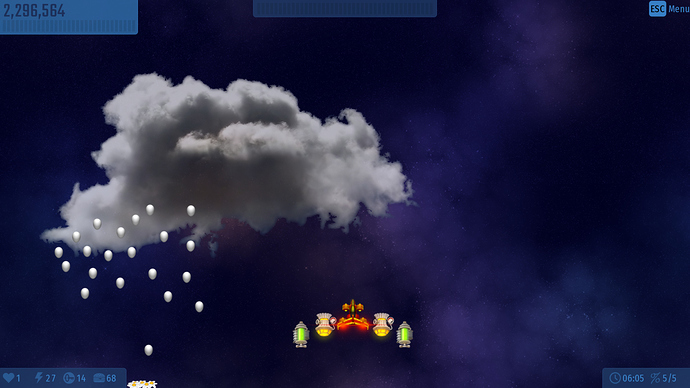 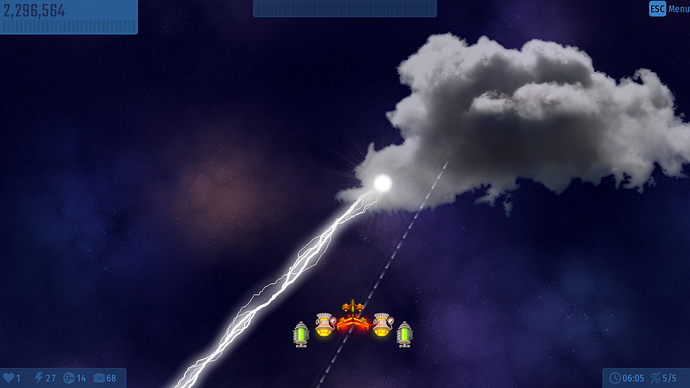 image.jpg1920×1080 537 KB
Cloud return to its previous position (or cloud is moving 10 second and it stop in randomly position) and cloud will return to first attack
41 Likes
Collection of ideas liked by InterAction Studios
Traveller April 4, 2019, 8:59pm #3

We wait until ſomething occurs to us. I haven’t had a major idea in ages.

But… why does it drop eggs? And I think it needs something intresting about it other than being a cloud.

i think the eggs would better be raindrops because rain

I like the idea but the eggs seem out of place. Yes, it could be created by chicken to destroy the hero but it got rogue and now lives in an electric planet. But if instead of egg , maybe it could be ice that is similar to the meteor level but just the size of eggs like eggs (probably bigger for low skill and smaller for higher skill). Thus, if it was like this, the entirity of the screen would be cover with this projectile. The eggs would provide area denial but this change wouldn’t but it would make the game more chaotic.

Edit:Instead of eggs, it is hail. 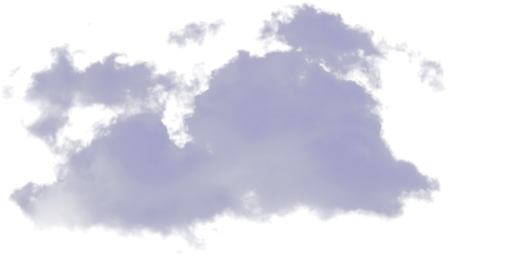 I have an idea: there are some small chicks near cloud (camera zooming out), so they manipulate this thing, or work on it? Or try to fix it? Nvm. You can use your bullets to dispel the cloud, you will see it’s core which is not protected and chicken inside (or everything above without chicks near cloud to reduce mobile lags). So there should be special cloud’s attack to protect itself.

so they manipulate this thing

What if there is an uco under the clouds that is reveald only when the boss dies? That could make sense over the eggs

I like very much the idea over this boss

well, we have chickens flying in space without any special suit

Put the real cloud in the game look weird

Cloudy with a Chance of Meatballs logic

-Chickens can fly in space eith using their wings…
-chickens can breath in space
-Chickens can lay egg every 10~ seconds.
-We are a person who kills the chicken with a fork gun.
Is that the only logical problem?

All of these are somewhat explained. Chickens are some otherworldly giant space chickens, and forks are a high class weapon.
Now a cloud is a cloud. It cannot drop eggs. Just like the hero cant teleport anywhere instantly. Unless its explained. Hero can use black holes, and the cloud is… well you gotta finish it.
Still you cant say something like “because”, it has to have an explanation.

Its an chicken UCO disguised as a cloud.

If it works in a way like Egg Cannon?

No, a cloud from Christmas Eve Crisis.