@InterAction_studios So, while i translate the game in french (also it’s not super accurate/have some errors, but french people will understand it) i saw a little problem :

See in french most of the time words are “inversed” with each other (for eg: Une pomme rouge/A red apple, here “red” means “rouge” and “apple” means “pomme”) so here the correct translation should be: “Depuis xx time”

French isn’t the only language being plagued with incorrect translations, Italian translation is pure Madness
I wouldn’t be surprised at all if there were more languages that had some questionable translations.

But we do appreciate your feedback!

It’s not like it’s incorrect of the translation itself (but like i say there could be some errors because most of them came from me and i’m not that good with english but i can understand most of it) it’s more of a word order problem because french is stupid and complex.

there should be an option to switch the order of certain words, hope it gets added 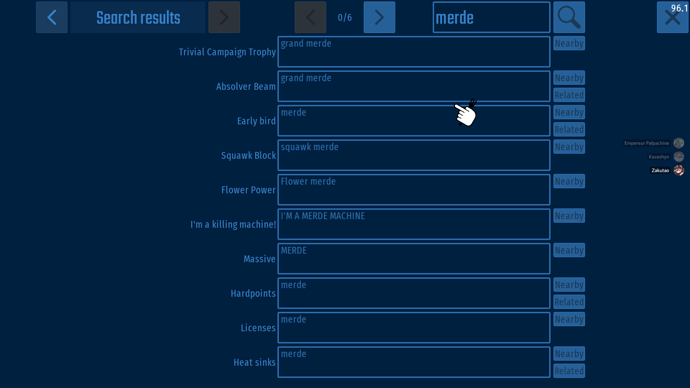 What can i do against that?

here the correct translation should be: “Depuis xx time”

How to translate the game

someone troll and translated almost everything to “merde”

I have deleted all entries. @TIGAR88 did this. He was banned from the forum and now from the game as well.